Antebellum, the mysterious new horror film from the producers of Get Out and Us, has a new trailer that sheds a little more light on the project's history-inspired plot.

Written and directed by the duo of Gerard Bush and Christopher Renz, the movie stars Janelle Monáe (Hidden Figures) as Veronica Henley, a successful woman who finds herself flung back in time to the age of slavery in a pre-Civil War American South. For context, the word "antebellum" is Latin for "before the war." Chosen by fate, Veronica "finds herself trapped in a horrifying reality and must uncover the mind-bending mystery before it’s too late," reads the official synopsis.

Beyond that, details are pretty thin, but it's refreshing for a studio release to remain this ambiguous in an age when a single trailer can give everything away.

Watch the latest teaser below:

Taking its cue from Get Out and Us, Antebellum looks to be a commentary on racial inequality and prejudice in the United States.

Antebellum opens in theaters everywhere Friday, April 24. The project marks the feature-length debut of Bush and Renz, who have, until now, cut their teeth on shorts and documentaries.

Using his magical producing skills that served him so well on the Harry Potter and Paddington films, David Heyman is now shepherding a new adaptation of The Secret Garden to the big screen. It's a rare thing, but the latest trailer for the movie (directed by Utopia vet Marc Munden, it's out next month) actually brought a tear to our eye.

Based on the beloved 1911 novel by Frances Hodgson Burnett, The Secret Garden is about Mary Lennox, a young orphan girl (Dixie Egerickx) who introduces love and wonder back into the dreary estate owned by her uncle, Archibald Craven (Colin Firth). Via the titular garden, which is full of otherworldly properties, Mary breaks her uncle's hard exterior and helps her bedridden cousin, Colin (Edan Hayhurst), enjoy his life for the very first time. 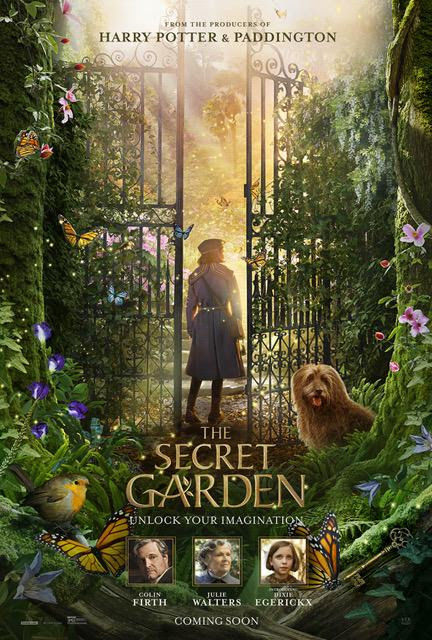 The publication, which won't be on sale until spring 2021, will be adapted for television.

The story centers on a woman in her mid-thirties who has suffered from anxiety and uncertainty for far too long. When she finds herself the lone survivor of a worldwide pandemic, however, she'll set out to forge a new life for herself, one unfettered from the expectations of other people.

“I was instantly struck by the distinctive tone of Bethany’s writing, and I’m determined the TV series lives up to the book in its ability to thoroughly entertain, whilst speaking honestly to a wide range of issues women face that rarely get discussed,” Marina Brackenbury, head of Scott Free's television division, told The Bookseller. “It’s a perfect fit for us here at Scott Free, combining the ambition to bring refreshing, contemporary portraits to the screen, with the cinematic scale of pieces the company are known for making.”

Companion star survives the hell fury of a supernova

‘Obi-Wan Kenobi’ Parts I and II finally say 'hello there'