The return of Michael Myers ... again?! A powerful sorceress coming to Season 3 of Marvel's Runaways?! A YA film project about clones?!

You best believe we've got all those things in the latest WIRE Buzz roundup of genre news!

Put on your favorite mask and pull the carving knife out of that butcher block!

In a Twitter post today, horror producer Jason Blum (founder of Blumhouse) appeared to hint strongly that he and Jamie Lee Curtis were working on a sequel to last year's Halloween sequel/soft reboot.

"We're discussing stuff," Blum wrote as the caption for a photo of him hugging a smiling Curtis. Oh, and don't forget that she's holding a freakin' Laurie Strode action figure in her hands. Unless this is one heck of a red herring, it looks like Michael Myers survived the blazing inferno of Laurie's house after all.

Written by David Gordon Green and Danny McBride, the 2018 film (also directed by Green) serves as a direct sequel to the 1978 original, ignoring all other follow-ups and continuities forged in the years since. Now a grandmother, Laurie, traumatized by what happened to her, has spent most of her life preparing for Michael to escape from prison. When that day finally comes, she's able to protect her daughter (Judy Greer) and her granddaughter (Andi Matichak).

Well received by fans and critics alike, the movie (produced and co-scored by John Carpenter himself) went on to make over $255 million at the global box office.

Elizabeth Hurley has joined the cast of Marvel's Runaways for the show's third season on Hulu, Marvel announced on its website today. Hurley, known for stints in genre films like Bedazzled and My Favorite Martian, will be taking up the post of Morgan le Fay.

“Elizabeth Hurley is joining the Marvel Universe and we couldn’t be more thrilled to have her portraying one of the most enchanting Marvel characters,” said executive producer and head of Marvel Television Jeph Loeb in a statement.

While an ancient staple of Arthurian legend, Morgan first entered the Marvel Universe in the mid-1950s through writer Stan Lee and artist Joe Maneely. A disciple of Merlin himself, le Fay has cemented herself as a sharp-witted villain with mastery of abilities one might associate with Doctor Strange or Scarlet Witch: the manipulation of mystic energy and astral projection. She's also got a crow as her familiar (sort of like the daemons in His Dark Materials or Salem the cat in Chilling Adventures of Sabrina).

There is no word on when Season 3 of Runaways will premiere on Hulu.

An adaptation of Replica is coming, and we don't mean the one with Keanu Reeves that flopped with critics and at the box office. With no relation to that film (notice the title is singular), this project will be drawn from Lauren Oliver's bestselling YA novel of the same name, THR reports.

Oliver (also author of Before I Fall) will adapt her own book into a screenplay, with Matt Kaplan (of ACE Entertainment) producing and Michael Fimognari directing. This will be their second team-up after the Netflix hit To All the Boys I've Loved Before, where Fimognari served as DP; he also directed the sequel and was DP on Warner Bros.' adaptation of Stephen King's Doctor Sleep. 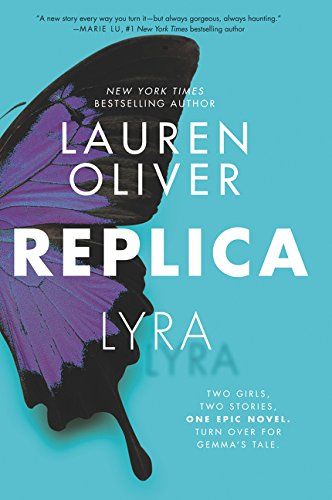 The book follows Gemma, a young girl visiting her father in a coastal Floridian town. After reconnecting with her childhood crush, Jake, Gemma bears witness to an explosion on the marshes. Afterward, a girl climbs onto her and Jake's boat, but here's the rub: She's identical to Gemma! This sets off a chain of events that draws our heroes into a dark conspiracy beyond their wildest dreams.

“Lauren’s beautiful coming-of-age story about what it means to be human resonated with YA audiences across the globe, and blending this narrative with Michael's experience in the genre space is exactly what we want to be doing at ACE," said Kaplan, in a statement. "We are excited to explore the ideas and themes that young people relate to and I can’t think of better people to tell this story with.”