If you find yourself a fan of Game of Thrones, M. Night Shyamalan, or John Carpenter, this WIRE Buzz roundup of sci-fi news should be a fun one.

You no longer have to be highborn in order to claim the Iron Throne for yourself. The auction house known as Profiles in History is auctioning off a life-sized replica of the chair that's caused so much trouble in Westeros for the last eight seasons.

Commissioned by the studio behind Game of Thrones, this replica was a part of the show's fan experience at Brooklyn's Barclay Center in March of 2014. George R.R. Martin and certain members of the cast were present for this event, with Martin actually "presenting" the Throne to the winner of a fan-based contest.

Profiles in History is also auctioning off a Game of Thrones painting by Sanjulian, a painting ordered for the show's exhibition at the 2013 SXSW Festival in Austin, Texas. 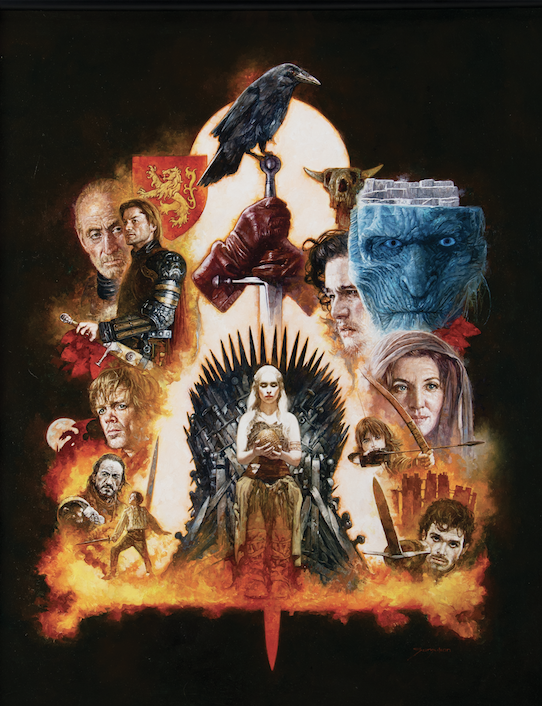 While the auction kicks off June 27 in Los Angeles, Game of Thrones concludes forever this coming Sunday evening on HBO. Hopefully, someone truly worthy of ruling the Seven Kingdoms sits on the Iron Throne by the finale's end — that is if Dany didn't destroy it when she decimated the Red Keep this past episode.

After wrapping up his Unbreakable "superhero" trilogy with March's Glass, director M. Night Shyamalan is now working on his next cinematic project.

"Outlining new film.... Has a little fun sci-fi bent. Feels so good to begin a new story," wrote Shyamalan in a Twitter post today without giving any more details away.

Since the last few of his movies have been released by Universal and Blumhouse, one could assume that he'll be continuing that working relationship with this new mystery project. Only one thing is really certain at this point: The story, as with all of Shyamalan's projects, will take place somewhere in or around Philadelphia.

Amassing just $245 million worldwide, Glass wasn't able to top the $278.2 million accrued by its predecessor, 2016's Split. In fact, it couldn't even outperform Unbreakable, which finished its run in 2000 with just over $248 million.

Currently in full swing, the Cannes Film Festival took the time to honor legendary horror filmmaker John Carpenter, AP reports. The director, known for such classics as Halloween, The Thing, and They Live, Carpenter was presented with an award for his incredible contributions to the field of moviemaking.

“It’s that transportation of an audience through the world of light and the shadows around it that I’m proud to be a part of,” Carpenter reportedly said.

In addition to writing, directing, and producing his own feature films, Carpenter is also well known for writing the music for them as well. When scoring 1982's The Thing, Ennio Morricone actually mimicked Carpenter's unique style that makes heavy use of synthesizers and other electronic instruments.

Dogs can smell stress through our sweat and breath