"I grew up watching Twilight Zone reruns and the original Amazing Stories with my parents,” Grahame-Smith said in a statement. “I've always wanted to make a genre anthology series that families could enjoy together, and do it in a way that delivered for kids and adults alike. R.L. Stine has been a part of millions of childhoods, and Disney+ has already proven itself as a place that knows how to make high-quality shows for the whole family. I couldn't be more excited to be working with both of them."

"Back in the day, we had a Goosebumps HorrorLand attraction at Walt Disney World,” Stine added. “It was one of the thrills of my life. Now I'm thrilled to be back with Disney for the TV series based on my graphic novels. Writing Just Beyond for BOOM! Studios has been a joy from the beginning, and I'm so happy to have the wonderful screenwriter Seth Grahame-Smith bring the series to life on Disney+. How lucky can I be?”

The Just Beyond: The Scare School graphic novel centers on a group of young students who uncover an otherworldly mystery in the halls of academia. The artwork was drawn by Kelly & Nichole Matthews (Pandora's Legacy). The cover above was illustrated by Julian Totino Tedesco (Life of Captain Marvel).

A writers' room is already being assembled as the show eyes a fall 2021 air date.

Under the Skin will be guided to the small screen by Silver Reel, which won a heated bidding war against A24 for the film's television rights, reports Deadline. Silver Reel helped finance the original movie from director/co-writer Jonathan Glazer, which was eventually distributed by A24 in the U.S.

Claudia Bluemhuber, CEO of Silver Reel, told Deadline that while the show will draw most of its inspiration from the Michel Faber novel on which Glazer's movie was based, it also hopes to be “very respectful” of the critically acclaimed film adaptation. 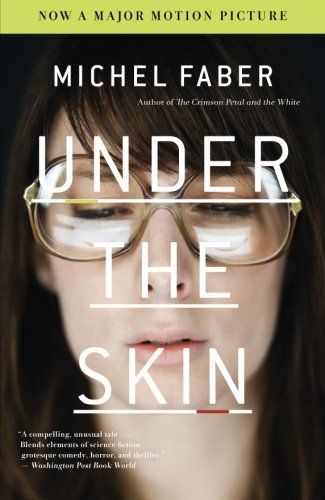 “We have writers in mind and we are talking to the various agencies for writers at the moment. We would like the writer to be British,” she said.

The big screen interpretation of Faber's book (originally published in 2000) stars Scarlett Johansson (Black Widow) as a predatory space alien who preys on unsuspecting men in Scotland. At this time, it is unclear whether Glazer or producer James Wilson will be involved with the TV series.

The Wonderful World of Disney banner is returning to television with a number of theatrical Mouse House films set to air to ABC in late May/early June, writes The Hollywood Reporter.

Moana kicks things off on May 20, leading a cinematic parade of Thor: The Dark World (May 27), Pixar's Up (June 3), and Big Hero 6 (June 10). Sure, these titles are also available to stream on Disney+, but nothing beats the old school practice of trying to make popcorn before the movie starts.

These features offer a chance for families to recapture the lost art of sitting around the TV together.

As THR points out, movie nights on basic cable were once a staple of television before they were phased out in favor of premium cable and, eventually, streaming platforms.

All Posts About
Movies
News
TV
ABC
Disney
R.L. Stine
Seth Grahame-Smith
WIRE Buzz
under the skin
You May Also Like
Recommended by Zergnet
Latest on SYFY WIRE