Get ready to take flight! The live-action Stargirl series will premiere on DC Universe Monday, May 11, the streaming service announced today. The first episode will then debut on The CW the following day.

Based on the Geoff Johns and David S. Goyer-created character from the late 1990s, the comic book show focuses on Courtney Whitmore (Brec Bassinger), a high school sophomore who "inspires an unlikely group of young heroes to stop the villains of the past." Courtney (who was inspired by Johns's sister who tragically perished in a plane-related accident) gains her bright abilities from a cosmic staff. Described as a "reimagining" of the '90s-era comics, Stargirl also includes the world's first-ever superhero team, the Justice Society of America.

According to the premiere press release, DC Universe subscribers get access to "extended versions of select episodes, behind-the-scenes footage of cast and crew, exclusive collectible pins and limited-edition posters, fan community forum to discuss the latest episodes and access to deep dive into all the comics that inspired the series."

The New Mutants has received an official PG-13 rating. Per FilmRatings.com, this rating is "for violent content, some disturbing/bloody images, some strong language, thematic elements and suggestive material. This may seem like a bit of letdown for Marvel fans since the final X-Men film of the 20th Century Fox epoch looks to be the first horror-centric mutant movie in history.

Written by Josh Boone and Knate Lee, the project follows a group of young mutants trying to escape a secret, mental asylum-like facility that is using their abilities for all the wrong reasons. Boone directs the ensemble cast of Maisie Williams, Anya Taylor-Joy, Charlie Heaton, Alice Braga, Blu Hunt, and Henry Zaga. Antonio Banderas is rumored to appear as well.

"I’d say biggest influences for this movie were [One Flew Over the] Cuckoo’s Nest, The Shining, and Dream Warriors," Boone told ScreenRant during a set visit. "Yeah, I do love Dream Warriors. I love the first one as well, but this is very much a rubber reality horror movie for the first 75 percent of the movie and then it becomes something else. But yeah, it really follows the logic of those early Wes Craven movies and all that.

While the film is still scheduled for an April 3 release date, Disney could end up delaying it once again in the wake of the coronavirus outbreak. Earlier today, No Time to Die became the first bona fide blockbuster of 2020 to vacate its April 10 debut because of the disease. The 25th James Bond movie (aka Daniel Craig's final outing as 007) will now hit theaters in November.

Mountain Man, Keith C. Blackmore’s post-apocalyptic novel from 2017, is getting the big screen treatment, Deadline has confirmed. The Traveling Picture Show Company, Balcony 9, and Productivity Media will co-produce a feature-film based on the book, which is the first in a series of five installments. Matt Deller has been tapped to pen the adapted screenplay.

The story follows Augustus Berry, a lone man trying to survive in a world of the undead. Haunted by alcohol-fueled depression and suicidal thoughts, his existence is upended when another survivor, a mysterious and beautiful woman, enters the picture. However, "she poses another threat altogether," reads the synopsis provided by DL. 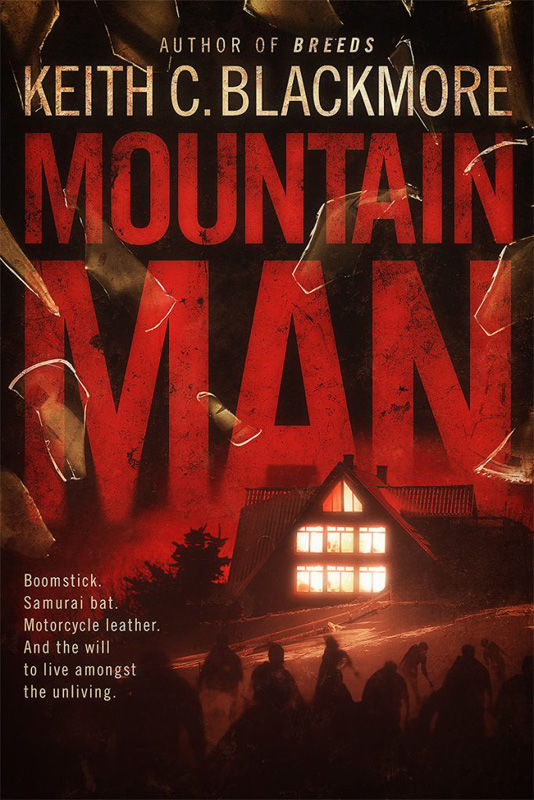 “I’m thrilled Mountain Man is being adapted for the big screen and incredibly excited for fans of the book and new audiences to see my stories unfold in all its cinematic glory,” Blackmore said in a statement to Deadline. “I couldn’t think of a better, more reputable team to back the development and production of this story, and I look forward to our collaboration.”

“Keith has created such a rich world in his series of books and we are excited to be working with screenwriter Matt Deller and our partners at Balcony 9 and Productivity Media to bring his work to the screen," added The Traveling Picture Show Company.