David Ayer issues final word on his 2016 'Suicide Squad' film: 'Studio cut is not my movie'

With a week left to go before The Suicide Squad brings its band of misfit heroes back to theaters, reviewers are already effusive in their praise. James Gunn’s fresh take on Harley Quinn and the rest of DC’s potty-mouthed destruction posse is getting an exuberant critical response far different from the one director David Ayer received, drawing upon the same source material, for his 2016 Suicide Squad.

But Ayer has long maintained that the theatrical version of his Suicide Squad differed vastly from the movie he wanted to make, and that the studio pressures to get the movie finished yielded compromises in the final version that ended up polarizing moviegoing fans. Those are compromises Ayer’s also said he’d love to untangle (if the studio would allow it) for a “director’s cut” version of the movie — a version that currently, and probably for the foreseeable future, has no plan for release.

With social media freshly abuzz with the fawning reception over Gunn’s new movie, Ayer has chimed in on Twitter — seemingly for the last time on the topic — to defend his larger creative vision for the 2016 film. And while he extends Gunn and the new movie warm hopes for success, Ayer sounds far less cordial toward the critics.

“The studio cut is not my movie,” Ayer flatly wrote in a lengthy, emotional open-letter media tweet he titled “My Turn.”

“I put my life into Suicide Squad. I made something amazing. My cut is intricate and emotional journey with some ‘bad people’ who are s*** on and discarded (a theme that resonates in my soul). The studio cut is not my movie. Read that again.

“And my cut is not the 10 week director’s cut,” he added. “[I]t’s a fully mature edit by Lee Smith standing on the incredible work by John Gilroy. It’s all Steven Price’s brilliant score, with not a single radio song in the whole thing. It has traditional character arcs, amazing performances, a solid third-act resolution. A handful of people have seen it. If someone says they have seen it, they haven’t.” 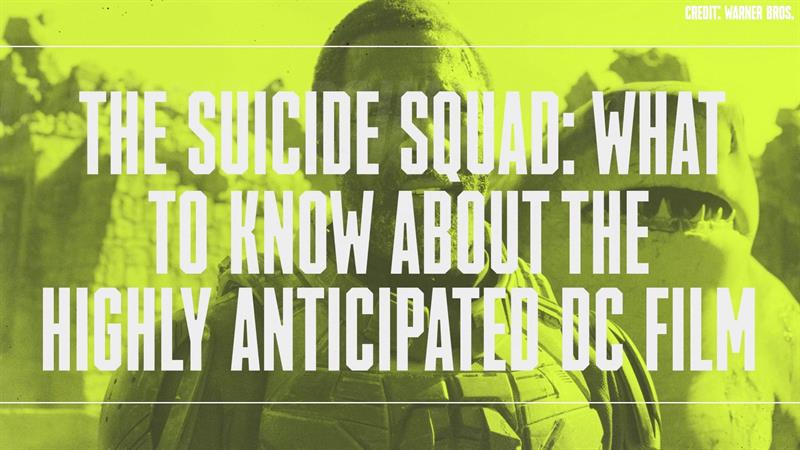 That last line likely refers to the various versions of Suicide Squad that Warner Bros. authorized ahead of its release, bringing in multiple editors to experiment with different cuts ahead of debuting the finished film — a movie that the studio nevertheless maintained was Ayer’s. “We did a lot of experimentation and collaboration along the way. But we are both very proud of the result,” Warner Bros. production president Greg Silverman and Ayer stated to The Hollywood Reporter near the time of the 2016 movie’s release. “This is a David Ayer film, and Warners is proud to present it.”

Back in the present day, Ayer’s conviction that fans ultimately missed out on a great Suicide Squad movie sounds firmer than ever — though the director seems resigned to let the box office tides sweep fans’ attention away from his unreleased edit and toward Gunn’s new movie. “I will no longer speak publicly on this matter,” Ayer wrote, while saying he still supports the studio and freely offering that he’s “so proud of James and excited for the success that’s coming.”

While it famously green-lit and released Zack Snyder’s marathon cut of Justice League, Warner Bros. has given no hint that it plans to release an Ayer-approved director’s cut of Suicide Squad. And whatever secrets an Ayer cut might hold, well — they’re likely to stay hidden. “I’ve never told my side of the story,” he wrote, “and I never will.”

As for Gunn's new movie, the wait's almost over: The Suicide Squad crashes the comic book party in theaters and at HBO Max beginning Friday, Aug. 6.