Since the inception of the "superhero" in the late 1930s, thousands upon thousands of comic books have chronicled their adventures. There have been two specific titles that have stood the test of time and within the last year have been able to achieve something massive, the issue number 1000. Last April, Superman's Action Comics accomplished the honor. Now, on March 27, Batman will follow suit with the release of Detective Comics #1000.

With 1000 issues comes quite a few (to put it mildly) stories over the years. If you were new to comics and saw a title reach number 1000, you wouldn't know where to start. Let us help. Here are ten great stories that can give fans an idea as to how worthy Detective Comics is to receive such a milestone. 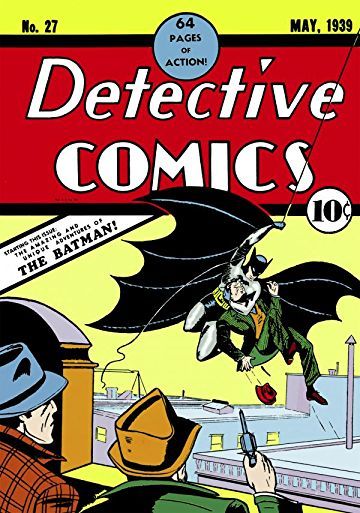 Sometimes you have to start at the beginning to understand greatness. "The Case of the Chemical Syndicate" featured the first appearances of both Batman/Bruce Wayne and Commissioner Gordon. In just seven pages, Bill Finger and Bob Kane were able to establish that Gordon was a no-nonsense policeman, Bruce Wayne was a bored playboy, and the "Bat-Man" relied on fear as a tool to thwart his enemies. Fast-Forward to 2019 and the characters still project these traits.

"The Case of The Chemical Syndicate" also established that unlike other superheroes making their debut around the same time, Batman didn't have powers. He proved that being a superhero didn't necessarily mean being able to fly or see through walls. A superhero took whatever it is they brought to the table and did extraordinary things with it to make the world a better place.

You can't get much more "Batman/Joker Classic" than this tale from Steve Englehart and Marshall Rogers. The Joker infected fish on the eastern seaboard with Joker venom, giving them his frightening visage. He then went on a murder spree, going after the city officials in charge of getting the "Joker Fish" copyrighted. He even pulled out an old favorite from his very first appearance, announcing the death of his intended victim over the airways.

Add to that awesome art by Rogers, who was able to make Batman's cape look like it had a mind of its own. (we're still trying to figure out how it was functional. Well, you know, comics). Rogers drew a classic final battle between the Dark Knight and the Clown Prince, resulting in the Joker falling into the Gotham river following being electrocuted on a steel beam. Any Joker story that followed probably used "The Laughing Fish" as a template. 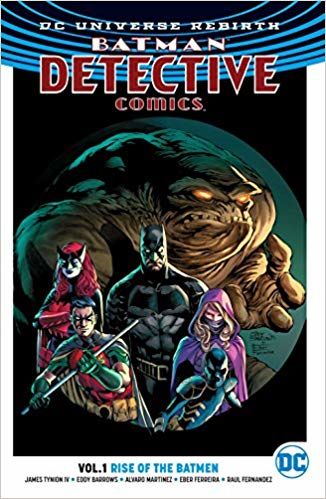 With the arrival of the DC Rebirth imprint, change came to the DC Universe. Rebirth was a way for DC to course correct many of the "misfires" made during the New 52, returning its heroes to their former glory while retaining continuity. Detective Comics was a part of that change. Reverting to its old numbering with issue 934, Batman, simultaneously a member of two iterations of the Justice League, realized that Gotham needed more protection than he was able to give.

Recruiting Batwoman as field leader, Batman brought in Red Robin, Spoiler, Orphan, and a redeemed Clayface to protect the city. Little did they know that the first threat they would come up against would be Kate's father, Jacob. He led a covert ops group called the Colony against Batman and his team, resulting in the supposed death of Red Robin, Tim Drake. Tim's "death" would not only set the tone for the book moving forward but tore the team apart right from the beginning. "Rise of the Batmen" was a great jumping on point for fans that didn't want to read 933 previous issues to get caught up. 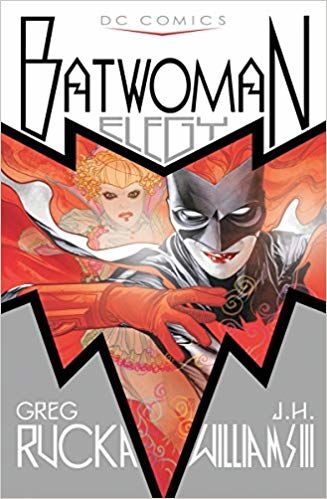 After her debut in the weekly series 52, Batwoman took the world by storm. So much that she took over the reins of the flagship Bat-Title. In her first story arc, there is a new queen of the Religion of Crime, Alice, and they have their sites set on both Batwoman and Gotham City. A fantastic crime story by Greg Rucka along with art by J.H. Williams III where every page could be a framed poster, "Elegy" gave fans insight into who Batwoman is, and ends on a cliffhanger that had fans clamoring for more.

When Bruce Wayne came back from the dead (as superheroes do), Dick Grayson continued his role as the Batman of Gotham while Bruce spanned the globe establishing Batman, Incorporated. Dick had filled in for Bruce on more than one occasion, such as when he was finishing his recovery from his back injury at the hands of Bane.

"The Black Mirror" is a three-part story told over ten issues in which Grayson's Batman goes against Tiger Shark who is running a super-weapon black market within Gotham. Scott Snyder showed once again why he's considered one of the best "bat-writers" of all time, and Dick Grayson shows why he should always be the heir apparent to Batman's cowl. We know Damian might have something to say about that, but the truth is the truth. 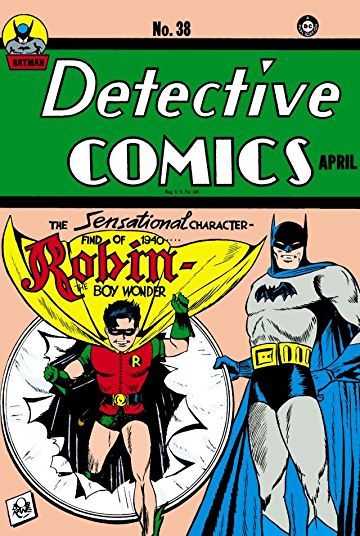 Dick Grayson, Jason Todd, Tim Drake, Stephanie Brown, and Damian Wayne have all held the mantle of Robin, the Teen Wonder. Robin has been an integral part of the Teen Titans. Nightwing is one of, if not the, best martial artists the world has ever seen, and he is arguably the most respected.

All of those things wouldn't have occurred if Batman/Bruce Wayne hadn't attended Haly's circus that fateful night that the Flying Graysons had their last performance. In taking Dick under his wing, Batman brought about a new era for the teenaged superhero. Moreover, while no one ever mentions it, he probably brought about hours and hours of Child Protection legislation and debate that is probably still going on within the DC Universe. 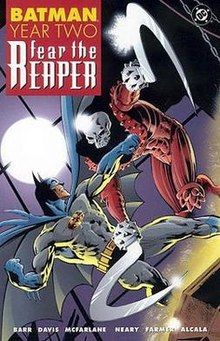 Before Batman prowled the streets of Gotham, the Reaper made his presence know to the city's criminal underworld. Unlike Batman, the Reaper would use deadly force to dispose of his adversaries. Still learning to become the Dark Knight Detective, "Batman Year Two" had Bruce Wayne questioning his career as a crimefighter. Should he use a gun? Is the "no killing" rule going to prevent bringing justice to Gotham City? This story helps define Batman emotionally.

If you've seen the classic Batman: Mask of the Phantasm, you can also catch many nods to this story throughout. From Phantasm's costume to the romantic subplot, "Batman Year Two" had an influence that grew beyond the pages of the comic. 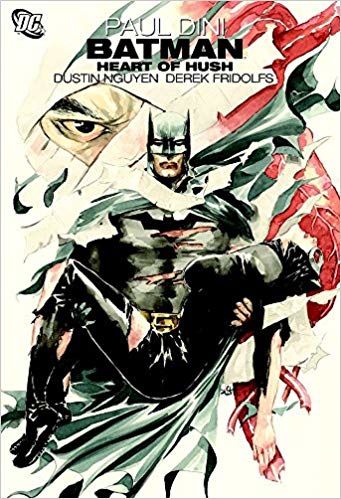 "Hush" is widely considered to be the ultimate Batman story. A year-long mystery about a man trying to take down the Bat, with both enemies and friends caught in the middle. It turns out that Bruce's childhood friend, Tommy Elliot is the man known as Hush, who resented Bruce for having everything he didn't.

"Heart of Hush" sees the return of Tommy Elliot, now even more determined to ruin Batman's life forever. This time he goes after the love of Batman's life, Catwoman, who was a significant player in the original story. After kidnapping her and stealing her, get this, heart, Hush leads Batman on a race against time with Catwoman's life hanging in the balance. Hush also reveals that he has had reconstructive surgery to become an exact twin of Bruce Wayne. Paul Dini (creator of Harley Quinn) did a fantastic job taking an already worthy foe and making him even more of a threat to the Dark Knight. 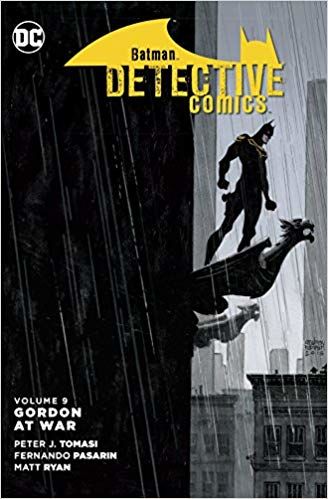 With Batman having gone missing following a battle with the Joker, the mantle was taken up by the most unlikely of sources: Commissioner James Gordon. Earlier we stated that Dick Grayson should always be the first choice to replace Bruce Wayne. With his police background, you wouldn't think Gordon would be a close second, but here we are.

While Gordon can achieve quite a lot now that he no longer has to deal with the red tape of the police department, he also must deal with the toll being Batman takes on a person. It's a great character study of one of Batman's closest allies, who tries to help the world understand that, much like the Nolan Trilogy had us believe, the Batman is not a person, but an idea.

The final story leading up to issue 1000, Tomasi and Mahnke did not pull any punches when it came to providing the Dark Knight with a challenge. When Gordon calls Batman to the Gotham Aquarium, the police discovered a pair of bodies made to look identical to that of Bruce Wayne's parents, Thomas and Martha.

The startling discovery leads Batman on a chase through Gotham to discover what villain (or villains) has uncovered his identity, and what they are after. This chase leads to the death of Batman's longtime friend Leslie Tompkins and twists that fans will not only see coming but will also make perfect sense for a Batman comic. It's the ideal story to prepare us for the next 1000 issues of Detective Comics.

It's a fan thing
Join SYFY Insider to get access to exclusive videos and interviews, breaking news, sweepstakes, and more!
Sign Up for Free
All Posts About
Comics
Features
Batman
Batman at 80
Batwoman
Detective Comics
Robin
lists
nightwing
Related Stories