As Americans adjust to life under lockdown, parents are seeking some solace of their own and searching for activities to keep their kids engaged and entertained. One great option? The vast and varied universe of comics. With an abundance of exceptional comic book titles aimed at grade-schoolers and pre-teens out there to choose from, it's often tough to find series that truly deliver an engrossing experience for young minds.

SYFY WIRE has picked out eight captivating comics that will offer kids hours of imaginative reading so their folks can take a breather and know the children are happily hooked on the colorful sequential art stories. All titles are available to purchase and read at quarantine-friendly digital outlets like ComiXology, DC Universe, and Marvel Unlimited. 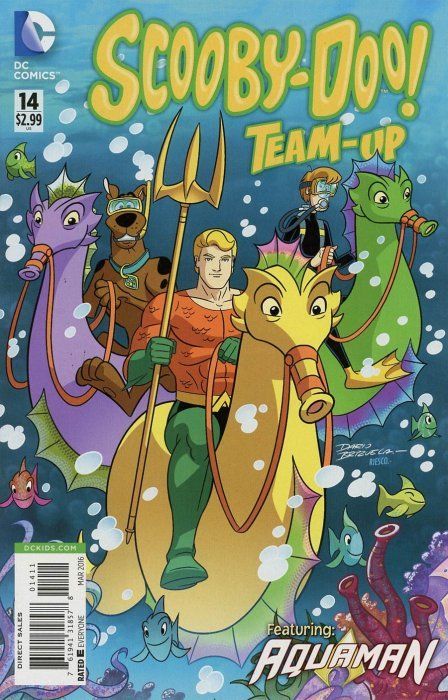 Scooby-Doo and the Mystery Machine gang unite with some of the greatest crusaders of the DC Universe? Yes, please!

Scooby-Doo Team-Up was a monthly series in which Scooby-Doo signs up with iconic DC heroes and characters from classic Hanna-Barbera Saturday morning cartoons such as The Flintstones, Jonny Quest, Dastardly and Muttley, Yogi Bear, Secret Squirrel, and The Jetsons. The series ran for 50 issues from 2013 to 2019, so there's plenty of entertainment for middle-grade kids and early teens with tons of time on their hands.

Was there ever a more perfect pair of friends? Brandon Montclare, Amy Reeder, and Natacha Bustos deliver the heartwarming tales of Lunella Lafayette, a young super-genius who carries the always-surprising Inhuman gene.

Her best pal is a hulking red T. Rex from another time teleported into her neighborhood. With her ability to swap bodies with her prehistoric buddy, Lunella and Devil Dinosaur become the craziest superhero team in all of New York. The series originated in 2015 and is still going strong, but kids can leap in at any point to enjoy its bold and brash adventures. 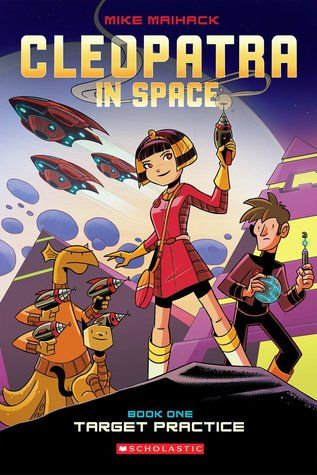 Blasting in from cartoonist Mike Maihack is a historical adventure with a compelling sci-fi twist. Young Cleopatra of Egyptian legend discovers a magical tablet that zips her from her kingdom beside the River Nile into the heavens. Her cosmic voyage takes her into the far future where she learns that she’s destined to rescue the entire galaxy from villains inhabiting planets beyond Earth.

When Cleopatra isn't saving the Milky Way from the evil Xaius Octavian, she's also a student at Yasiro Academy where she's developing superheroic skills to become the one and future Pharaoh.

Since 2012, My Little Pony: Friendship is Magic has been one of IDW Publishing's biggest titles and for very good reason. In the capable hands of writer Katie Cook and artist Andy Price, these candy-colored children's comics are smartly written and adorned with charming illustrations of all your favorites from Ponyville.

Pick up a stack, saddle up the kids, and have them gallop off into the Equestrian sunset with Twilight Sparkle, Rainbow Dash, Spike, Rarity, Fluttershy, Pinkie Pie, and Applejack to lift their spirits and ignite their imaginations.

Nimona began life in 2012 as a hit webcomic by cartoonist Noelle Stevenson (Lumberjanes) and has now blossomed into a certified sensation with a 272-page graphic novel collecting the entire irreverent series.

Nimona is a young shapeshifter hunting for a mentor to guide her through a wild, sci-fi/fantasy kingdom. As the apprentice to the dastardly mad scientist Lord Ballister Blackheart, sworn enemy of Sir Ambrosius Goldenloin, Nimona travels through medieval nightclubs, clashes with genetically modified dragons, and jousts using laser lances in an attempt to overthrow the mash-up world's corrupt government.

Nominated for an Eisner Award in 2015 for Best Digital/Webcomic, Nimona is being released by Disney as an animated feature adaptation on Jan. 14, 2022, with a script by Kubo and the Two Strings' Marc Haimes. 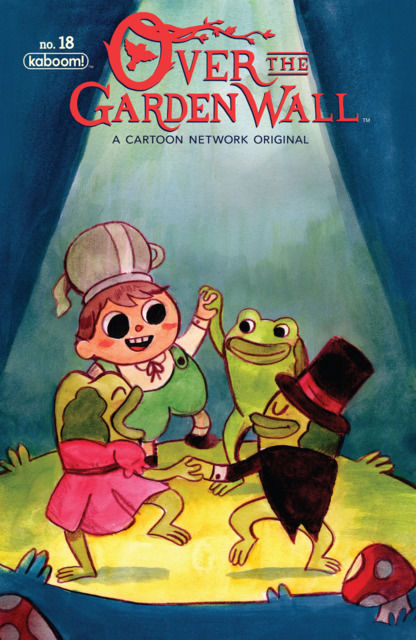 06. Over the Garden Wall — Boom! Studios

Those children (and adults) not familiar with creator Patrick McHale's Over The Garden Wall are in for a tremendous treat. The series began life on Cartoon Network in 2014 as a limited run of 10 semi-spooky animated shorts revolving around two precocious half-brothers named Wirt and Greg as they become lost in a supernatural forest called The Unknown, with Beatrice the talking bluebird tagging along.

Since then, Over The Garden Wall has expanded into multiple comic book series and graphic novels from Boom! Studios that beg to be explored for all their old-fashioned charm, autumnal flavor, and sophisticated wit.

There's nothing cuter than pint-sized superheroes making their way through the rigors of elementary school.

An ideal way to attract young readers into the DC Universe!

Nimona's Noelle Stevenson returns to this list alongside co-writers Shannon Watters, Grace Ellis, and Brooklyn A. Allen for this beautiful LGBT coming-of-age series that has garnered multiple national awards.

10 video games to scratch that exploration itch while you're quarantined

Did the Earth's core really stop spinning or reverse direction?

Thrashing out the details in 'Poker Face' Episode 4