Independence Day is a little over a month away, and while some of us will be outside enjoying the holiday, a good majority will be inside with their remotes, bingeing the latest season of Stranger Things. Now, in association with Baskin-Robbins, fans of the hit Netflix series can enjoy all the new episodes with some frozen treats inspired by residents (human or otherwise) of Hawkins, Indiana.

Depending on location, your local Baskin-Robbins may be done up to look like Scoops Ahoy, the ice cream shop featured heavily during the season. Regardless of where you get your 31 flavors, you’ll still be able to get some of the Stranger Things-inspired goodies like the ones below.

Unsurprisingly, Eleven’s Heaven features waffle cone flavored ice cream filled with sugar cone pieces and a chocolate-flavored coating. If you thought stealing her Eggos was a bad idea, here’s something she may crave more. 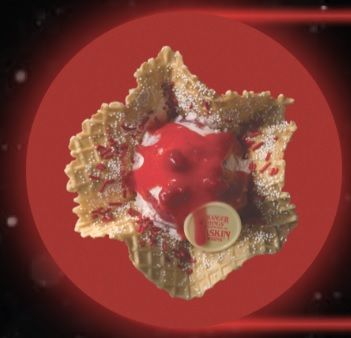 See, they’re not so bad. Well, not when strawberry ice cream and toppings make up their bodies instead of monster skin. Sitting in a waffle cone and covered in red sprinkles, this is one Demogorgon that you’ll be okay with confronting on your own. 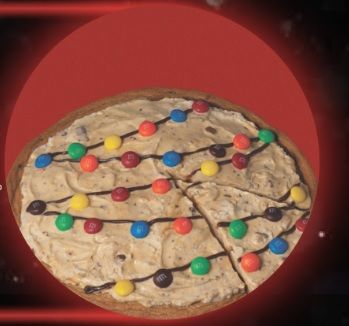 The Byers light show usually reminds us of Christmas, but now it can tell us of ice cream. Covering Snickers Ice Cream with a chocolate chip cookie crust sounds impressive in itself. Adding M&M “lights” would be the icing on the cake, but they’re M&Ms. They’d be “M&Ms on the cake.”

If you enjoy toys and clothes to go with your treats, fear not. Baskin-Robbins will also be selling stickers, ice cream quarts, a Steve Funko POP!, and Scoops Ahoy T-shirts. If you were wondering just how to get prepared for your next trip to the Upside Down, it’s ice cream. The answer is ice cream.

The demonic history of D&D's 'Strangest Thing,' the Demogorgon

Stranger Things turned the makeover trope on its head