Want a second helping of Bloodshot? In addition to the official trailer, Sony has also released the international trailer for David Wilson's adaptation of the Valiant Comics superhero. Where the U.S. teaser took a slightly lighter approach with the use of a Johnny Cash song, the international footage has a darker and more serious tone to it.

The comic book film stars Vin Diesel as Ray Garrison, a man brought back to life via nano-bots in his bloodstream. Made invincible by this new technology, Ray sets out to enact revenge on the people who murdered his wife. Even with his newfound abilities, he'll have to overcome the control of the people who created him—mainly Dr. Emil Harting (Guy Pearce).

As we prepare for the release of No Time to Die next April, Naomie Harris is keeping her options open when it comes to her role of Eve Moneypenny in the current James Bond universe. Recently speaking with ComingSoon.net, Harris revealed that she and director Barry Jenkins are interested in a spinoff centered on 007's fellow MI6 agent.

“Actually, Barry Jenkins, the director of Moonlight, he always said that he wanted to do a Moneypenny spinoff, so maybe...” she said. "I got him together with [Bond producer] Barbara [Broccoli], and they had a little discussion, but nothing’s happened so far, but you never know."

Harris is the fourth actress to play Moneypenny in the Eon continuity after Lois Maxwell, Caroline Bliss, and Samantha Bond — and the first actress of color to do so. She debuted in the Daniel Craig era with 2012's Skyfall and actually began the movie by accidentally shooting Bond, which gave him an excuse to go into hiding. By the end of the film, Eve had given up active fieldwork in favor of a desk job as M's office manager — the character's usual role in classic Bond flicks.

The most cynical and hardened PI in all of the Marvel multiverse is coming back to comics. Marvel announced today that Spider-Man Noir would be getting his own five-issue limited series next year from writer Margaret Stohl (The Life of Captain Marvel) and artist Juan Ferreyra (Killmonger). This time around, the Nazi-punching detective is leaving the comfort of New York City for exciting adventures abroad.

"I’m so excited to bust Spider-Man Noir out of New York City and let him loose on the other side of the pond," said Stohl in a statement to Marvel.com. "Without saying too much — London, I hope you’re ready for this, because the friendly Noir neighborhood just got about five countries bigger.”

Feast your eyes on some concept art below, courtesy of Marvel.com: 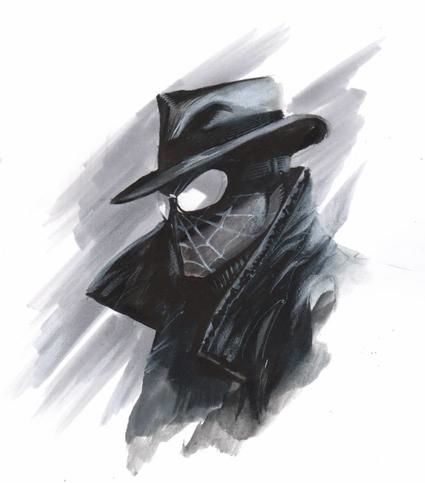 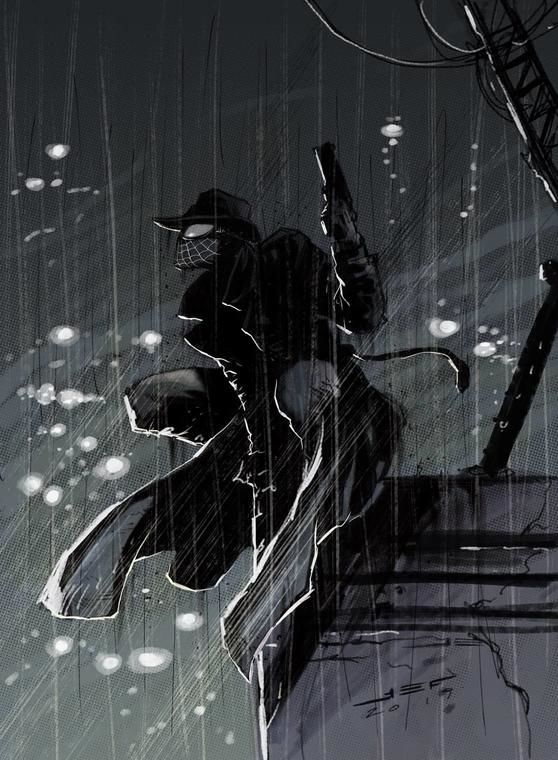 The character of Spider-Man Noir hasn't appeared in his own title since the "Eyes Without a Face" storyline in 2009. Since then, he's showed up in crossover events like Spider-Verse and Spider-Geddon. In the Oscar-winning Spider-Man: Into the Spider-Verse, he was voiced by Nicolas Cage.

“The last time we saw him, Spider-Man Noir was murdered at the hands of the Inheritors during Spider-Geddon," the book's editor, Devin Lewis, also told Marvel.com. "But ... after being resurrected through magical means in the forthcoming Spider-Verse #5, Peter Parker of Earth-90214 is going to learn that his world is a whole lot bigger than two-bit gangsters tearing up his friendly neighborhood."

Issue #1 of the new Spider-Man: Noir comic will arrive sometime in 2020. Christos Gage will help set the stage for the limited series in Spider-Verse #5, which hits stands in February.