In 2017 we were blessed many times over in Taika Waititi’s debut MCU masterpiece, Thor: Ragnarok. Many. Times. And one of those times was fairly early on in the movie when our favorite chaotic brothers, Thor and Loki are in New York City. Loki makes a fool of himself and Doctor Strange is like NOT ON MY WATCH, B*TCH and throws him into what I can only assume was an Alice in Wonderland-style fall for 30 full minutes.

Part of what’s so wonderful about Waititi’s Ragnarok is that he takes characters that we had spent a decade learning were badass and cool, and he asks: 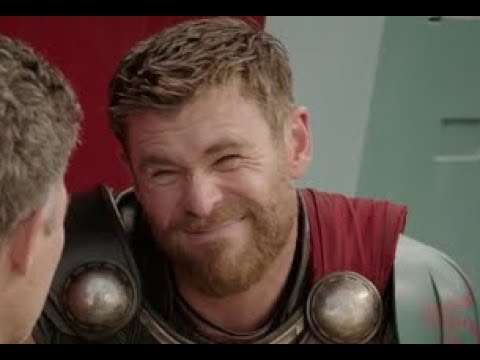 So, Loki, for instance, was THE Big Bad of 2012’s Avengers. Tom Hiddleston is legitimately great at playing Loki as this horrible, evil character. Even in the Thor sequel, Loki gets to have some gravitas added to make him less capital-E-evil and more of a well-rounded character, but the dude’s still respectable. He’s still Loki.

Waititi does not give a f*** about those italics. No one is safe in Ragnarok, but it’s Loki who gets sent tumbling down for 30 straight minutes (or three and a half in actual movie-time), forgotten by the audience while Thor gets the deets from Strange on his missing papa god.

I genuinely do not think I’ve ever laughed harder in a theater than Tom Hiddleston landing with a thud in Strange’s foyer, belly flopping onto the ground and looking furious. That hair flip and his delivery of “I have been falling for 30 MINUTES” lives in my head rent-free.

It's a fan thing
Join SYFY Insider to get access to exclusive videos and interviews, breaking news, sweepstakes, and more!
Sign Up for Free
All Posts About
Fangrrls
Movies
Chosen One of The Day
Thor: Ragnarok
Tom Hiddleston
You May Also Like
Recommended by Zergnet
Latest on SYFY WIRE