Slade from the Teen Titans Go is the Slade to write home to your mama about. No, he is not Deadpool, but he can do some pretty cool thumb tricks just the same. Instead of sticking his thumb where it doesn’t belong (or maybe does), he’s just removing it with optical illusion wizardry. On Teen Titans Go!, Slade is a real entertainer, honestly. That’s not even the best part about him, though; his entire aesthetic is really where it’s at. He's a true villain with style. 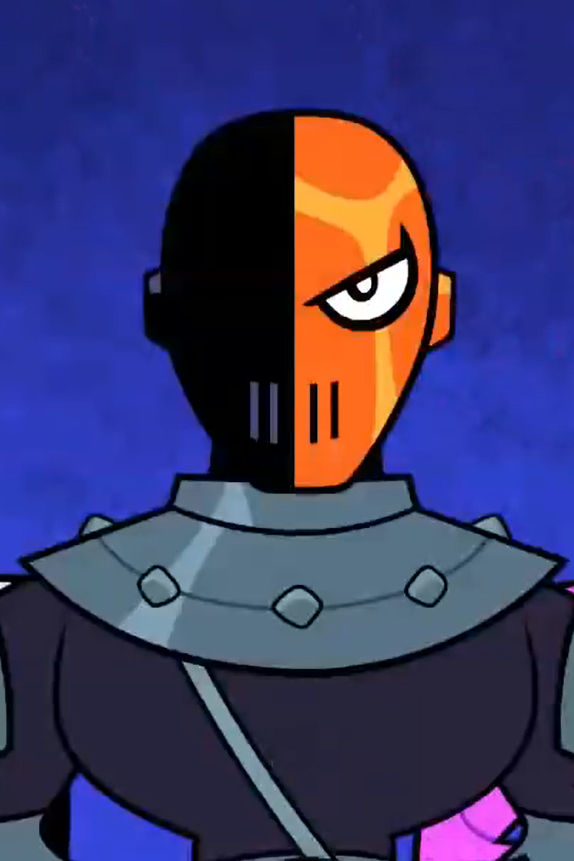 Slade’s helmet looks like he has an asymmetrical bob that he let fall over his right eye. His helmet is the Aaliyah/Monica Brown mashup we didn’t know we needed until we got it. The left eye that’s visible makes use of a daring wingtip mascara look, which really sets everything off. His helmet is beat to Wonder Woman's deadbeat god of a father, Zeus.

Bringing things back to Monica, one of Slade’s sayings is “Your mind is mine," a perfect play on The Boy is Mine” the hit R&B duet from the ’90s featuring none other than Monica and Brandy.

So, really, the Teen Titans Go! Slade is actually the Monica-Brown-as-a-DC-villain cosplay we’ve needed since yesterday. Beast Boy could be the Brandy to his Monica since they’re both usually fighting over Terra’s mind. Teen Titans Go! is missing out on comedy gold by not having done a “Your mind is mine” parody yet. Hopefully, they realize what a diva they have in their version of Slade before the series gets rebooted... AGAIN.

It's a fan thing
Join SYFY Insider to get access to exclusive videos and interviews, breaking news, sweepstakes, and more!
Sign Up for Free
All Posts About
Fangrrls
TV
Chosen One of The Day
Teen Titans Go!
Related Stories