Subaru’s favorite place is his cockpit. The cockpit of his battleship of course. He loves it immensely since it keeps him from having to interact with others. Super relatable.

Second only to his cockpit, he stans food, a true space foodie. He eats rice off of his own body, noting that the saltier areas make the rice taste delicious. If you’re wondering if he ate rice off of what you may consider to be one of the sweatiest places on the body, the answer is yes, yes he did, and he did it while in the cabin of his ship. Subaru also likes to talk to inanimate objects, like the pubic hair he once found floating in his ship. He and the piece of hair become really great friends — it even sacrifices itself to save him at one point. 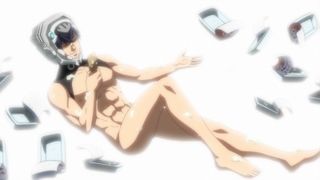 This space pilot is as neurotic as they come, which makes it completely understandable why he loves his solitude. Subaru likes feeling secure and what better way than in the cockpit of his ship, where there is enough room for one person and maybe a pubic hair?

It's a fan thing
Join SYFY Insider to get access to exclusive videos and interviews, breaking news, sweepstakes, and more!
Sign Up for Free
All Posts About
Fangrrls
TV
Chosen One of The Day
Space Battleship Tiramisu
Related Stories