The first day at WonderCon was dominated by announcements about what's to come from the DC Universe. The DC streaming site has won over fans with its live-action adaptations of Titans and Doom Patrol, and it's got a lot more coming very soon.

Mark Verheiden and Gary Dauberman are helming the Swamp Thing series, which follows Abby Arcane (Reed) as she investigates a deadly swamp-born virus in a small town in Louisiana. Of course, she soon discovers that the swamp is home to some mystical and terrifying secrets -- including Swamp Thing himself.

Swamp Thing isn't the only new series sprouting up on DC Universe, with the live-action take on Stargirl, starring Brec Bassinger as the cosmic hero. According to Deadline, the series won't launch until early 2020, but we got an early look at Stargirl's super suit in the meantime. 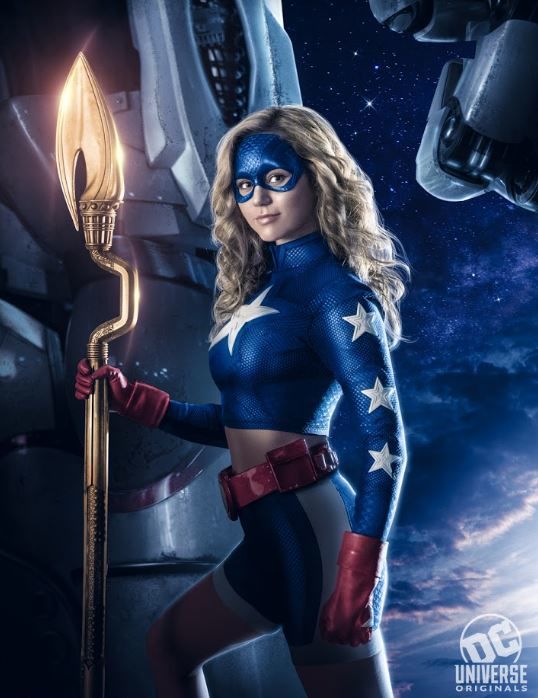 The series follows high school sophomore Courtney Whitmore, who inspires an unlikely group of young heroes to come together. The drama plans to reimagine both Stargirl and the very first superhero team, the Justice Society of America.

The series is executive-produced by Greg Berlanti, Geoff Johns, Sarah Schechter, and Melissa Carter. Johns, who's also acting as showrunner, originally created the character in 1999 as a tribute to his late sister, who died three years prior in a tragic accident.

The Big Bang Theory star and Red Vines fan Katie Cuoco will voice Harley as well as executive-produce the series. Batman will be voiced by Diedrich Bader, who also voiced the Dark Knight in Batman: The Brave and the Bold.

There's no exact date just yet, but look for Harley Quinn sometime this fall.

Speaking of fall, that's when DC Universe's inaugural series, Titans, will return for a second season. In addition to the returning cast, Season 2 will introduce Joshua Orpin as Superboy, Esai Morales as Deathstroke, Chella Man as Jericho, and Chelsea Zhang as Ravager.

However, new and returning series wasn't the only thing on DC Universe's agenda. The streaming service is offering a significant upgrade to the comic book portion of its membership. While the previous option offered a curated selection of titles, now DC's entire digital backlog will be available to subscribers at no extra cost, according to The Hollywood Reporter.

Additionally, beginning in April, every new DC Comic will become available on DC Universe 12 months after its print publication as part of the service.

All in all, DC Universe is really stepping up its efforts to entice customers with an array of exclusive content. If you're curious to check it out, you can find out more about the streaming service from its website here.