Important Toy News: A life-size Harley Quinn statue takes on a $1,000 Gundam. Who will win?

Welcome back to Important Toy News, the SYFY WIRE column that makes sure you know everything about the coolest findings in the toy world this week. Join me, your friendly internet toy journalist, as I lead you on an incredible journey through a new world of toys and action figures in amounts so copious, it will leave your bank account gasping for breath.

We have a lot to cover this week, so let's jump out of the toy bin, because these goodies are too big to store in there anyway. 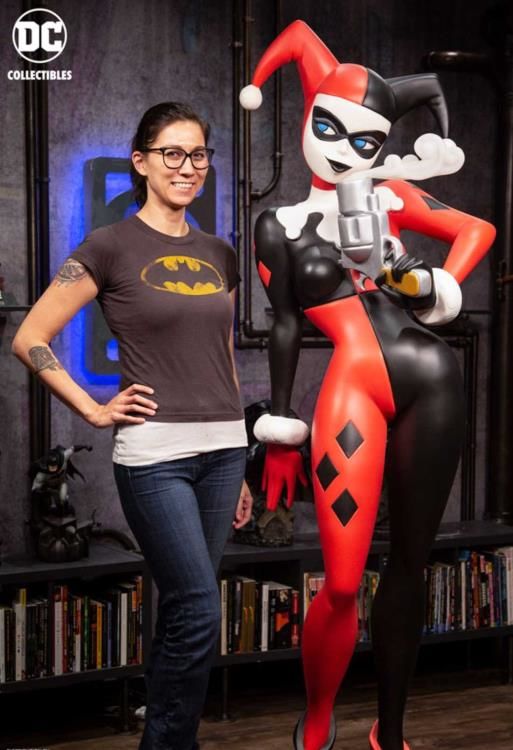 Loyal readers of Important Toy News, do you remember a few weeks ago when we discussed a Back to the Future DeLorean model kit that literally cost as much as an old beater car? Well, we're going to top that this week.

Now available to preorder from DC Collectibles comes a larger-than-life-sized, super-premium Harley Quinn statue that you can own for $5,499.99. Seriously, this Harley Quinn statue is enormous — just look at her standing next to that DC employee in the above picture. She stands 5 feet, 6 inches tall (which is bigger than a lot of people), is made from fiberglass resin, will be released in November of this year, and probably costs more to ship than a full year's tuition at your local community college.

Life-sized Harley Quinn might look pretty badass hanging out at your pop culture goodie shop, or in the entryway of your comic book convention, but if you're a home collector, you've got to have a multi-room collection house in order to present this properly.

On the topic of premium collectibles that cost too many dollars in a row, let's take a look at the newest unveiling direct from Japan.

Coming soon from Bandai is a creation called a Metal Structure Gundam that costs $1,000. It is 1:60 scale, so on the larger side compared to the usual 1:72 (though still only 14.5 inches), and comes with 2,000 parts. It even takes batteries, which I presume is to make the eyes glow.

As someone who loves Gundam figures and giant robots of all flavors, this is still a price range I can't get behind. I mean, I can get this Sico the Robot from Rocky IV brand-new from Super7 right now, today, no questions asked. He's totally awesome and only costs $14.99. Take that, money-stealing Gundam — joke's on you! We're going to ride the final crest of that E3 wave and take a peek at the newest video game toys of the week. This one, a fresh revision of Mortal Kombat's Scorpion made by Storm Collectibles, is mad impressive. They did have a previous release of this figure, true, but this is a new body sculpt for extra articulation and poseability. And while Storm did announce Cyrax from Mortal Kombat and Cammy from Street Fighter V action figures, it was the Scorpion here that really blew me away. It has an MSRP of $70, and the figure will be first to market at San Diego Comic-Con. It is not an SDCC exclusive; that is just the first place fans will be able to see the pieces on display.

Are you guys ready for some superhero and comic book toys?

The first one is a first-to-market at San Diego Comic-Con item that was just announced and didn't make it onto our roundup list from the other day. Hasbro is showing off The Incredible Hulk as its first Marvel Legends toy exclusive for the massive convention. It is presented in retro-style Toy Biz packaging, comes with a pipe for ... you know ... smashin' stuff, and has an MSRP of $34.99.

You've got to remember that the typical Marvel Legends figure is about $19-24, so we are definitely paying the SDCC specialty price for this. The good news, however, is that Hasbro will carry this item at other conventions around the country, and will sell the figure in limited quantities on Hasbro Pulse.

Can't get enough Hulk? Bandai will fix that for you. Set with a release date of October 2019 and an MSRP of $84.99 comes the Avengers: Endgame S.H. Figurarts Hulk. While that may be a heftier price tag than some of us want to spend, this figure is pretty big for an S.H. Figurarts. Instead of the usual 5.5-6.5 inches, Hulkie lumbers in at 7.5 inches of fun. He comes with an alternate head and a second set of hands and can be preordered from BigBadBadToyStore today. 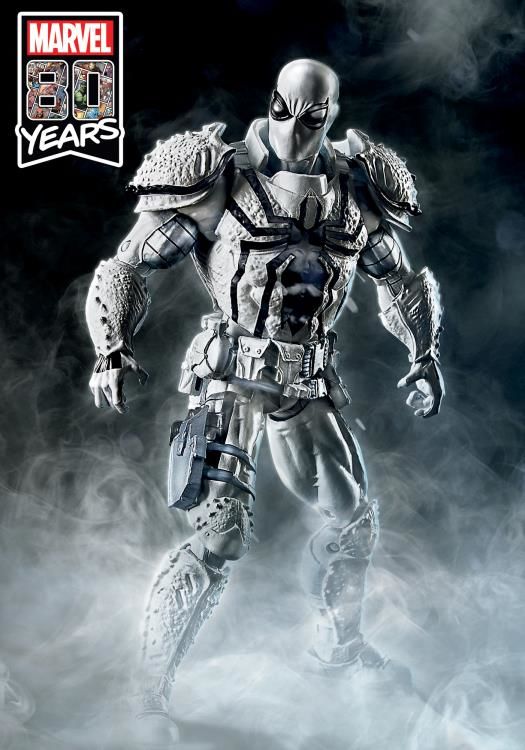 It's another reveal from Hasbro's Marvel Legends, only this time it's a Fan Channel exclusive. Agent Anti-Venom from the Spider-Man franchise is part of the Marvel 80th Anniversary line. He is 6 inches tall, completely poseable, has an MSRP of $22.99, and will be released November of this year. Plus, he's all silver.

I don't know if this is just me or I'm weird (don't answer that), but I just have a soft spot for silver or gray toys, statues, and action figures. Keeping it in the Spider-Man universe, high-end toymaker Hot Toys is showing off its new Scarlet Suit Spider-Man. This item was a 2019 Toy Fair exclusive, but now it seems the general public is able to get their hands on it.

Inspired by the new Spider-Man video game, this 1:6 scale figure has a price tag of $251 ... and can only be obtained via waiting list. Maybe. If you're lucky ... ish. It will be released sometime between September and December of this year.

And last but not least, my toy collecting friends, is another item that sold out in seconds that none of us can have. But that won't stop us from looking at it, will it? Never! No one tells me what my peepers can and can't ogle.

Newly unveiled from Mezco Toyz in its One:12 Collective line (for $125) comes Commissioner James Gordon who comes equipped with... the Bat Signal. That makes me so flippin' happy. As if this item wasn't fantastic, and the Bat Signal wasn't a delight, the toy photography from Mezco Toyz really just takes it home for me. Keep your eyes on Mezco's site for restocking information, if any, and see if it end up taking this item to San Diego Comic-Con or any other summer conventions near you.

If you can't wait, you could just reenact these pictures with a Ken doll, a Sharpie marker mustache, and a construction paper cutout of the Bat Signal. Which after seeing the breathtaking mass of toys announced this week is all that my money-drained self will be able to afford.