Welcome back to Important Toy News, the SYFY WIRE column that takes you on a fury-of-the-wild adventure in toy collecting. Join me, your resident toy journalist, as we discover new toys, drool over vintage ones, and insist that we need the four hundredth reissue of those beloved Ninja Turtles (or whathaveyou), and damn right we will buy them, because that packaging is a variant!

Let's just have a look at the toys.

First up, our resident dancing clown buddy is larger than life and with great height comes great financial responsibility. No really, this toy is nauseatingly expensive. But with a name like NECA Toys, you know it'll be good! From It Chapter Two, the life-size foam figure of Pennywise will add a terrifying presence to any room, from home to office to retail environments! Pennywise stands over 6 feet tall. The figure is made of foam rubber and latex that's carefully hand-painted for realistic detail. He has an MSRP of $1,299.99, will ship in February 2020, and can be preordered today.

Yeah, suddenly that $575 Transformers Unicron and Super7's $600 Snake Mountain aren't looking too bad, are they? Much like the life-sized Harley Quinn statue we discussed in this column not too long ago, this piece would be excellent as a display piece at a horror convention, in a comic book store, or just hanging out in my room looking cool.

Next up is a masterpiece from Hot Toys, one so deliciously scary that preorders sold out within minutes. And it just went up for preorder yesterday! Are you kidding me? New from Hot Toys is a movie-accurate Pennywise the Clown with an MSRP of $266. This 1/6 scale figure stands over 12 inches tall (that's a lot of murder clown, though nothing on big six-footer up there).

While Hot Toys are (understandably) expensive, you really do get your money's worth. In the box comes an alternate head, 11 pieces of interchangeable hands (claw attacking hands, grabbing hands, fists, balloon holding hand, and four gesture hands), and features 30 points of articulation.

And though that one is sold out, you can still have a Pennywise the Clown from Hot Toys. Their cutesie line called "Cosbaby" features a new Pennywise the Clown with his tongue sticking out. With a look somewhere between Good Smile Company's Nendoroids and Funko Pops (which also has tongue-out Pennywise in its portfolio), you're bound to be charmed by these little cuties. Baby-Tongue Pennywise stands just over 4 inches tall, has an MSRP of $27.99, and is available for preorder today. 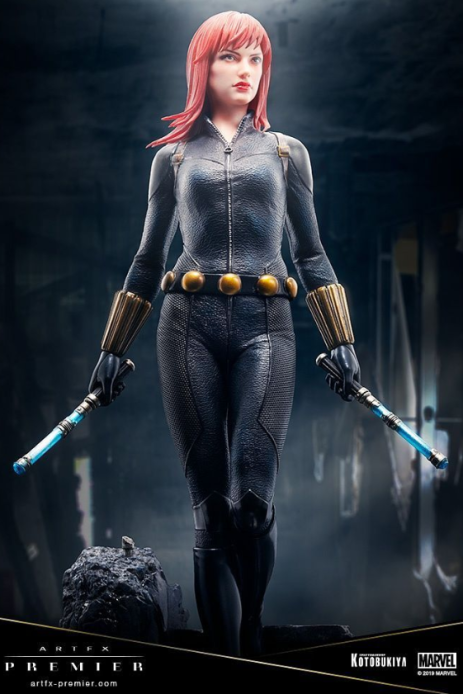 If you don't have clown fatigue by now, then well… you're my kind of people! Alas, the clowning must come to an end — let's segue to Superhero News! First in line from Japanese toy maker Kotobukiya is the flagship piece in the company's new "Women of Marvel" line.

As . you might expect, "Women of Marvel" shines a spotlight on popular female characters within the Marvel Universe. From the detailed sculpt of the figure to the realistic costume and facial expressions, each statue showcases the characters' beauty and charm while staying true to the series and personality. Black Widow is the first to join this new line. She has an MSRP of $145, will be released in March 2020, and can be preordered today from HobbyLink Japan. 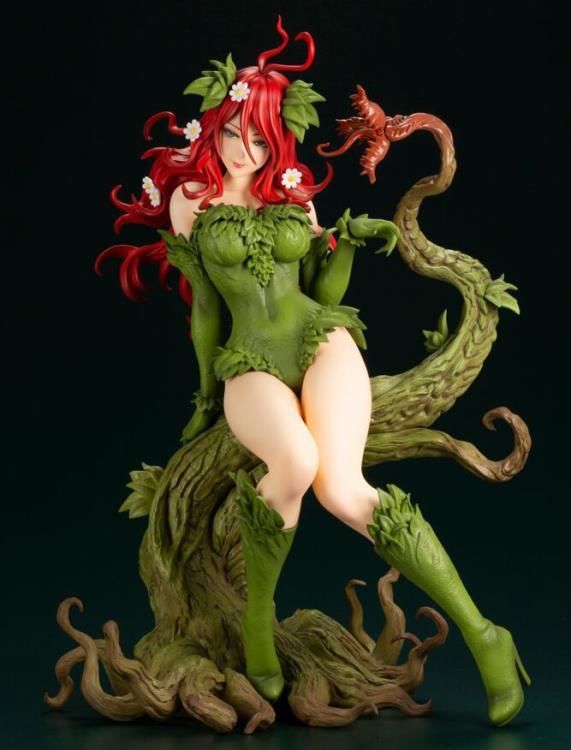 For the first time since 2010, Poison Ivy makes a triumphant return to Kotobukiya's Bishoujo statue line. Based on an illustration by Shunya Yamashita, Poison Ivy stands over 7.5 inches tall, perched atop her botanical monster with a mischievous grin across her face. Sculpted by Munchkin with meticulous detail, you won't be able to take your eyes off this figure; from the bodysuit that perfectly fits Poison Ivy's body, to the living vines below her. Poison Ivy has an MSRP of $114, will ship in March 2020, and is available for preorder today.

Sideshow and Hot Toys present the Mysterio Sixth Scale Collectible Figure from Spider-Man: Far From Home with highly-detailed gadgets that specifically counter Spider-Man's abilities! It's masterfully crafted based on Mysterio's appearance in the movie — the collectible figure features a newly developed helmeted head with incredible likeness, finely tailored cape, armor with luminous reflective elements, a pair of illusion effect accessories, smoke effect diorama, and a movie-themed dynamic figure stand. You can preorder Mysterio from Toy Origin today! Payment plans are available and he has an MSRP of $249.99.

We're nearing the end, my toy loving friends, and it's time for some fun and exciting Pop Culture Toys! Can I hear an enthusiastic CAW!? Neat, thanks. Not too long ago, we reported on Super7's new Thundercats action figure line, and believe me, that was a very happy day. The price tag per action figure however just might not be for everyone, as each of those perfectly sculpted toys cost $45. A such, Funko is giving us an alternative with their Savage World line.

The gimmick with Savage World is that we have a variety of different toy lines all with these Masters of the Universe bodies. And now, Wave 2 of the Thundercats Savage World toys are available for preorder. Wave 2 includes Jackalman, Cheetara, Monkian, and Tygra. Each of them has an MSRP of $12.99 and will ship 4th quarter of 2019, so in the October-December range. You can check out their preorder information by clicking on their individual names. These toys are 5.5 inches tall and made of plastic. The toys come with designer blister card packaging, a retro design, and each comes with one weapon. Articulation is limited, but it's there!

Next up in Pop Culture Toys, Incendium is proud to announce the first wave of Iron Maiden FigBiz action figures! The band's immortal mascot Eddie enters the fray with four iconic iterations reimagined as brand new officially licensed 5" action figures with 10 points of articulation and multiple accessories. Wave one features "The Trooper," a 2 Minutes to Midnight-inspired "Doomsday Eddie," "Killers Eddie" (pictured above), and a Somewhere in Time inspired "Cyborg Eddie!"

Each figure is fully painted with decals and comes packaged in a blister on card with original illustrations. Figbiz officially licensed action figures are the perfect addition to any collection, inspired by the ultimate era of Saturday morning cartoons! While I personally do love Iron Maiden, I've never had any desire to collect any of the Eddie figures that different toymakers have created. Honestly though, out of all of them, these new ones from Incendium appeal to me the most. From the packaging to the bodies and sculpt, my head goes "Oh, yeah, duh. This is what a high-quality action figure looks like. But it's not much of a surprise, considering they crushed it with their Bill and Ted and Heavy Metal action figures this year. 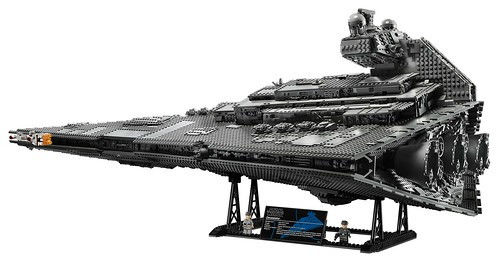 Ready to go broke again, Star Wars lovers? Good, because LEGO will make sure that's what happens next. If there is one thing LEGO likes to do that is make giant Star Wars sets, and they super-sized this wallet buster. The new UCS Imperial Star Destroyer is massive — it's 43" long by 26" wide and made up of 4,784 pieces. It will retail for $699.99, which according to LEGO enthusiasts is not a bad price, but it makes my insides dry up. Get them at your LEGO store or LEGO Direct to get your LEGO VIP Points on a purchase this big.

Now, does LEGO get away with it because they're LEGO? How many of you our there can justify this purchase? I mean, I would totally get one if I had the opportunity, even my budget has a bad feeling about this.