Indie Comics Spotlight: The founders of Lion Forge are creating comics that reflect the world around them

This month Indie Comic Spotlight is dedicated to African-American creators and publishers in the indie comic book space in honor of Black History Month.

David Steward II and Carl Reed founded the culturally diverse indie comics publisher Lion Forge in 2011, but their origin story actually starts back in the digital comics world of the early 2000s. Originally, they were licensing '80s TV show adaptations like Knight Rider and Airwolf, partnering with IDW until they outgrew them and officially set out on their own. Five years later, at New York Comic Con, they announced their most ambitious imprint to date, Catalyst Prime. With a full roster of diverse creators and characters, many of them African-American, Lion Forge soon filled the Milestone-shaped hole in the comic book space.

Now they have six comic book imprints, Clubhouse (children ages 8 and under), Roar (ages 13 and up), Caracal (middle school ages 8–12), and Catalyst Prime, their adult flagship superhero universe. They also have one licensed property, Voltron: The Legendary Defender, which was written by the Netflix show head writers Tim Hedrick and Mitch Iverson.

SYFY WIRE spoke with Steward and Reed about how they began working together, the decision to hire Gail Simone, and how they've been able to do so much in such a short amount of time.

Growing up, what were your favorite genre comics, manga or anime?

David Steward II: When I was growing up I lived in an area that didn't really have ready access to a comic book shop. I started a mini-comic collection around, like, 1990-1991 when Milestone came out, and I remember getting the first issues of Static Shock when it was coming out. I really loved doing that. I got exposed to them because there was all this media surrounding it. This company was creating these diverse characters, and I was kind of like, "Hey, I can see myself in one of these characters."

Carl Reed: My story is a little different. I had an older brother who was a big comics fan, and they were always around the house. I actually didn't know that everyone didn't read them. I didn't realize it until I went to school and I'd ask, "Did you read X-men?" and kids wouldn't know what I was talking about. I'd bring them to school, and then the kids would all be interested in them.

So you're just the opposite.

Reed: Yeah. The same thing with anime. It was super fun, and no one knew about it at the time. Over the years things would be huge in our community, like Spawn, and that's the only comic people would talk about. And I would think, "It's so much more."

How did the two of you end up starting Lion Forge together?

Steward: I went to school at Washington D.C., and I worked out there for a few years afterward. Around 2002, I came back to St. Louis, and through a couple of relationships that I had formed they introduced me to Carl.

Reed: We had our own little, I guess, illustrations and design agency. A lot of it was toy design.

Steward: We collaborated on several projects, and we ended up merging what we were doing under that umbrella for a few years, up to 2006. I ended up getting a job opportunity up in L.A. to do producing, and then Carl actually followed soon after to pursue animation work in California.

But I had been into digital comics for a couple years prior, and I felt there were some exciting opportunities to do some interesting things in the comic space, because it was changing so much. We were friends and stayed in touch, and when we both ended up back in St. Louis [a few years later] we got talking and I said, "Hey, we should see if we could form this [comic book] company." Initially, we went around to the different comic book shows. We went to San Diego, we went to New York Comic Con just to kind of get our legs under us and see what was going on, see what everybody was doing. We went to kind of see what we can do that's kind of new and different in the space.

Your first comics were digital-only, which a lot of people were not doing then. What made you start there?

Steward: At the time, digital was growing so fast. Everyone was concerned that [digital] was going to replace them. We figured we'd get in and focus on digital distribution, which requires a lot less staffing and a lot less [overhead].

We always had print in our plans on the back end, but the thesis was utilizing digital to see what the market is most interested in. Whatever the popular titles were, then you go back and just print those.

Some of the first licenses that we got really kind of put us on the map. Mostly the NBC/Universal licenses. Then kind of the speed at which digital adoption was happening halted, and then we really saw what the picture was. Print still remain very strong. So that's when we started looking at reworking what we were doing and focus on print.

You've both said many times that you wanted to disrupt the comic book business. Can you explain that a little bit?

Reed: Very early on we noticed that there is a barrier already to get into comics, but that barrier increases when you are talking about nontraditional content. Comics focused on minorities, black people, LGBTQ etc. And it's a lot better now, but there's still a question of how to get your book widely distributed and picked up by retailers?

That's the easy side of disruption, because there's a definite audience. You go to the shows and you see just as many African-Americans and Latin Americans and every other kind of person [attending], but they aren't represented in the books. So you have an audience, but you aren't fulfilling a need.

On the content side, when it is represented there is no authenticity either. So that plus the addition of trying to find these new outlets, with the closing of Borders, bookstores were getting more competitive, and with the direct market having their ebbs and flows, finding these different outlets through digital and everything that went with that was at our core.

You hear a lot that it's still very difficult to hire marginalized creators. How have you been able to achieve what so many other people say is a near-impossible task?

Steward: Well, it's not really a hard to thing to do. I mean, I guess diversity has kind of become some other kind of a term than what the original intent was. I mean, we look at inclusivity in what we are doing. It's not something that's unnatural.

I think Hollywood kind of really falls short. Take a very diverse show a lot of times. Yes, we'll get roles in terms of acting, but behind the camera, it's typically not diverse at all. It's typically same folks with comics. I mean, there were tons of folks that we saw, whether they were women, persons of color, persons from the LGBTQ community, that were kind of sitting on the sidelines because the big guys didn't value kind of what they could bring to the table. And marginalize them and kind of kept this all-boys club kind of going at the publishing level.

So when we got in, we just started meeting with folks, and it was all typical stories. Like, "Well, you know, I tried this thing, X company, was very interested, I got to a certain point and I didn't hear from them."

Reed: Or another common story is "Oh, I was able to get to this point in the company and I had these great ideas and it went nowhere, because I kind of hit the ceiling."

Steward: Given what the talent level was, we were just appalled in general. And so we were just like, "Hey, we'll pick up all these folks."

Reed: It's not like there's a lack of talent out there.

So you pulled from untapped talent within the comic book community that was going overlooked?

Steward: Yes. One of the first relationships we built was with Brandon Easton. He stood up on a panel and was talking about some of the shows and comics that he had worked on. We knew we wanted to work with him. When we talked to him, we were stunned. He'd done all these things, but again it's kind of like that start-stop kind of career. We ended up working with him on our first book, and through kind of utilizing his network initially, we started getting access to the folks that wanted to come on board to work with us. 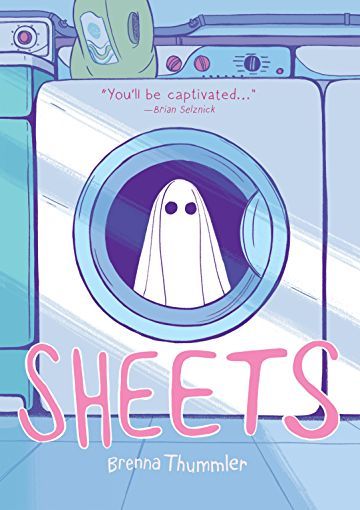 You've delved into some topics that a lot of comics don't. Summit's main character has Asperger's, and Supreme features a teen superhero with Down syndrome. Did you set out to find those stories, or have those stories come to you to via the writers?

Steward: That particular book was the one I kind of came up with creatively, but from my execution standpoint we had to get the appropriate people on board. So we found David Walker, who had experience working with kids with Down syndrome, and we partnered with NDSS. My desire as a creative was to put that out there, but I personally do charity work and I have experienced working with people with disabilities. It was very important to make sure that the pictorial was correct. Because again, being African-American I've seen even well-intentioned people kind of fall flat when with execution. So I want to make sure that didn't happen either.

You had some layoffs last year, as well as some big hires. What's Lion Forge's focus moving forward?

Reed: The organization changes dramatically every year, with a bunch of new variables in place as we grow. Our organization has to be agile, and because of that there may be changes. Those changes are always for the better of the organization. And, like Dave said, we are in it for the long run. So, unfortunately, that means sometimes we are not necessarily continuing to work with really strong folks whose work we really love.

What are some of the comics that you're excited about in 2019? What should we be looking for?

Steward: Definitely take a look at what we are doing with the Catalyst Prime universe. We've brought on Gail Simone and have some wonderful creatives working on that universe, and things that are going to be coming this year, especially around summer and thereafter, are going to really change what we are doing and we hope the paradigm of what a superhero comic is. It's a great opportunity for folks to jump in.

Reed: 2019 is going to be a really exciting year for Lion Forge.