I am endlessly fascinated with the founding fathers of the comic book industry. The writers and artists of the Golden Age built an engine of mythology via artistic inspiration fueled by backbreaking deadlines and post-Depression Era economic angst.

Among those great talents at the very beginning was Joe Kubert, who was born on Sept. 18, 1926 and died in 2012. Kubert was such an instinctively talented artist, he started working in the industry when he was just a kid. I don't mean that figuratively, either. He was reportedly just 13 years old when he got his first assignment with a comics publisher. His career would be marked not just by flawless draftsmanship but by his contributions to the industry not in terms of characters (though he did introduce and help create many), but by the creators he taught. Simply put, Joe Kubert may well have been comics' greatest teacher.

His school, the Joe Kubert School of Cartoon and Graphic Art in Dover, New Jersey, has been teaching students about storytelling since 1976. The list of alumni includes his own sons Adam and Andy Kubert, themselves superstar artists. It includes the great Amanda Conner, Alex Maleev, Jan Duursema, Stephen R. Bissette, Thomas Yeates, Dan Parent, Jenny Frison, Ed Piskor... the list goes on and on. Storytelling was an integral part of Kubert's life, and the school allowed him to impart those lessons to hundreds of students who came through the doors of his school.

"It starts off with knowing how to draw well..." Kubert said during a 2004 feature I produced on his school for WNBC-TV in NYC. "Beyond that, it's knowing how to tell a good story with those drawings." Kubert could draw just about anything and anyone, and he certainly drew all types of characters in his career, spent primarily with DC Comics.

Of course, before he made teaching the next generation of comic artists a priority, Kubert put pencil to paper and taught by brilliant example after example.

Kubert excelled at drawing fake sci-fi weaponry and scenery just as he did drawing realistic depictions of wartime battles in the war comics he drew for years. And no matter who or what he was drawing, he did it with a practical and nuanced approach to his drawing. Unlike Jack Kirby, whose characters were drawn to evoke power and for maximum comic book effect, Kubert grounded even an inherently bizarre hero like Hawkman with a certain amount of practicality and realism due to his lifework and stylish inks. In short, Kubert's characters looked like they belonged in the same world we did. His style so distinctive, one could instantly spot a Kubert cover on a newsstand or spinner rack (this was back in the days when artists didn't sign their names on covers or receive credit inside the comics). 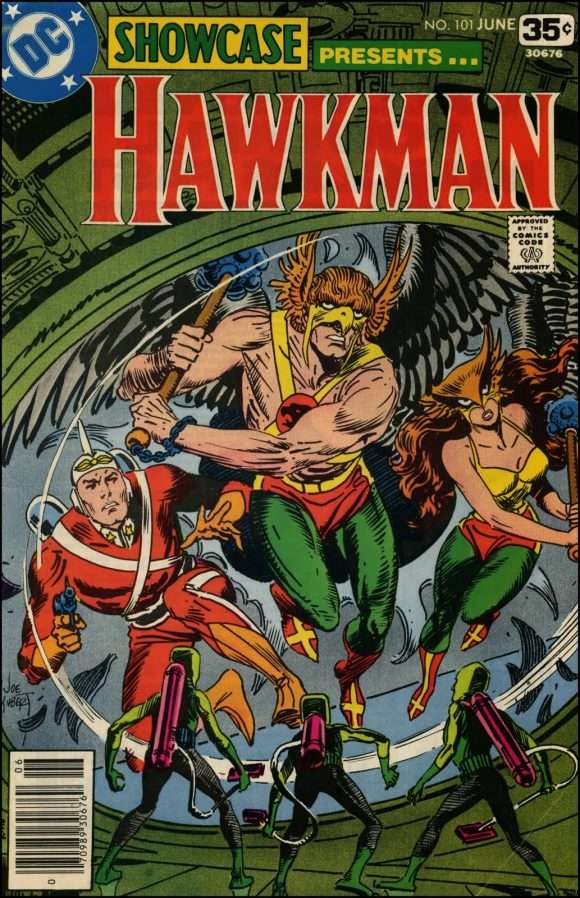 It was his gift for drawing compelling covers that no doubt endeared him to the DC faithful. Over the years, he drew countless covers for the publisher. One he was supposed to do that ultimately did not happen was the cover to the now-legendary Superman vs. Muhammad Ali comic that debuted in 1978. He penciled the cover but Ali's advisors did not like Kubert's likenesses, so Neal Adams was brought in to do a new cover. Adams, a self-proclaimed huge fan of Kubert's work, liked the original layout so much he decided to keep Kubert's layout and essentially do his version of Joe's cover. He even added Kubert into the famously star-studded audience. (FYI, Kubert's original, unpublished cover to this landmark book resided for years inside a display case in his office at his school.)

"A cartoonist uses his pictures just like a writer uses his words."

Taking his own words to heart, Kubert never stopped using his pictures to tell new stories. The character Tor, which he co-created with writer Norman Maurer in the 1950s, has endured for decades. His work with DC Comics defined Kubert's career, in particular his work on Hawkman and the war comics. Together with writer Robert Kanigher, he helped define that integral corner of the DC universe. His work on titles such as G.I. Combat, Star Spangled War Stories, and Our Army At War are considered milestones in Kubert's career. So is his run on DC's adaptation of Edgar Rice Burroughs' Tarzan.

The older he got, the more ambitious Kubert's creative endeavors became. In 1996, he released Fax From Sarajevo, the Eisner Award-winning non-fiction graphic novel that was as far removed from the Silver Age superhero covers he used to draw as you could imagine. The story was adapted from faxes sent by Kubert's friend Ervin Rustemagić, a European comics rep who was trapped with his family in the war-ravaged Bosnian region during the Siege of Sarajevo. The book is an incredibly powerful piece of graphic literature that was also a tribute to Kubert's artistic versatility. It's not hard to imagine many Kubert disciples saw their teacher take a risk on a project well out of the mainstream comics wheelhouse, and were inspired to do the same once their careers took off. 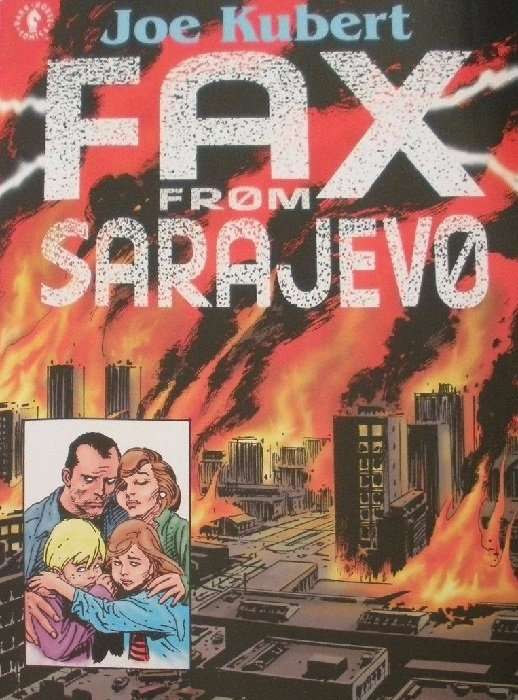 Kubert's ability to create intensely personal stories continued with 2003's Yossel: April 19, 1943, a graphic novel in which he imagined his life if his parents had not emigrated from Poland to America shortly after he was born. Yossel is a story full of emotion, despair, and desperation. Kubert's deliberately spare drawings in the book help the reader imagine what it would be like to look over Kubert's shoulder as he chronicled the experience of being trapped in the Warsaw Ghetto. I remember talking with him when the book was released; it seemed as if creating the graphic novel, essentially his own "What If?" story, was almost cathartic. It was a story that he was dying to tell, so he did it.

Kubert's fellow comics pros revered him and held his work in the highest regard, as comics historian Mark Evanier can attest. Brian Azzarello considers his 2003 collaboration with Kubert on the graphic novel Sgt. Rock: Between Hell and a Hard Place one of the highlights of his career. People just loved the guy, and that is as impressive a legacy as any of the credits on his remarkable body of work.

I was able to see firsthand why so many people adored him back in 2004 when I booked him on the aforementioned NBC morning show for the final segment. The previous guest, comedian Mario Cantone, went long because he was hilarious and no one could stop laughing enough to wrap him on time. The result? We had half the time I had allotted for Kubert, which resulted in an interview that didn't scratch the surface of what I had wanted to cover. When I met him in the green room to apologize for our bungled clock management, he waved his hand and told me, "Don't worry about it. Things happen."

Then he asked me where the comedian who went before him was. During Cantone's segment, Kubert was sitting by the news desk doing a quick sketch of the comic (with a combat helmet, of course) and wanted to give it to him. Cantone was already gone, and I swear, Kubert seemed more disappointed in not being able to give him the sketch than he did at having his TV appearance cut short.

As I walked Kubert through the newsroom toward the elevators, a reporter at the station walked up and introduced Joe to her young daughter. She was an artist, and her mother had heard a comic book artist was appearing on the morning show. So the reporter asked Kubert if he could spare a quick word of advice for her daughter. He turned to me and asked, "Can we use your desk for a minute?"

Kubert wound up staying about an hour to give an impromptu art lesson to this young girl he had just met. He did some sketches, explained the dynamics of panel pages... it was a full-blown tutorial about what she could do to improve as an artist. It was incredibly generous of him to do so, especially after his real reason for being at the TV station had not gone as it should.

But that's how it was for Joe Kubert. It was always about the art, and about passing on what he knew to others. Teaching them that stories matter, all types of stories, so go out and do them — that's what made him such a great teacher, and why comics were lucky to have him.

Let's see your favorite Joe Kubert artwork! Find me on Twitter/Facebook/Instagram and show me all the Tor, Hawkman and Sgt. Rock.

‘For All Mankind’ full trailer for Season 3 goes to Mars

David Tennant and Catherine Tate return to 'Doctor Who'