The first trailer for the live-action movie adaptation is here, and it looks like a whole mess of bloody good fun, as Captain Natalie Artemis (played by Jovovich) and her military-trained U.N. team enter an alternate dimension full of deadly beasties. They struggle to survive with their conventional weaponry until they meet The Hunter (Tony Jaa), a seasoned warrior, who knows the monsters' weaknesses. It turns out he's just one member of a band of human surivors led by the grizzled Admiral (Ron Perlman).

Take a look below:

Never, ever drive your jeeps between ancient stone portal generators. That's Action Movie 101 right there. Now they squad is up against some of Capcom's biggest and baddest. There's also a new poster showcasing just that: 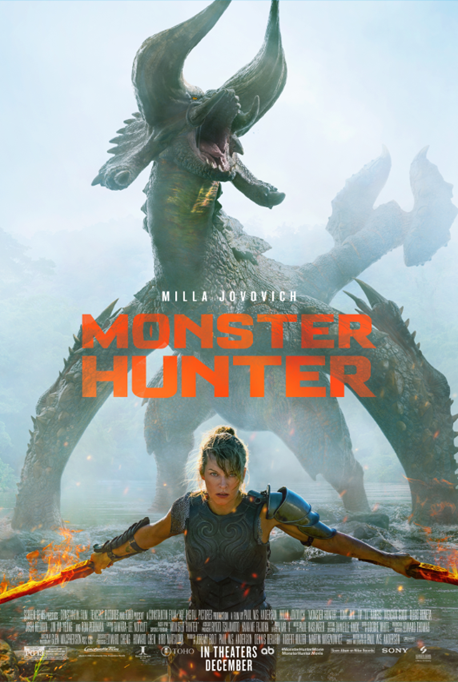 "All our monsters are 50-60 feet tall. They're really amazing. We're building them in even more detail than the dinosaurs of Jurassic World," Anderson said over the summer. "And they look even better, because we shot on real locations in South Africa and Namibia, which gives the animators something to really match into: real wind, real dust, real sun-flare. The monsters are the only CG thing in there."