Let's get down to business ... to defeat the Huns!

Disney just capped off the long July Fourth weekend in the best way possible by releasing the first teaser trailer for Niki Caro's live-action remake of 1998's Mulan. Starring Liu Yifei in the titular role, the film is about a young woman in Imperial China who masquerades as a man when her frail father (played by Tzi Ma) is called to join the army in protecting the country against Northern invaders.

Right off the bat, you'll notice that Mushu (Mulan's dragon "mentor" and the comedic relief voiced by Eddie Murphy in the animated original), as well as the classic musical numbers (e.g. "Honor to Us All," "I'll Make a Man Out of You," etc.), are noticeably absent from this first trailer. According to several reports, Mushu will be replaced with a Phoenix (hopefully grandmother's lucky cricket stays), while there are no plans to include any of the famous songs.

At the moment, it looks like the Mouse House is going for a much darker and more serious approach to the true and iconic story of a woman proving her worth beyond just marriage during the Northern Wei dynasty.

"She is tested every step of the way and must harness her inner-strength and embrace her true potential. It is an epic journey that will transform her into an honored warrior and earn her the respect of a grateful nation … and a proud father," reads the description put forth by Disney's official press release.

The initial poster, which harkens back to the one for the original, can be seen below: 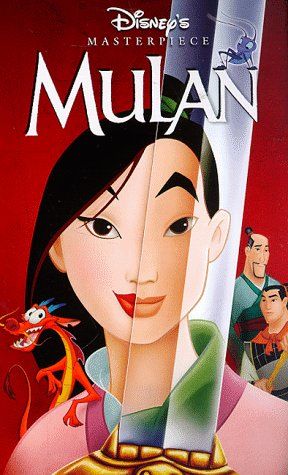