Rumor has it we could be getting an openly bisexual representation of James T. Kirk in Star Trek: Strange New Worlds.

Industry insider Daniel Richtman tweeted that he'd heard the network was "toying with the idea" in mid-June. And while 50 (or even five) years ago the idea of Kirk being openly bi felt completely unattainable, the recent, positive queer representation on both Star Trek: Discovery and Picard has set a precedent that's promising.

It's been a long, long (star) trek to having characters who aren't just coded but canonically queer in Trekdom. The first episode of The Original Series first aired in 1966, and an openly queer Star Trek character didn't appear onscreen until 2017, when we met Hugh Culber and Paul Stamets. Their appearance on Discovery was the first overtly queer representation, showing married gay men in a loving relationship. Picard then followed with a small, intimate moment between Seven of Nine and Raffi Musiker in the final scene of the first season. Both instances have enthused Trekkies who have been asking for positive queer representation for quite a while.

While almost any positive queer representation in Strange New Worlds would be welcome, allowing Kirk's bisexuality to become an open part of his identity and his plot would confirm the decades that fans have spent queering Kirk off-screen.

CBS All Access announced a series order for Strange New Worlds in mid-May. From what we know so far, the series will be both a prequel and a sequel, because why not? It's a sequel to Discovery (at least the first two seasons) and a prequel to, well, pretty much everything else that follows in Star Trek. Taking place in the 23rd century, the new series follows Captain Pike, Number One, and Spock as they carry out the mission of the Starship Enterprise. In the decade before Captain Kirk takes over the helm of the Enterprise, the crew will explore new worlds in an episodic format harkening back to The Original Series.

Kirk will make appearances in Strange New Worlds, but he won't be a main member of the cast or even be stationed on the Enterprise. However, any Trekkie knows that everyone can tell when Kirk is around, so he's bound to take center stage now and again.

In previous appearances on both film and TV within the franchise, Kirk is commanding, fierce, decisive, playful, thoughtful, sexy, and, frankly, bi AF. From his near-constant flirting with every woman he meets to his complete and total devotion to Spock, our main squeeze likes to get his fluid sexual attraction on.

While some fans have explained away all of the sexual tension between Kirk and Spock as "friendship" and "good times," every time I watch The Original Series, I have a hard time not seeing it as sci-fi romance. I'm far from the only one to make that observation, of course. Slash, the name for men-loving-men fanfiction, was invented because fans read the tension between Spock and Kirk and went, "Uh, duh. They're in love."

So just for Spocks and tribbles, here are the top nine reasons Kirk should be absolutely, totally, completely, 100% bisexual in Strange New Worlds.

I’ve never counted but I’d guess at least a quarter of The Original Series episodes have Kirk in a romantic relationship, and a good portion of those episodes show Kirk reconnecting with an old flame. “Oh here’s a hot whale doctor I used to bang!” “Oh here’s the smartest legal mind I ever knew — we def banged.” “Oh crap. I had a son with someone I forgot that I banged!” 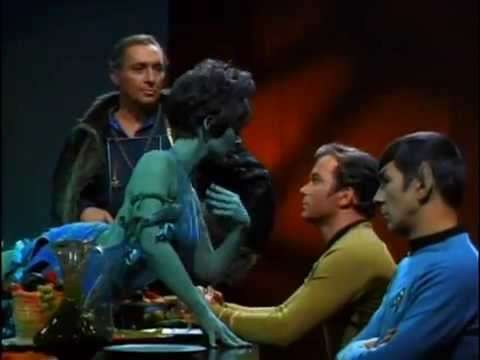 08. His love for all kinds of aliens

Shahna’s green hair? Don’t care! Marta’s green skin? Hop on in! Martia’s green eyes? Get between my thighs! Edith Keeler? Love to (consensually) feel her! Kirk doesn’t care what people look like; he just likes to get down. 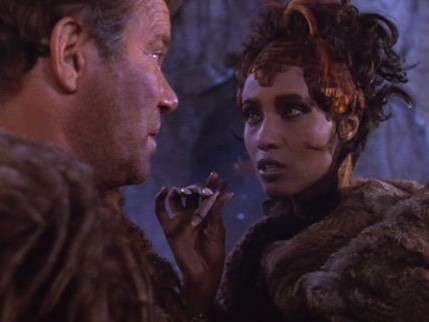 06. His romantic moments with genderfluid Martia

Kirk’s love interest from Star Trek VI: The Undiscovered Country, Martia, may look like smoking hot supermodel Iman, but in reality, Martia is a shapeshifter who takes on many forms, including that of Kirk himself. Talk about self-love!

05. His thing with McCoy

OK, so I didn’t clock this the first time or two, but these two are totally lovers. I’m sorry. Why else does Kirk almost always take McCoy on away missions? Like… doesn’t the medical officer need to be on the ship of over 400 people in case someone gets sick? Nope. Not Bones! He’s got a boo-boo on Kirk’s chest he needs to address!

Also, OMG, the way these two banter and “fight” is too much. Get a room already, you cuties! 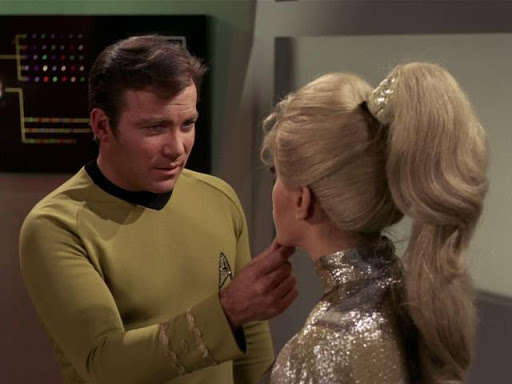 Remember that one time Kirk and an android named Rayna Kapec fell so totally in love that Rayna short-circuited and Kirk asked Spock to do an emotional memory wipe? I sure do.

Our favorite saucy ship captain doesn’t care if your parts are electronic or flesh, so it’s hard to believe he’d care exactly what parts someone’s packing. Or, as Donald Glover said about playing Lando Calrissian, “How can you not be pansexual in space?” 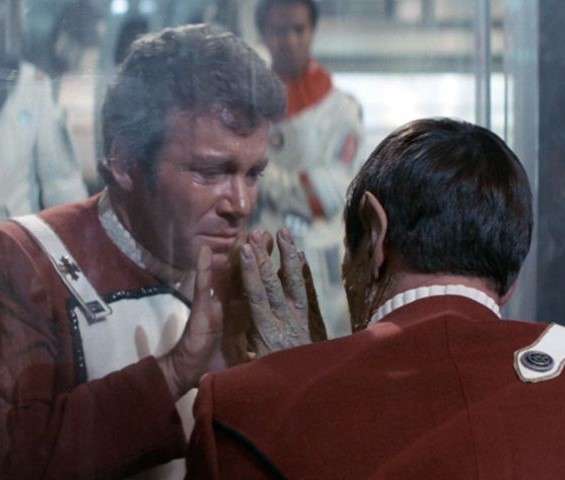 If that doesn't convince you, go ahead and do a search for K/S fiction and you'll have plenty of reading material.

Let’s get serious for a second. Bisexual+ characters make up 26 percent of LGBTQ+ TV characters according to GLAAD’s 2019 Where We Are on TV report. The numbers are even more revealing when broken out along gender lines. Of the 128 bisexual+ characters on TV, 90 were women, 36 men, and two nonbinary. There simply isn’t enough representation of bisexual folks on TV and Kirk would be an incredible opportunity for bisexual people, and bisexual masc folks and men in particular, to see ourselves represented on TV. 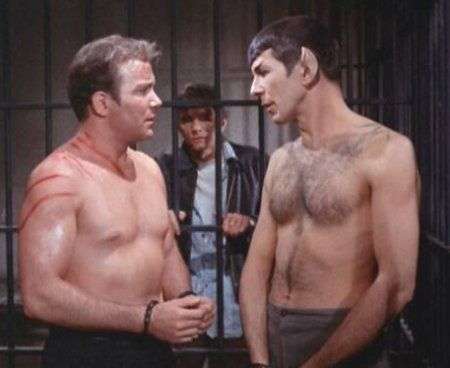 Besides the obvious fact that he is bisexual, the main reason Kirk should be openly so in Strange New Worlds is that we deserve it. Once when I was writing an article about Kirk and Spock and their love, an editor told me to include something in the essay about how Spirk “would never come to fruition.” No shade intended to that editor, but their comment really elucidates our fundamental problem when it comes to representing Kirk as bisexual onscreen: It’s a failure of the imagination. We can’t believe Kirk and Spock would be shown onscreen in love because they never have before, but isn’t that exactly what Star Trek is about? To boldly go where no one has before?

After decades of reading between the lines, writing our own stories, and pining, pining, pining for Kirk to be allowed to express his attractions openly, it’s time — time to embrace his sexuality and male bisexuality onscreen, time to prove it wasn’t all in shippers’ heads, time to show that queerness has always had a place in Star Trek.

'Star Trek: Strange New Worlds' reveals who else will be boldly going with Pike, Spock & Number One