The real terror begins once you step off the locomotive...With the world gripped by an actual pandemic at the moment, Well Go USA Entertainment decided to drop the first teaser trailer for Peninsula, the long-awaited sequel to 2016's South Korean zombie thriller Train to Busan.

Helmed by the returning Yeon Sang-ho, the follow-up takes place four years after the original and follows Jung-seok (Gang Dong-won), a soldier tasked with a secret mission in the undead wasteland. He and his team are asked to "retrieve and survive," but their quest takes an unexpected turn when they unexpectedly stumble across a group of survivors. What follows is an exploration into the duality of man's innermost nature.

This initial batch of footage is a non-stop, violent, and adrenaline-pumping thrill ride that promises a rich collection of well-executed action set pieces. We're most intrigued by that mall turned zombie gladiator coliseum, which brings to mind Capcom's Dead Rising video game series.

With the project's official title of Train to Busan Presents: Peninsula, the budding franchise is hoping to go for a more anthological approach instead of revisiting the same group of characters each time. It's a pretty nifty idea, one that ensures each outing (if there are more to come) stays fresh and exciting. Think of it as the equivalent of injecting a freshly dead body with formaldehyde to keep it from rotting...and then that dead body comes back to life and eats your flesh. 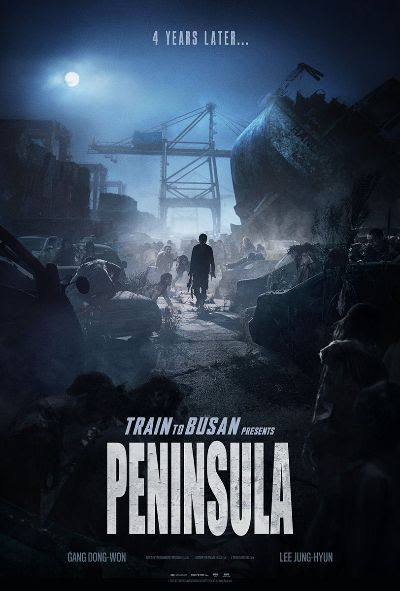 An American remake of the original movie is said to be in the works from Conjuring Universe alums, James Wan and Gary Dauberman, although the last update on it was two years ago.

There's no word on when Peninsula will hit theaters. With the coronavirus keeping all major chains shut down right now, you can bet that it won't be within the next two months — at the very least.

It's a fan thing
Join SYFY Insider to get access to exclusive videos and interviews, breaking news, sweepstakes, and more!
Sign Up for Free
All Posts About
Movies
News
Peninsula
South Korea
Trailers
Train to Busan
zombies
You May Also Like
Recommended by Zergnet
Latest on SYFY WIRE