Emotionality, My Dear Watson! Ranking the emotionality of Sherlock Holmes

Agatha Christie may be one of the most popular and prolific mystery authors to have ever existed, but it’s Sir Arthur Conan Doyle’s detective creation Sherlock Holmes who currently holds the record for the most portrayed literary character of all time. Sherlock's mysteries have been adapted into various mediums and languages more than 250 times — a number that’s only grown in recent years.

The latest incarnation of Sherlock Holmes comes in the form of Netflix’s new movie Enola Holmes, an adaptation of the first novel in Nancy Springer’s series of the same name. And while the movie focuses on the titular (and non-canonical) 14-year-old sister of the famous detective and his older brother Mycroft, the trailer makes it evident that Sherlock (played by The Witcher's Henry Cavill) himself will be a bit of a mainstay throughout the film, as he both advises and keeps tabs on the youngest member of the family.

But it’s not just this sibling bond — or the really fun trailer — that has fans excited. It’s also the possibility of a Sherlock Holmes who seems to laugh and smile and have a sense of humor, especially where the younger Enola is concerned. Whereas past versions of the character have tended to tamp down on their emotions, in favor of emphasizing the importance of cool and collected objectivity in crime-solving, Cavill’s Holmes comes across as much, much less aloof. (In fact, his displays of emotion have gotten Doyle’s estate riled up enough to try and sue Netflix, as they insist that this particular aspect of Holmes falls under their copyright of the character, who has now fallen into the public domain.)

So, to celebrate this latest adaptation of Sherlock Holmes having solved the mystery of his missing smile (among other emotional responses), we've ranked some of the most recent — and some of the most iconic — depictions of the detective according to how much emotion they show. Read on to review our judgements.

Perhaps the least prone to bursts of emotion of those on this list, Cumberbatch's Holmes — and Steven Moffat and Mark Gatiss' writing — repeatedly stressed that he had no need to respond emotionally, always prizing cold, hard reason instead, sometimes with an almost single-minded devotion. But over the course of the series, there were cracks in this Holmes' hard shell, especially when it had to do with his partner-in-crime-solving friend Dr. John Watson (Martin Freeman). In this particular way, the BBC adaptation nails the translation of the character from the books to the television show, even as it updates the cases and the settings into the 21st century. 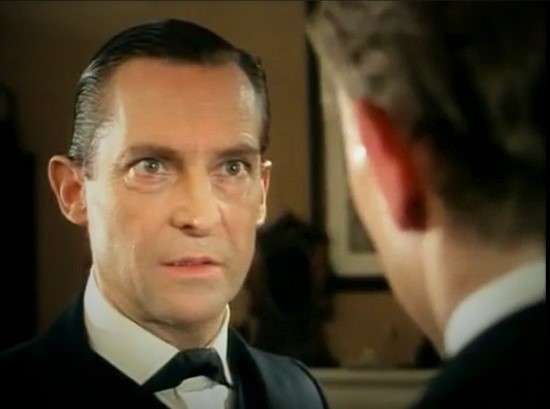 Brett holds the distinction of being one of the few actors to have played Holmes the longest, having held the role for 10 years and portraying him in both films and television, thus cementing his portrayal as one of the definitive ones when it comes to Doyle's character. Over the course of his tenure, he perfectly depicted the stolid, intellectually-stimulated Sherlock Holmes that readers would recognize instantly from the books, while also infusing it with the kind of subtle emotional development that can only come from having lived with a character so long — a sure testament to Brett's research and skill as an actor. Brett's Holmes tended to adhere to the facts as much as he could, but he wasn't above indulging his flair for the dramatic (especially as he sometimes showed off for Watson) or lapsing into bursts of sentimentality. This version of Holmes clearly did feel a lot, he just never felt the need to express it.

This incarnation of Holmes is not just animated, but also has been brought back to life (and youth) using "cellular rejuvenation." Thus, the character retains a lot of his famous hallmarks, even returning to his former quarters at 221 Baker Street, and being accompanied by a robotic Watson. But despite maintaining a cool and analytical demeanor in general, this portrayal of Holmes also showcases a lot more emotion, showing worry, concern, and a playful sense of humor more readily than several other versions — both in terms of the animation and the voice acting. The series was clearly aimed at a younger audience, but that didn't stop it from basing episodes and aspects of the series on Doyle's stories, even translating a few different aspects into the 22nd century. Fans got a chance to see Holmes in a brand new setting, while also largely experiencing a character they were already familiar with.

A trained thespian, Sir Ian nails so many facets of Sherlock Holmes, even as he slowly grows older and can't quite rely on his memory. While this depiction of Holmes does try to remain as unemotional as possible, he still finds himself opening his heart up to the young son of his current housekeeper, and even recalls an instance in his past where he might have been tempted to give into his emotions. Rarely have fans gotten a chance to see Holmes well past his prime, but it offers an interesting look at what the character might be like in his older age, when he can't rely solely on the impeccable memory and intellect that made him such an incredible detective. This Holmes doesn't quite shy away from letting others see his pain and confusion, making him much more emotionally open than other versions.

This CBS adaptation made a few interesting choices, which in turn allowed Sherlock Holmes to be a bit more emotionally open than other incarnations. By transplanting the character to New York City (mostly for ease of filming) and actually acknowledging the character's canonical drug addiction, it set up a Holmes that was forced to open up to this version of "Joan" Watson (Lucy Liu), who kicked off the series as his sponsor, before eventually coming into her own skills as a detective. While Miller's turn as the detective starts off as brilliant and prickly as ever, the nature of serialized storytelling means, that this Holmes, not unlike Brett's, also grows in terms of emotional intelligence as the series goes on, showing many signs of growth on that front as he's constantly forced to confront his own feelings and what they might mean, and the fact that some of his frustrations may in fact come from there, instead of solely from his high intellect compared to those around him.

Like most teenage versions of the great characters, the teenage version of Holmes retains a lot of the qualities that will make him the masterful detective he becomes as an adult, however, he still has to deal with the travails of a teenage life, and all the angst that might come with it as he's stuck at boarding school with his new friend Watson. Rowe's version of Sherlock Holmes is intellectually driven and even cool and dispassionate at first, but he also has bursts of emotion as streaks of sentimentality, like any other average teenager. (Also, fun fact but Rowe has actually played Holmes twice, the second time as another younger version of Holmes in Mr. Holmes.)

Downey Jr. played Holmes in two outings — and will be returning for a third stint as the character — marking one of the few times an American has stepped into this particular role. But unlike previous incarnations of Holmes, Downey Jr.'s take on the character isn't like the one found in the pages of Doyle's books, as he's more prone to eccentricity and giving in to his emotions than other versions have been. He's rude and impulsive in a way Holmes usually isn't, though he does retain a propensity for fighting and disguising himself, something other Holmes rarely tend to do in movies.