Genre fans love to shell out for pieces of their favorite franchises, and Star Wars memorabilia is some of the highest-pulling in all of geekdom. Whether it’s Luke Skywalker’s lightsaber, Han Solo’s blaster, or the very hands of C-3PO, people are buying up as much of the series’ physical history as possible. Now one particularly impressive item from the sci-fi saga is going up for sale, and it looks to bring in a figure that, to quote its owner, is “most impressive.”

Profiles in History recently announced its upcoming Icons and Legends of Hollywood auction which will feature the screen-used helmet and mask of none other than Darth Vader. The prop, from the mighty Sith’s The Empire Strikes Back appearance, was worn by the character’s physical actor David Prowse during the film’s most iconic moments — including the scene where Vader reveals to Luke that “No, I am your father.” You'll have to perform your own James Earl Jones impression.

An original Vader helmet is, according to Profiles in History, “exceedingly rare and considered the Holy Grail of science fiction artifacts,” and expects to bring in somewhere between $250,000 and $450,000, which would bring it up to the rankings of Han Solo’s classic firearm, which sold for $550,000 last June. But c’mon, Return of The Jedi’s blaster versus the helmet Vader wore during the most famous twist in genre? Sounds like this could be a deal waiting to happen for the right rich collector.

Other items of interest at the auction for the sci-fi, fantasy, and horror-loving nerds with cash to burn include props from properties as varied as James Bond and The Wizard of Oz.

The moon buggy that Sean Connery’s 007 used during Diamonds Are Forever is looking to bring in $400,000 - $600,000 while Dorothy’s gingham dress might not be in Kansas anymore (unless the winning bidder happens to reside in The Sunflower State) for a price ranging from $350,000 - $500,000. The latter wasn’t worn by Judy Garland, though, as its black-and-white pattern made its screen debut on her double, Barbara “Bobbie” Koshay. 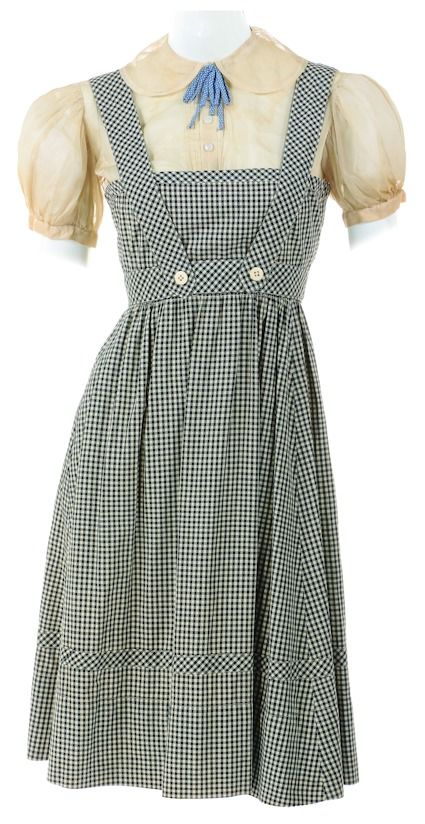 Those looking for something a little more unique might be interested in a destroyed DeLorean. No, really. Back to the Future III’s time-travelling car, the one smashed by the freight train upon Marty’s return to the ‘80s, could be yours for $80,000 - $120,000.

Yes, it’s a busted car. But it was also in Back to the Future III and has a time travel component box on its hood. Up to you whether that’s worth sticking in the garage.

All these items and more will be available when the auction hits Los Angeles on Sept. 25 and 26.