The Grudge and The Ring are perhaps the most successful representations of J-horror that’ve made their way into U.S. pop culture, and that’s thanks to Americanized remakes. But what if those Americanized remakes...had a reboot? That’s what’s happening with The Grudge (or Ju-on: The Grudge, if fans want to go back to the OG), as the franchise (which spawned three films stateside and nine in Japan) is starting all over again—and now gorehounds can start judging for themselves.

Directed by The Eyes of My Mother’s Nicolas Pesce, the R-rated Grudge reboot features a stacked cast featuring John Cho, Lin Shaye, Andrea Riseborough, Demian Bichir, Betty Gilpin, and Jacki Weaver—and shouldn’t be called a reboot if Pesce’s talk with SYFY FANGRRLS is to be believed. More of another entry in the anthology. Whatever you want to call it, EW has the first image released of the film, featuring a gnarly scream between two of its core characters.

See the new face of horror in first look at The Grudge reboot https://t.co/tHlv7AbpLf

Is that James Wan mainstay Lin Shaye having a terrible time? It sure seems like it. Another haunted house for poor Shaye, this time set in the mid-2000s with Riseborough’s police officer finding “this grudged house in small town America,” as Pesce puts it. “Like the old films, it’s a tapestry of three different stories that interweave and all take place at slightly different times, centered around this one house that’s at the center of this case that this cop is working on,” the director said. And now we’ve seen the first image, connected to the originals through long threads of time...and drool.

Next, some kaiju action that’s definitely not taking place anywhere near the Pacific Rim. Ultramechatron Team Go!, a comedy series coming to CollegeHumor’s streaming service DROPOUT, takes the giant Godzilla-esque monsters of Japanese fiction (and the giant robots trying to fight them) and puts them in a workplace comedy.

According to a release, the series stars Mike Trapp, Rekha Shankar, Katie Marovitch, Raphael Chestang, Brennan Lee Mulligan, and Jessica Ross in a show focused on a central team’s four heroes—and all the ways they can screw up defending their city.

"This show is a blend of high concept sci-fi with unapologetically silly comedy," Trapp (who also serves as head writer) wrote in a statement. "There's an element of play at every level of production - it's in the way the camera moves, how shots are cut together, where Easter eggs are placed in the art production and the incredible improvisation within the performances of our cast. It's a fast-moving, joke-filled and technicolored dollop of joy."

Ryan Anthony Martin directs the series, which is one of the first true genre entries onto the streaming service which has nerd-adjacent offerings like tabletop RPG show Dimension 20. Ultramechatron Team Go! Hits DROPOUT on October 3, with new episodes released every Thursday.

Finally, a new thriller is going to push Kiersey Clemons (Justice League's sadly cut Iris West) to her limits. According to a release, Blumhouse’s upcoming Sweetheart—a survival story directed by JD Dillard and co-written alongside Alex Theurer and Alex Hyner—will push Castaway into the realm of genre.

Sure, Clemons’ Jenn is stuck on a tropical island, like Lara Croft or Tom Hanks, but when night falls, something’s different. According to the official synopsis, “a malevolent force comes to stalk the jungle for prey.” Yikes. Check out the poster below: 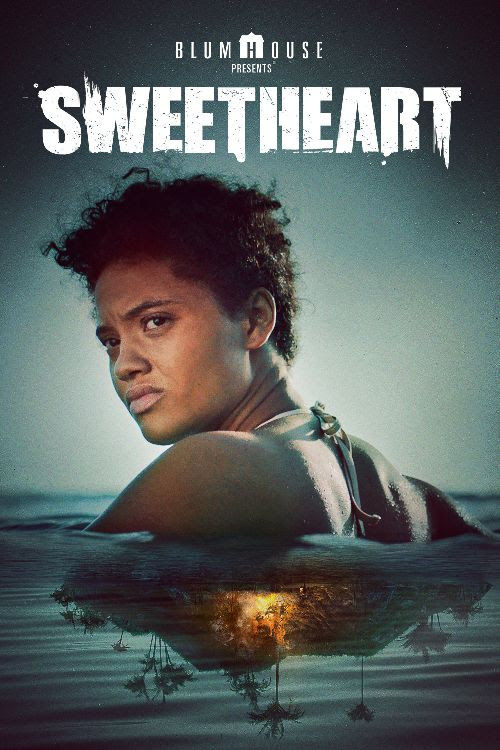 Sweetheart is getting a digital and On Demand release on Oct. 22.

50 thoughts we had watching The Grudge

It's all connected: The Grudge reboot reveals a dozen Easter eggs to the horror franchise