E3 is no longer happening this year, but you're free to vent some of your frustration with the bloody launch trailer for Bethesda's DOOM Eternal. Tearing through monsters like tissue paper can sometimes make for the best catharsis. Plus, we love the game's tagline: "Raze some Hell."

"More than ever before, DOOM Eternal makes you think about how you're killing. Glory Kills make enemies drop health, Chainsaw Kills drop ammo, setting an enemy alight with Fire Belch will make them drop armor. Like a really gory episode of Sesame Street, it makes you learn, but makes the learning damn good fun," wrote Rachel Weber in her review for GamesRadar.

DOOM Eternal goes on sale everywhere Friday, March 20, which means you can spend the entire weekend ripping the heads off of unholy aberrations. You can pre-order a copy right here.

The game will be available for PC, Xbox One, PlayStation 4, Google Stadia, and Nintendo Switch.

For an exclusive look at some of the game's artwork, click here.

Dark Horse's Black Hammer universe is expanding yet again with a five-part spinoff comic that centers on the origin story of the hit series' LGBTQ character, Barbalien (aka Mark Markz).

Titled Barbalien: Red Planet, the upcoming limited story is set at the zenith of the HIV-AIDS crisis in the 1980s. Still struggling with his closeted sexuality, Markz also grapples with the morality of his own superhero activities when he begins a relationship with handsome activist Miguel.

To make matters even more complicated, Barbalien is being hunted by an old enemy from Mars who is looking to bring Markz back, dead or alive.

Black Hammer co-creator Jeff Lemire is co-writing the project with Tate Brombal (The World of Black Hammer Encyclopedia). Gabriel Hernández Walta (The Vision, Magneto) is handling the artwork. Check out his cover art for the debut issue below:

Once a fierce warrior on Mars, the shape-shifting Barbalien (who is clearly modeled after DC's Martian Manhunter) escaped to Earth and assumed the identity of a dead Spiral City police officer, Mark Markz. However, he soon learned that humans were no more accepting of his sexual preferences than the people of Mars. At night, Markz assumed his native alien form and battled crime as a vigilante hero. He was trapped in Rockwell after helping to defeat the Anti-God.

The Hollywood Reporter was the first outlet to break the news of the miniseries.

Dark Horse has steadily been building out the Dark Hammer mythos with a number of spinoff comic books like Skulldigger and Skeleton Boy and Colonel Weird: Cosmagog. The latter launches a limited, four-part arc next month.

A point-and-click Blade Runner video game from 1997 is getting a modern-day makeover. The restoration comes courtesy of Nightdive Studios, which has partnered with Alcon Entertainment to bring the classic title to modern consoles through Steam.

"Blade Runner is still a jaw-dropping achievement on every level, so while we’re using KEX to upgrade the graphics and respectfully elevate the gaming experience in a way you’ve never seen before, we’re still preserving Westwood’s vision and gameplay in all its glory,” Nightdive CEO Stephen Kick said in a statement. “While you can enjoy the benefits of playing the game on modern hardware, the game should look and feel not as it was, but as glorious as you remember it being.” 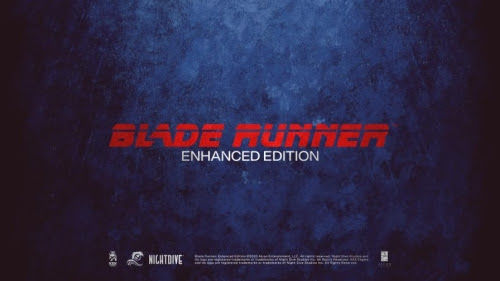 Inspired by Ridley Scott's influential 1982 neo-noir film of the same name, the Blade Runner video game followed Ray McCoy (not Rick Deckard), an L.A. detective who hunts down rogue androids known as replicants. While the game was a success, selling over a million copies, its original source code from the now-extinct Westwood Studios was lost to time.

"It's true that the original Blade Runner source code was lost," Larry Kuperman, head of business development at Nightdive, told The Hollywood Reporter. "We painstakingly reverse-engineered the code, importing it into our own KEX engine, a powerful tool that allows us to do console ports of classic titles, even in the face of quite challenging situations."