In a rather unsurprising development, Los Angeles Comic-Con is officially canceled. Until today, the annual event was scheduled to take place (illegally) between Dec. 11-13. It's now rescheduled to run Sept. 24-26, 2021, one year from the original start date that was ultimately delayed by the COVID-19 health crisis.

"Last week on Oct. 7, Gov. Newsom finally gave an update on reopening plans for theme parks, which most people thought would precede event and convention guidelines," reads the L.A. Comic-Con website. "In his announcement, the Governor said he had decided NOT to provide reopening guidelines yet for theme parks, and by extension, events. Without guidelines, there is no way for L.A. County, the City, or event organizers like us to know if the plans and changes we made to be safe will be right, or enough. So with that new direction from the State, we are rescheduling."

The statement continues: "As we look to 2021 with hope, our prayers are extended to the doctors and early responders on the frontlines, the doctors and researchers working on effective therapies and vaccines, the teachers, moms and dads trying to help their kids’ studies stay on track, and the businesses large and small working to adapt what they do to survive and thrive despite the pandemic. We look to 2021 with empathy for all, knowing we are all struggling — the sick and the healthy, those who have lost loved ones, the employed, the under-employed and the newly unemployed. May we all have each other’s backs, and work today for a better tomorrow."

Attendees who purchased the Kevin Smith/Silent Bob Funko POP will still be able to receive it this year.

After debuting the first two episodes of The Right Stuff, Disney+ and National Geographic are doubling down on their programming about the Mercury 7 astronauts. Next month, the Mouse House streaming platform will release The Real Right Stuff, a documentary that pairs nicely with the dramatized TV series based on Tom Wolfe's 1983 book of the same name. 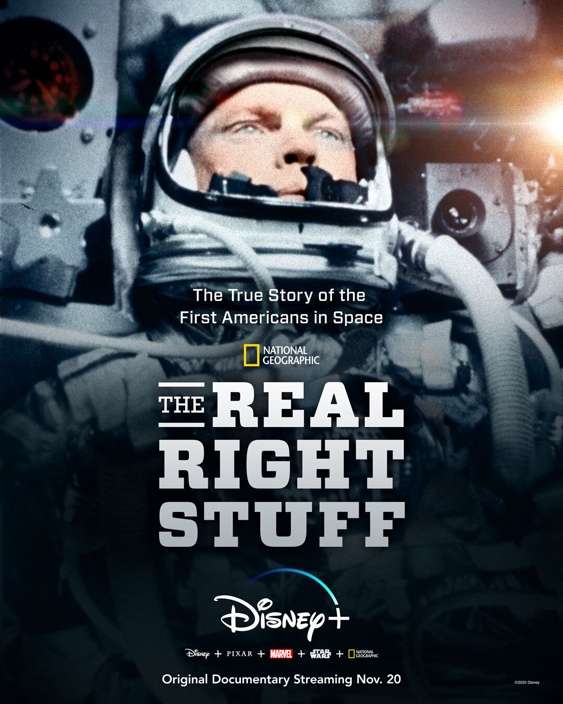 The documentary's score was composed by James Everingham and produced by Hans Zimmer and Russell Emanuel. It was recorded by a socially distanced 44-piece orchestra in May of this year.

"I hope people will binge Mr. Mercedes on Peacock." That string of nine words came out of the mouth of the great Stephen King. Ahead of the show's first two seasons arriving on the streaming service tomorrow (Thursday, Oct. 15), Peacock released a behind-the-scenes featurette hosted by the legendary horror novelist.

"It's always such a rush to see something that you wrote come to life," the writer says in the video below. "It's a good merging of the producer, the director, the cast, [and] the crew. There's nothing like being able to sit down and immerse yourself in an ongoing story."

Mr. Mercedes is based on King's Bill Hodges trilogy, which gave us Holly Gibney (the protagonist of HBO's The Outsider).

(Peacock and SYFY WIRE are both owned by NBCUniversal)