First up in this edition of WIRE Buzz, we now know the supporting cast for Marvel’s M.O.D.O.K. Announced in February as part of a lineup of adult animated shows that Marvel is developing for Hulu, M.O.D.O.K. (short for Mental Organism Designed Only for Killing) centers around a supervillain with a big head and a little body struggling to maintain work-life balance.

Finally, Richardson plays Gary, a henchman who is fiercely loyal to his boss M.O.D.O.K. (even if M.O.D.O.K. struggles to remember his name).

It's been previously reported that Patton Oswalt will write and exctutive produce as well as provide the voice of the title character.

A premiere date for M.O.D.O.K. has not yet been confirmed.

Up next, the newest CGI-animated Pokémon movie will premiere next month on Netflix, around the world outside of Japan and Korea. And to tide fans over, the streaming giant has released a trailer.

In Pokémon: Mewtwo Strikes Back—Evolution researchers discover and exploit a fossil of the Mythical Pokémon Mew. But in doing so, they unleash Mewtwo, a Pokémon intended as a tool of destruction. But as Mewtwo becomes aware of its own origins, it begins to resent its human creators and seeks revenge. So, Ash, Pikachu, and their friends find themselves at the center of its rampage.

“[The] ubiquitous reach and expert team at Netflix make them the perfect partner to bring this special animated movie to kids and fans around the world,” said Emily Arons, senior vice president of international business at The Pokémon Company International, in a statement. “Netflix is the ideal platform to help us execute a global simultaneous launch of an animated Pokémon movie on Pokémon Day, a special moment dedicated to celebrating the worldwide Pokémon fan community.” 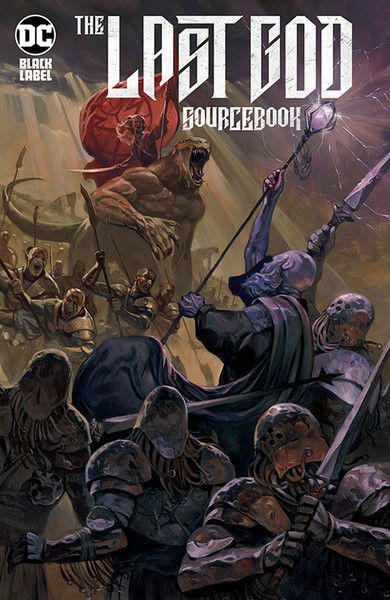 The Last God: Tales from the Book of Ages will unfold in the comics’ city of Cain Annun, serving up a “rich and layered backdrop to a story of fantasy, adventure and horror,” as DC teases on its website. Featuring writing from Phillip Kennedy Johnson, art from Riccardo Federici, and new maps and illustrations from cartographer Jared Blando, the sourcebook hews to the conventions of Wizards of the Coast’s Dungeons & Dragons 5th edition, which has formed the backbone of present-day D&D campaigns since 2014.

According to DC, the new one-shot guide will serve as “the official sourcebook detailing the rich history of the people, locations, schools of magic and creatures found throughout Cain Anuun,” and has everything you’ll need to “run your own quests with playable races, subclasses, magic items, monsters and more."

Priced at $4.99, The Last God: Tales from the Book of Ages comes creeping into comics shops everywhere starting Apr. 29.