WIRE Buzz: The King's Man pushed to 2021; Amblin invites us to 'Come Play' in first trailer; The Dark and the Wicked

In a move that should shock no one at this point, Disney has delayed the release of The King's Man to Feb. 26, 2021. The Kingsman prequel was originally supposed to open in late September, but there are just too many theatrical uncertainties that have stemmed from the coronavirus pandemic.

Elsewhere, the Mouse House has made some other tweaks to its upcoming film slate. For instance, Luca has been confirmed as the previously untitled Pixar project scheduled for next June. Directed by Enrico Casarosa, the Italian Riviera-set movie will tell the story of a sea monster just trying to fit in with humanity. In addition, Marvel Studios has dropped the "The" from The Eternals — the superhero film (also scheduled to open February 2021) is now just called Eternals.

Fans of The Babadook will enjoy the first trailer for Come Play, a feature-length adaptation of Jacob Chase's short film "Larry" (watch it here). Chase wrote and directed the feature, which is produced by Amblin Partners and The Picture Company. Production took place in Canada two years ago.

Azhy Robertson (The Plot Against America actor is a dead ringer for young Danny Torrance in The Shining) stars as Oliver, a boy who feels alienated from his peers due to autism. Desperate for a friend, he spends most of his time fiddling with a cellphone or tablet. When a monster known simply as "Larry" — a Captain Howdy for the Digital Age — tries to break into our world through these mobile devices, Oliver's parents (Gillian Jacobs and John Gallagher Jr.) must protect their son at all costs.

"I was a creative director of a haunted house called Sherwood Scare in L.A. for several years. It's one of my favorite things to do, but it was time-consuming as I started working more in film," Chase said in 2018. "So one Halloween — I still wanted to scare some people — I decided to make a short film instead of spending months it took to do a haunted house. I really wanted to try to make people scared of something otherwise ordinary, in the vein of Jaws or Poltergeist. Basically things that make you afraid of normal, everyday occasions. So that's the early genesis of 'Larry,' and it grew from there." 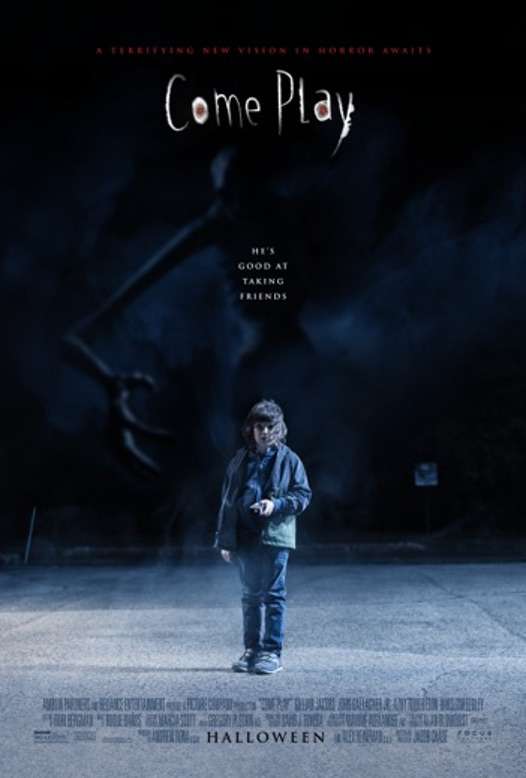 After locking down a North American distribution deal earlier this week, Bryan Bertino's The Dark and the Wicked has released its first unsettling trailer.

Written and directed by Bertino, the movie takes place on a secluded farm where a man is taking his last breaths, his wife subsumed by grief. To lighten the emotional load off their mother, Louise (Marin Ireland) and Michael (Michael Abbott Jr.) return to the family farm. They soon learn that their mother is suffering from something worse than grief. Plagued by nightmares and a general darkness, the siblings become convinced that something supernatural is taking over the family.

Xander Berkeley co-stars as a priest. Principal photography took place at Bertino's own family farm in the Dallas/Fort Worth area.

"Our hope is that people might leave this story asking themselves about their own feelings surrounding the death of one’s parents," the producers said in a statement. "It is a constant in all of our lives, yet many of us don’t really have a solid mental image of what this might look like — for ourselves as well as for those family relationships we might have let slide as we go about our daily lives. So often we think we know our families, yet times like these often reveal how much we don’t."

The Dark and the Wicked hits digital, on demand, and select theaters Friday, Nov. 6.

Boba escaped the Sarlacc, but some animals love being eaten