Up until now, Luke Roman (Tim Rozon) has had a system: He's managed to keep his work, personal, and romantic lives separate in what he's called "neat little piles."

Not anymore. In Episode 8 of SurrealEstate, those piles get mixed up and rearranged as if it were laundry day in hell. Work becomes personal, past and present collide, and Luke is left to pick up the pieces. Will Luke learn to bless this mess, and come out the other side wiser and stronger? Or will the weight of all the emotional baggage crush him?

SPOILER WARNING! There are spoilers ahead for SurrealEstate Season 1, Episode 8, "Baba O'Reilly" 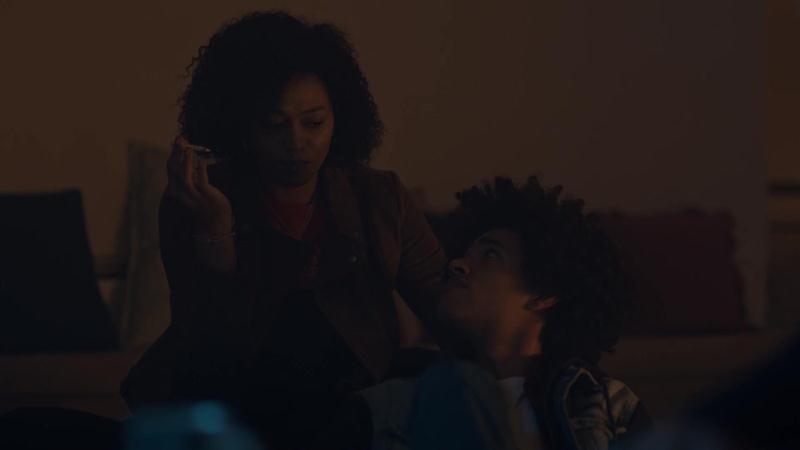 Things have been going downhill for the Roman Agency since reporters connected them to a pair of houses that became sites of multiple, grotesque deaths. To add insult to injury, Megan (Tennille Read) up and ghosted Luke after Susan's (Sarah Levy) Platinum Lifetime Achievement Awards ceremony. (Granted, she was possessed by the Roadie, but that doesn't mean it didn't hurt.)

The situation hasn't improved. Luke can't get through to Megan on the phone, clients have started to back out of their contracts, and the team is left to wonder whether they should start dusting off their resumes. With everything coming apart at the seams, Luke is seriously considering whether or not it'd be better to scrap the whole supernatural side of the business and just go legit.

But any restructuring will have to wait: Luke's just gotten a call from a woman in New York who's looking for a complete fumigation of the house she inherited from her next of kin. The house also happens to be in Luke's childhood neighborhood — he used to mow the lawn for the lady who lived there, a shut-in by the name of Miss Neal.

Luke volunteers to take care of the Neal house by himself, as a kind of pet project to keep his anxious mind occupied. Is this the kind of down-home comfort he needs right now? Or will the trip down memory lane lead to an even greater fall?

Meanwhile, the Roadie that had hijacked Megan's body seems to have gone into remission — at least temporarily — and the host has returned to her senses. Only she's got some major blindspots. For instance, the house looks like a tornado ripped through it, and Megan can't remember how it happened. She also doesn't remember ghosting on Luke all these days, and thinks he ghosted her. She needs help, but when she tries to call Luke, she gets patched through to Susan instead (as per Luke's request).

The second-in-command arrives none too soon, equipped with August's bag of ghostbusting goodies, including motion-sensor "nanny cams" and the Waring blender-turned-warhead that is able to vanquish Roadies. At the sight of this latter device, Megan recoils.

Back in New York, Luke has ventured inside the Neal house, and when he does, he transforms into his 16-year-old self (e.g. long flowing locks, root beer sweet tooth, penchant for video games). Probably not the kind of pet project Luke had in mind when he volunteered to take it solo.

Phil (Adam Korson) took it upon himself to do some more digging on the Neal house and discovered that it's not some little home on the prairie: Both of Miss Neal's parents died in a freak accident on the premises, making their daughter the sole inheritor of the place; after that, no one could recall ever seeing Miss Neal outside ever again — that is, until the day she was found dead.

So Phil, August (Maurice Dean Wint), and Zooey (Savannah Basley) make the schlep to New York to rescue Luke from whatever he's gotten himself into. Only, when they enter the house, they're transformed into 16-year-old versions of themselves too. Not only that, but the house has also stocked up on a few of their favorite things: vintage computers and sticky weed for August; candy and books for Phil; and guitars and piercing equipment for Zooey. And when they finally find Luke, he's in the living room gaming and drinking root beer — mad hard. 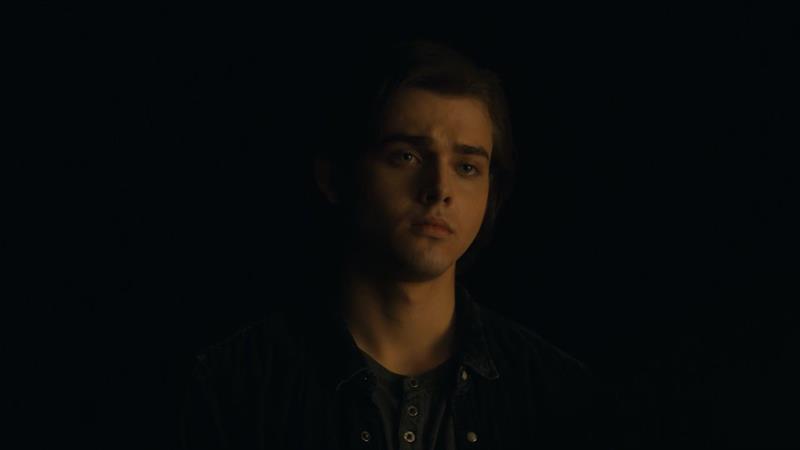 It would seem the house is doing everything it can to entice the whole gang to stay. But granting the wishes of four different people can be taxing. Can it keep up the act?

Zooey ventures to find out. She wills for something, and the house delivers it: a sumptuous chocolate cake. But when she goes to dig into it with a knife, she finds the inside is nothing but cardboard. The house is fronting.

Realizing Zooey has learned its weakness, the house ejects her from the second-floor window, back out onto the front yard, normal-aged once again. Similarly, when Phil and August look their gift horses in their mouths, they too get the boot. That leaves Luke alone in the house, trapped by what Phil now recognizes as a "glamor" — a spellbound place that grants occupants their every wish, at the price of their freedom.

Susan has gone back to the Donovan house to check up on Megan. The latter's still struggling with the demon, and Susan can sense it. Only, when the roadie goes on the attack, Susan matches it blow-for-blow, using her telekinetic powers to kickstart August's device to expel and trap the roadie.

His on-again-off-again girlfriend may have been released from her hangup, but Luke is still captive to a needy, possessive house. It's even conjured up a specter of his middle-aged self to try to convince him that the outside world is a hostile and disappointing place. But Luke is strong, and the experience inside the magic castle has taught him that his desire to help people (both alive and not) overpowers his fears of failure, rejection, and loss. Like his colleagues, Luke is ejected onto the front yard, and both the house and he are released from its glamor.

Now that everyone has returned to their old selves, Luke has an announcement to make: Unlike the Neal house, which tried to fake its way into making them like it, the Roman Agency isn't going to be something it's not just to please potential clients.

And those neat little piles Luke's been maintaining over the years? It's looking like real life is a lot messier, and more meaningful, than the most perfect set of piles could ever be.

Check out new episodes of SurrealEstate every Friday at 10 p.m. ET on SYFY.