We’re not talking about The Purge franchise; we’re talking about the real estate market, for as anyone who’s ever tried to sell their house knows — it can be absolute hell.

As we learn in the pilot episode of SYFY's SurrealEstate, it gets worse when the house in question is home to all manner of supernatural squatters, the kind that just won’t be evicted without an exorcism. Luckily, there’s a guy for that: His name is Luke Roman (Tim Rozon), and his real estate group, The Roman Agency, specializes in selling the so-called “stigmatized” properties that others can’t.

And right now, the doom business is booming. 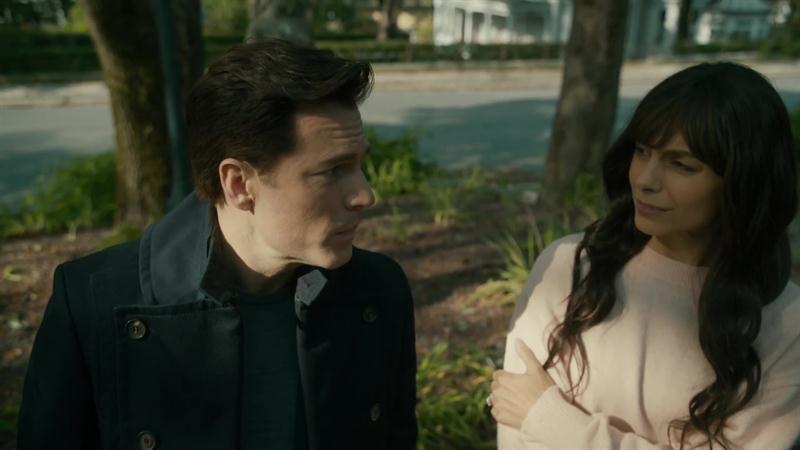 When we first meet Luke, he’s dropped in on one Megan Donovan (Tennille Read), a medical student who inherited a gorgeous Victorian from her grandfather when he died. He neglected to tell her that the house was haunted — the fireplace tries to engulf her, old autopsy photos come alive in her textbooks, etc. — and naturally, she wants to GTFO. With a little persuasion, Megan engages Luke and the Roman Agency to do whatever it is they need to in order to ready the house for market.

Luke’s team is a small but scrappy one, made of the down-for-anything/lapsed priest “Father” Phil Orley (Adam Korson), the ever-quotable and tech-savvy August Ripley (Maurice Dean Wint), and the quick-witted and macabre office manager Zoey L’Enfant (Savannah Basley). Additionally, the team welcomes new hire Susan Ireland (Sarah Levy), who hails from a rival real estate firm that recently experienced a freak fire in their office building. However, as Susan hastens to mention, “it was a small fire.” Curiouser and curiouser.

Let’s just say that when Luke first hired Susan, she wasn’t informed of all the occupational hazards attendant to the business. But while he briefs her on the ins and outs en route to another problematic property, she handles it better than most — that is, she doesn’t quit. After all, she doesn’t have a lot of options: She was having an ill-fated affair with her boss at the last place, and wouldn’t be able to get a job there now. Whether she likes it or not, she’s Roman Agency material.

Luke and Susan arrive at the Lenore household. The exasperated sellers, their recalcitrant teenage daughter Lauren, and their real estate agent, one Rita Weiss, are positive the place is possessed by a poltergeist — but all of August and Father Phil’s tests come back negative. When books start flying from the shelves, and heads of cabbage bolt from the refrigerator, however, the tests would appear to be moot. Mystery to be continued...

Meanwhile, over at the Donovan residence, August and “Father” Phil have arrived to perform some more tests. The metaphysical disturbances are off the charts, and August’s special bifocals reveal the place is crawling with spirits malicious and benign (but freeloading nonetheless). When Megan informs the ghost hunters she’s never been in the basement, they invite themselves to take a look, and are nearly eaten alive by some otherworldly mutt hungry for human flesh.

Susan is running up against walls with the Lenore case, too, as there’s been another incident that would seem to bely the “no poltergeist” theory: During dinner, a clock flew off the wall and gave the dad a concussion. Susan meets the family at the hospital where he’s convalescing and finds Lauren in the waiting room on the phone. Her heated conversation about a boy at school is getting disturbed by a nearby toddler bawling her eyes out over a misplaced toy. When her back is turned, Lauren telekinetically and inadvertently levitates the toy and replaces it in the toddler’s crib. That’s no poltergeist.

Susan decides to have a heart-to-heart with Lauren. All the hijinks at the house? It’s Lauren’s way of working through all that adolescent angst. Susan knows because Susan’s also telekinetic. Remember that fire at her last firm? She started that after the boss gave her the boot. With Lauren’s powers under control, they should be able to sell the house pretty quickly.

Back at the Donovan household, Megan has reached her tolerance for supernatural activity after ending up on one of the autopsy tables in her textbook, a (real? hallucinated?) scalpel pressed against her chest. She arms herself with several bottles of her grandfather’s vintage wine, runs outside, and calls Luke for help.

The next morning, a much-sobered Megan tells Luke all about the harrowing episode. He inquires further into the choice wine bottles Megan brought with her, and learns that before he died her grandfather was working on a wine cellar in the basement. Luke’s got a hunch.

Armed with a flashlight and some store-bought pork chops, the two venture into the basement in search of the source of the spiritual shenanigans. The chops keep the purgatorial pooch busy while Luke and Megan investigate farther into the unfinished wine cellar. Just as Luke expected, the workers inadvertently opened up a portal to the demon realm while constructing the cellar and forgot to close it (rookie mistake); that’s where all the bad vibes have been coming from. A little welding and that house should be market-ready.

Celebrating two closed cases in one day, Luke feels the urge to celebrate but gets overcome with nostalgia instead. Megan’s place? It’s got some sentimental value for him. Some years back, his mother went missing in that house, and was never heard from again. That night, Luke returns to the Donovan house, and lo and behold, in a second-story window is Luke’s mother, looking pretty good for a dead lady. 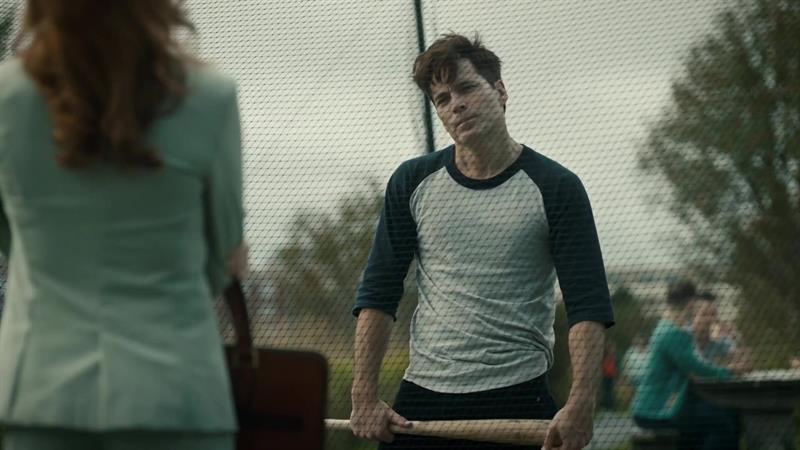