Today’s WIRE Buzz tackles two well-known horror properties, so if fans are looking for some spooky news as summer heads toward its cool, crisp end near Halloween, this is the right place to start. Also, James Gunn wants to use his newfound superhero clout to rerelease Guardians of the Galaxy the way it was meant to be seen — but we'll get to that later.

First up is the sequel to last year’s possession flick Along Came the Devil. Along Came the Devil 2 hopes to capture the same throwback vibe as Bruce Davison returns to exercise his right to exorcise. This time, a demon has attached itself to an entire town — making this first trailer a series of haunted house montages.

That’s about what fans should expect: nothing too out of the ordinary, just good ol’-fashioned demonic jump scares. The film, which stars Bruce Davison, Laura Slade Wiggins, Mark Ashworth, Cassius DeVan, Tiffany Fallon, and Heather DeVan, comes from returning director Jason DeVan, who co-wrote with Heather DeVan. The film also released a poster: 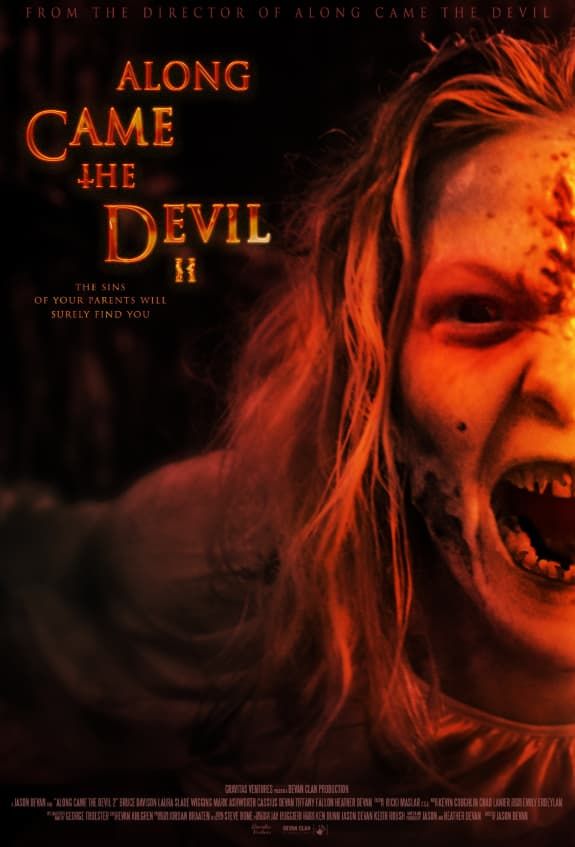 Along Came the Devil 2 hits theaters, digital, and on demand on Oct. 11.

Okay, so about that Guardians of the Galaxy thing. Gunn famously selected the film's nostalgic soundtrack to create one of the most impactful movie tie-ins in modern memory, but not everything he wanted made the cut.

"Magic" by Pilot and "Livin' Thing" by ELO got chopped from the movie during the editing process, while Three Dog Night's "Never Been to Spain" was simply too pricey to include from the start. But, as Gunn pondered on Twitter, perhaps there's a future where these things could be added to a director's-cut rerelease of the Marvel film:

It’s a dream of mine to do a rerelease of GotG Vol 1 with Livin’ Thing and a couple of other small additions. 👋, @MarvelStudios. https://t.co/9N8kG144i6

I’ve licensed every song I’ve sought (although on the first film I inquired about Never Been to Spain and its price tag scared me off from even considering it). https://t.co/8A53x17l7g

Sorry, a Director's Recut, as Gunn puts it:

The original films ARE the Directors’ cuts, as the cuts were my choice. I’ve just changed my mind about a few things since then, so it’d have to be a Director’s Recut. https://t.co/d5qg8jNhgW

No movie has ever needed less ELO in it, so these seem like smart moves — and Gunn has the weight to throw around in order to get it done. While no date has been officially announced, the writer/director is expected to finish out the GotG trilogy after doing his Suicide Squad film for DC.

Finally, horror multi-hyphenate Mike Flanagan has been naming names for the cast of his upcoming entry in Netflix’s Haunting of … anthology. In a series of recent tweets, the man behind Hush, Gerald's Game, and the upcoming Doctor Sleep announced tons of actors who would be joining The Haunting of Bly Manor. Among those named were Catherine Parker, iZombie’s Rahul Kohli, T’Nia Miller, Amelia Eve, Amelie Smith, and Benjamin Ainsworth.

Almost a decade ago, I first worked with CATHERINE PARKER on a tiny movie called ABSENTIA. Last season, she was unforgettable as Poppy Hill... today, I’m thrilled to announce that she’s joining us at Bly Manor.

If you’ve been watching YEARS AND YEARS, you’ll recognize the amazing T’NIA MILLER, who has joined Bly Manor in a lead role. @TNiaMiller

If you’re a fan of SUPERGIRL or iZOMBIE, get ready for the remarkably charming RAHUL KOHLI, one of new leads. @RahulKohli13

Also joining us in a lead role is the incredible AMELIA EVE, an amazing addition to Bly Manor.

And if you know THE TURN OF THE SCREW, you know how critical the characters of Miles and Flora are... I’m so grateful that we found BENJAMIN AINSWORTH and AMELIE SMITH, who will be amazing in these crucial roles.

Emphasizing the latter two, Flanagan noted their importance to the story (based on Henry James’ The Turn of the Screw). The two kids will be crucial to the paranormal tale and shoulder much of the creepy acting duties. They join a cast already stacked with faces like Victoria Pedretti, Henry Thomas, and Kate Siegel.

The Haunting of Bly Manor looks to follow up Hill House’s viral sensation in 2020.

It's a fan thing
Join SYFY Insider to get access to exclusive videos and interviews, breaking news, sweepstakes, and more!
Sign Up for Free
All Posts About
Movies
News
TV
Along Came the Devil 2
The Haunting of Bly Manor
Related Stories

Midnight Mass: 7 movies and shows to watch when you finish the Netflix horror series