While Disney+ is looking to have a slate of original programming to rival that of Netflix and Amazon, you can be sure that one title won't make the cut. At least not for a while. Deadline reports the Mouse House has pulled the plug on bad guy-centric series, Book of Enchantment, which was to be based on the popularVillains publications by Serena Valentino. It was first announced in February of this year.

In development for almost a year, the show was 13 weeks deep into a writers room, but the ultimate decision to axe the series was "largely creative, related to show’s tone and direction ... executives at the streaming platform felt the series was going into a darker direction than anticipated," reads the initial story. When an effort to lighten the tone failed (combined with a large budgetary ask), Book of Enchantment's death sentence was reportedly passed down with all involved parties agreeing that any further changes would comprise the original vision.

Despite no official green light, budgeting, location scouting, and financial deals were already in place. Moreover, production was expected to kick off in the U.K. in May of next year. Michael Seitzman (Quantinco, Code Black) was spearheading the project for ABC Studios/ABC Signature as showrunner, penning both the show's story bible as well as its pilot episode. 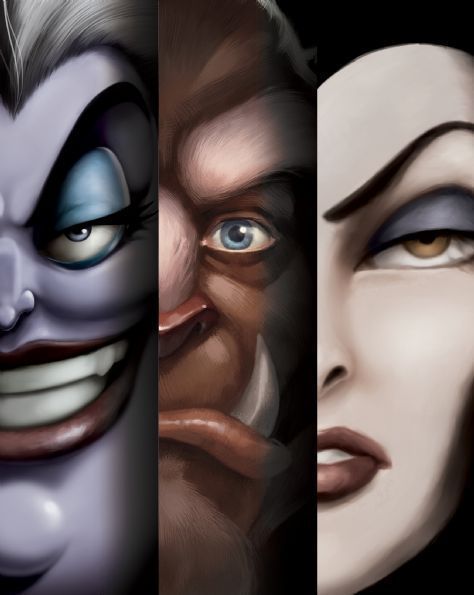 This news seems like another confirmation that Disney+ will only be concerning itself with lighter, family-friendly fare. With that said, Disney can still relegate darker and more mature stream-worthy projects to Hulu, which it now owns following the multi-billion dollar acquisition of 20th Century Fox. In addition, Deadline also writes that while Book of Enchantment won't be moving forward at this time, Disney+ is still interested in the ABC Studios-owned property, which could be re-developed somewhere down the line.

And all of this isn't to say that the company isn't interested in live-action features that center on villains. Case in point: Disney Channel recently closed out its Descendants trilogy, which centered on the children of famous Disney baddies. On Oct. 18, Maleficent: Mistress of Evil (itself a sequel to the 2014 origin story about the dark fairy of Sleeping Beauty fame) hits theaters with Angelina Jolie once again returning to play the title role. Lastly, a standalone movie about a young Cruella de Vil (the fur-obsessed criminal from 101 Dalmatians) is in development with Emma Stone leading the cast and Craig Gillespie (I, Toyna) in the director's chair.

Exploring the origins of iconic antagonists like Maleficent, Ursula (The Little Mermaid), the Beast (Beauty and the Beast), and the Evil Queen (Snow White), Valentino's books have been published at a steady rate since 2009. The most recent entry, The Odd Sisters, went on sale last month.

Disney+ goes live Nov. 12, with Jon Favreau's The Mandalorian being one of the platform's first original series to launch the same day. More details about the subscription service are expected to be revealed at D23 Expo in Anaheim this weekend.

Disney did not immediately respond to SYFY WIRE's request for comment.

It's a fan thing
Join SYFY Insider to get access to exclusive videos and interviews, breaking news, sweepstakes, and more!
Sign Up for Free
All Posts About
News
TV
Book of Enchantment
Disney
Disney+
books
streaming
You May Also Like
Recommended by Zergnet
Latest on SYFY WIRE