It's hard to imagine anyone else playing literal-minded Drax the Destroyer other than Dave Bautista, but if history had taken a different turn, Chadwick Boseman could have inhabited the iconic Guardians of the Galaxy role.

Years before he was ruling the advanced nation of Wakanda in Black Panther, Boseman tried out for the part of Drax, which he obviously didn't get. During a guest appearance last night on The Tonight Show Starring Jimmy Fallon, the actor talked about the experience, which put him on the Marvel Studios radar and allowed him to enter the MCU as Prince T'Challa in 2016's Captain America: Civil War.

"So, I didn’t know what it was," he added, referring to the audition. "I only had a few pages [of the script] at that time. So, it was just good to come in and play to see what they did with it."

Nevertheless, Sarah Finn, casting director for every Marvel Studios film to date, kept Boseman in mind for a later role that would make him a screen icon.

"Sometimes that’s the way it works as an actor: You go in knowing you’re not gonna get [the part] but you’re meeting the people that might be like, ‘It’s not this, but we’ll put him in this other thing.’ I feel like this was one of those moments where they were like, ‘We could use him later,'" the actor continued.

Boseman will reprise the role of King T'Challa in Black Panther 2, which claws its way into theaters on May 6, 2022.

The CW is expanding its slate of original genre programming with a drama show based on the hit Midnighters series of books by Scott Westfield, Deadline has confirmed. WBTV has tried to adapt the novels for the last 14 years, and this time, it sounds like the network may finally succeed.

Drawing from Westfield's trilogy — The Secret Hour (2004), Touching Darkness (2005), and Blue Noon (2006) — the show will follow a brother-sister duo who learn that they are Midnighters, special individuals born at the stroke of midnight who can access an extra 25th hour of the day. While they initially use this power for personal gain, they are eventually thrust into a conflict against an ancient evil that's been waiting to break free of the 25th hour for centuries. 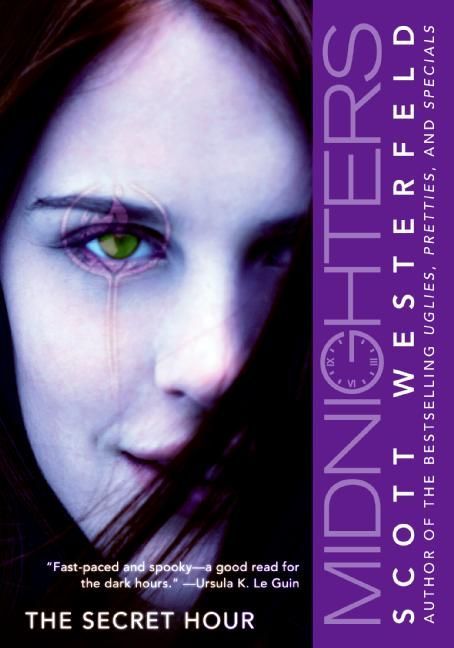 It sounds like the perfect addition to the network's roster of dark, teen-oriented dramas such as Riverdale, Nancy Drew, and Legacies.

Produced by Warner Bros. Television and Alloy Entertainment, the project is being overseen by Martin Gero (creator of NBC's Blindspot) and Chris Pozzebon (co-executive producer on Blindspot).

Genre projects will be well represented at the 62nd Grammys, which just announced its nominees today. Making the cut: Avengers: Endgame, Game of Thrones Season 8, The Lion King 2019, and Mary Poppins Returns, which scored nominations in the Best Score Soundtrack for Visual Media category.

The Lion King 2019 also secured a spot in the Best Song Written for Visual Media category, thanks to "Spirit" by Beyoncé. Another Disney film, Toy Story 4, is in the same category for Randy Newman's "The Ballad of the Lonesome Cowboy."

Even John Williams is in the running for Best Instrumental Composition, thanks to his musical theme for Star Wars: Galaxy's Edge.

The 62nd Grammy Awards will be held at the Staples Center in Los Angeles on Jan. 26, 2020. For the full list of nominees, click here.

All Posts About
Movies
News
TV
Avengers: Endgame
Chadwick Boseman
Grammys
Guardians of the Galaxy
The CW
WIRE Buzz
You May Also Like
Recommended by Zergnet
Latest on SYFY WIRE