Want to see Mark Wahlberg go full-on Doctor Strange? Just watch the first kaleidoscopic trailer for Infinite, which stars the Uncharted actor as Evan McCauley, a self-medicated individual who believes the visions he's had since youth are the byproduct of Schizophrenia. As you might imagine that's not the case — those visions are actually flashes of previous lives, leading Evan down a path that leads to one of those Wanted/Highlander situations you might have heard about.

McCauley eventually learns that he is an "Infinite," an immortal being with the ability to reincarnate throughout the eons. Armed with critical knowledge that only comes from 1,000 different lifetimes, our hero must unlock the secrets lurking within his own memories and defeat a rogue member of the Infinites. Played by The Old Guard's Chiwetel Ejiofor, this villain wants to end all life in order to stop what he sees as cursed and endless cycle of reincarnation. Seems like great practice for when Ejiofor returns to the MCU to eradicate all magic as the dreaded Mordo.

Behold the trailer below:

Helmed by Training Day director Antoine Fuqua, who previously worked with Wahlberg on 2007's Shooter, the project originally had Chris Evans attached to play the starring role. The MCU vet parted ways with the production in 2019. Based on a screen story by Todd Stein (2:22), Ian Shorr (Trenches) adapted the movie's screenplay from D. Eric Maikranz's novel, The Reincarnationist Papers (currently on sale from Blackstone Publishing).

Originally slated for a wide theatrical release last summer, Infinite was indefinitely delayed by the COVID-19 pandemic. Paramount announced earlier this week that the film would skip theaters for an exclusive rollout on the studio's streaming platform, Paramount+ (formerly CBS All Access) next month. According to a report by The Hollywood Reporter, Wahlberg, Fuqua, and producer Lorenzo di Bonaventura were not made aware of the decision beforehand.

Infinite will expand our minds when it hits Paramount+ Thursday, June 10. 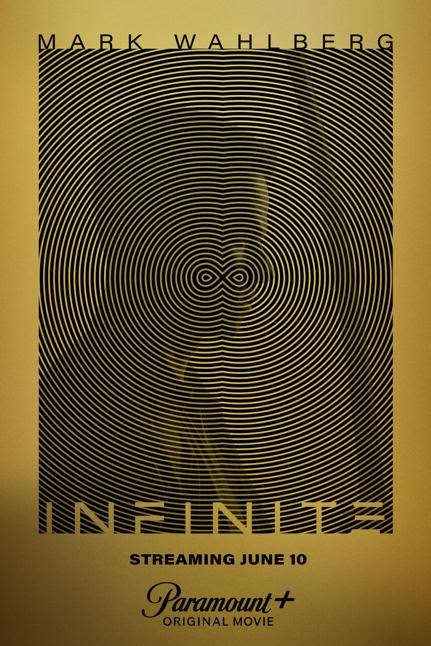 Homo sapiens are older than we ever thought