Ho-ho-hello: Another origin of Santa Claus is on its way in the first trailer for Netflix's upcoming holiday-themed film, Klaus.

Directed and co-written by Sergio Pablos (progenitor of the story for Despicable Me), the animated project centers on a postman named Jesper (voiced by Jason Schwartzman) who convinces a carpenter/toy maker by the name of Klaus (played by J.K. Simmons) to embrace his destiny and deliver his kid-friendly creations to good boys and girls.

Klaus warms up to the idea and youngsters all over the globe begin writing to him (their letters delivered by Jesper), but their good-hearted operation in the cynical hamlet of Smeerensburg faces backlash from fellow townsfolk (led by Joan Cusack's Mrs. Krum) who don't tolerate joy very well.

Check out the trailer:

Rashida Jones, Will Sasso, and Norm Macdonald all co-star.

Klaus rides its sleigh onto Netflix on Nov. 15.

Two months after Disney announced it's mounting a live performance of The Little Mermaid, we finally have our look at the principal cast in their respective costumes.

In the short video below, you'll see Auli’i Cravalho (Moana) as Ariel, Queen Latifah (Empire) as Ursula, Shaggy as Sebastian (he was behind the 2000 hit "It Wasn't Me"), John Stamos (Full House) as Chef Louis, and Graham Phillips (Riverdale) as Prince Eric.

The live performance is being directed and executive-produced by Richard Kraft, who helmed a similar live performance at the Hollywood Bowl in Los Angeles. However, this isn't the only live-action take on the 1989 feature that kicked off the Disney Renaissance. Director Rob Marshall (Mary Poppins Returns) is overseeing a feature-film remake with Halle Bailey in the titular role.

Lastly, we bring you news that James Wan's production company, Atomic Monster, will be producing a live-action TV adaptation of the horror comic Dylan Dog. Created by Tiziano Sclavi, the comic series (published in the U.S. by Dark Horse) is all about the eponymous British paranormal investigator who often deals with ghosts, werewolves, vampires, zombies, and other assorted monsters. Atomic Monster is joined by Sergio Bonelli Editore (an Italian comics publisher) and Bonelli Entertainment.

“Dylan Dog is truly one of my favorite comic books ever,” Wan said in a statement. “I was first introduced to the Nightmare Investigator back in high school by my European friends. And though I didn’t understand the foreign text, I easily understood the story through the beautiful artwork, and its loving references to the horror genre. I’m excited to team with Sergio Bonelli Editore to bring this to life on screen.” 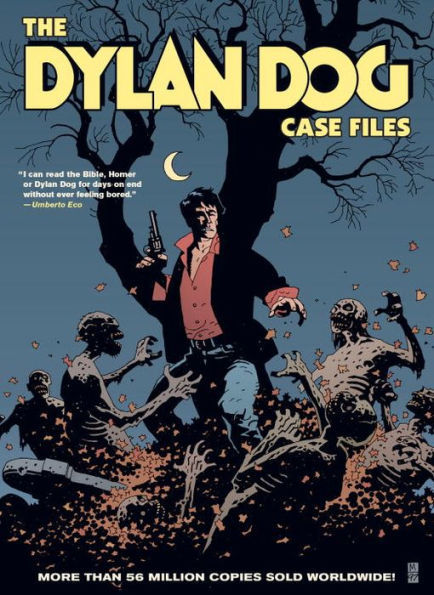 As a comic, Dylan Dog has been running for over three decades, churning out more than 500 stories, so there's no shortage of plot lines for the upcoming show, which is actively putting together a writers' room as we speak.