The uncanny world of Stranger Things is about to get a whole lot stranger when Season 3 arrives on Netflix this July 4, and fans are clamoring over clues and hints of where the series might detour in its upcoming chapters. 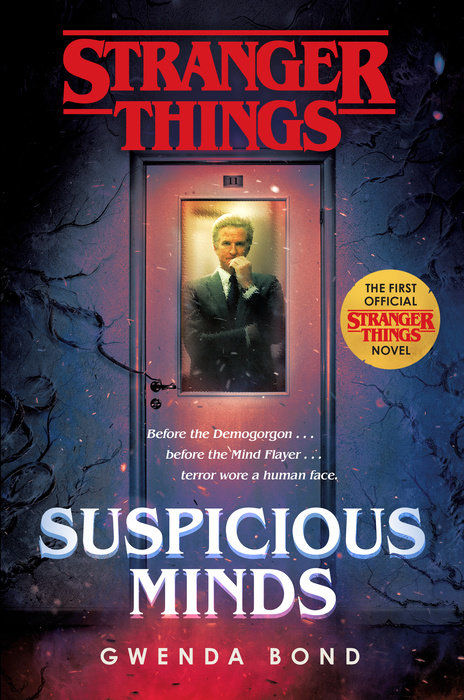 The storyline is set in the summer of 1969 during the height of the turbulent youth movement in America as a young Terry Ives struggles to find her way as a naive Bloomington, Indiana college student. A sinister scientist named Dr. Martin Brenner has set up shop in Hawkins and Ives signs on as a test subject for a secret government program code-named MK Ultra.

Inside Hawkins National Lab, she's subjected to untold terrors of mind-altering drugs and learns the truth behind a shocking conspiracy with the aid of a dangerous and unstable fellow test subject known only as 008.

Bond admits that she knew she'd be into Stranger Things from the moment Stephen King tweeted about it the weekend it dropped on Netflix.

"I feel like the Duffer Brothers and I grew up with a lot of the same influences, especially '80s horror fiction and film," Bond tells SYFY WIRE. "Those stories were also often shot through with humor, deep characterization, and strong relationships… and sinister government agencies, of course. Stranger Things manages the perfect balance of all those things and establishes a memorable, iconic supernatural universe and one of the greatest pop culture characters of the past decade in Eleven."

The origins of this first-ever Suspicious Minds addition to the mythology had some inspiring effects when Bond was first approached for the project.

"I went into a deep wood at midnight and performed an eldritch ceremony… Well, I would've," she jokes. "My editor at Del Rey approached my agent and asked if I'd be interested in writing a novel about Eleven's mother Terry and her time in the MKUltra program and it was, of course, a dance-around-the-living-room yes.

"I feel deeply honored and tremendously lucky to be trusted with telling this story by all involved, particularly the Duffers and Netflix. It's always nerve-wracking when you take on a project in a world that so many people love and are invested in. I hope that people come to love Terry and her friends as much as I do."

As inspiration for the book's plot and characters, Bond worked backward from what we all know from seasons one and two concerning Terry and Eleven, Eight, and the nefarious Dr. Brenner.

"We know Terry ultimately isn't successful in her quest to rescue her daughter, but we also know she's a fighter who never gave up against huge odds," she recalls. "I also knew I wanted to write a strong friend group, because that's elemental to Stranger Things. I wanted Terry to have a girl gang, so that led to creating Gloria and Alice, and then also their friend Ken, who then became the Fellowship of the Lab. My editor and I both wanted the novel to be a period piece, firmly set in 1969-70, so I pulled in lots of the real history of MK Ultra, the politics of the period, and music and pop culture too."

When last we saw Terry Ives (played by Aimee Mullins) in Season 2, she was catatonic and babbling a constant string of words representing the combined trauma of her time under Dr. Brenner's "care" while part of the MK Ultra program, with each utterance connected to a particular detail or observation while at the Hawkins National Lab.

Following an unsuccessful attempt to take her daughter, Eleven, back by force, she's captured and subjected to electroshock therapy that leaves her in a vegetative state and cared for by her sister, Becky. During Eleven's unsettling visit and subsequent psychic connection with her birth mom, Eleven learns that there was another test subject known as 008, AKA Kali Prasad, she'd play with in the Rainbow Room. 008 eventually escapes once her powers mature and she's finally found by Eleven in Pittsburgh enacting a series of petty thefts with a gang of criminals.

In a case of art imitating life, Project MK Ultra was an actual government program carried out by the CIA from 1953 to 1964 to record the effects of potent psychedelic compounds like LSD, psilocybin, and MDMA on the human brain while in extreme isolation conditions. The secret program was carried out at prisons, universities, mental institutions, and hospitals until the covert experiments were halted in 1973. These Cold War atrocities helped form the backbone of the Stranger Things narrative arc for series creators, The Duffer Brothers.

Bond's expansion of the Stranger Things saga and the tragic life of Terry Ives was carefully guided by official Stranger Things staff writer Paul Dichter, who worked closely with her to ensure this novel would adhere to the official canon of the show.

"There are also answers to questions that fans have been asking since season one that I got to answer in the book," Bond admits. "We know that Terry has some capabilities from the show and her interactions with Eleven. Showing more of the experiment through Terry's eyes lets us see those more clearly — even than Dr. Brenner sees them. And, of course, Eleven's biological father is a huge open question, and one that is definitively solved here in a way I hope will be powerful for readers. The biggest reveal in the book is the extent of Terry's heroism shown best through her relationships with the other test subjects — a mix of people with very different social, economic, and racial backgrounds — and why she gets involved at all. Like so many of us, Terry just wanted to make a difference."

Besides the aforementioned plot points, fans will also be treated to tantalizing topics like: what happened to Terry's parents (Eleven's grandparents), who else joined the initial experiment and why Terry participated, how close Brenner came to being shut down, a glimpse at 008's powers before she learned to control them and what she was like as a child, and cool trivia such as who is Terry's favorite LOTR character and that she's a huge Janis Joplin fan.

One of Bond's most rewarding experiences was the sheer fun of climbing inside Brenner's villainous head.

"He has some of the same motivations the real founders of MK Ultra did, and just enough arrogance to believe he alone is well-suited to unlock the secrets of the human mind," Bond says. "With Terry, he uses a combination of drugs and guided hypnosis to get to know her weak points. We don't know exactly how far Terry's powers might have gone had she stayed at Hawkins, but we get confirmation she can visit the void and has some mental abilities there."