World War Z author Max Brooks on that coronavirus PSA he made with his dad, Mel Brooks

Ever since the coronavirus pandemic began to rear its ugly head in the United States, celebrities have been using their immense social media followings to both entertain and deliver crucial safety information. While there are plenty of great videos to choose from, none have become more widespread than the PSA on social distancing from Max Brooks and his legendary father, Mel.

"It’s not a very dramatic story," Max, who wrote 2006's World War Z, insists during a phone call with SYFY WIRE. "It was just me thinking about how I could get the message across to people about social distancing. How do you drive home the point that it’s not just the point about you getting infected, but who you can infect? I thought, ‘I’ll shoot a video with my dad to illustrate that point.’ So, I called my dad, ran it by him, he says 'OK,' I got over to his house, [and we shot it]."

While many of us laughed at Mel Brooks exuding his famous comedic charm by shooing his son back home, that final moment connotes a tragic flip-side of the popular tweet's backstory.

"The only frustrating part was not being able to hug him," Max adds. "That image of us being separated by glass was real. I never went in the house and I haven’t hugged my dad since this started."

A message from me and my dad, @Melbrooks. #coronavirus #DontBeASpreader pic.twitter.com/Hqhc4fFXbe

Since it hit Twitter last Monday (March 16), the video has proved itself very strong with the Schwartz, racking up half a billion likes and almost 200 million shares. Did Max think his message on public health  would be so well-received by the internet?

"Oh god, no!" he exclaims. "The funny part was we put it up in the morning and then I walked away from it because I had stuff to do. I had a garden to plant. I was working in the dirt for a few hours and then I went back to it once I was done and thought, ‘Well, you know, maybe somebody saw it and maybe somebody got the idea.’ And boom! I had no idea."

Just like Chuck Wendig told us, Brooks believes that the current situation was inevitable.

"What’s happening today is not so much a matter of prediction, as just history repeating itself," he explains. "I did not set out to predict anything when I wrote World War Z. I was just drawing on history. My research of past plagues dictated how my fictional zombie virus would spread. Unfortunately, as a student of history, I’ve learned that it does tend to repeat, so here we are again."

Framed as an oral history told by the human survivors of a global zombie outbreak that nearly ended the human race, World War Z was very much based on the SARS epidemic of the early 2000s. But even when you're dealing with a fictional ailment that turns dead people into flesh-eating ghouls, there's a lesson to be learned about how we can (and should) deal with modern pandemics.

"I’m saddened that there are so many parallels because it doesn’t have to be this way. The great metaphor about zombies ... goes back to George Romero," Brooks continues. "[He] invented the modern zombie story and with it, was the great lesson that this crisis is preventable. The same thing with pandemics. A pandemic is as bad as we let it be. And so, when I see this virus spreading out of control and I see the panic that comes with it, I am so disheartened by the fact that it is all preventable from the bottom up and from the top down."

As for the government's response, Brooks, who has given scholarly talks on World War Z to strategic branches of the military, is dismayed by what he views as our disunited response for tackling COVID-19. An egregiously underfunded CDC and the anti-vaxxer movement aren't helping the situation, either.

"We could’ve invoked the Defense Production Act then, we could’ve gotten the systems of government and private industry ready. If we had done that, we could’ve avoided this massive panic. Because eventually, the virus was gonna come here, but by the time it came here, the federal government [could have] said, ‘Listen, it’s here, but don’t worry. We knew it was coming and unbeknownst to you, we’ve been getting the country ready. We are ready, do not panic.’" 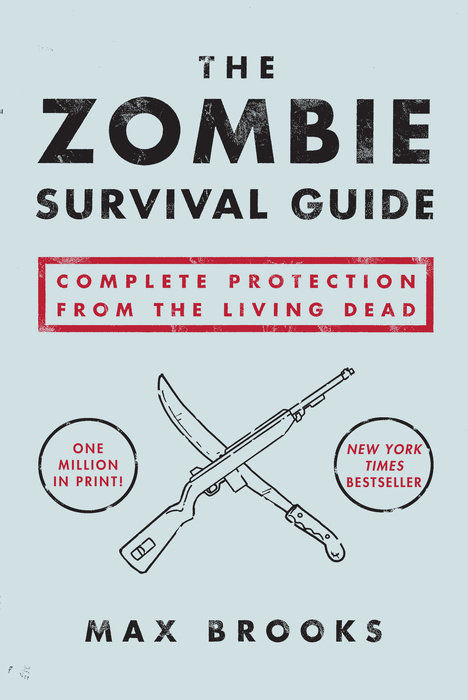 As someone born in the early 1970s, Max is old enough to remember the tragic AIDS-HIV crisis that swept through America in the '80s. He's quick to point out that one of the common threads running throughout almost every novel health scare is bogus remedies. In World War Z, for example, it's a placebo panacea called Phalanx.

Using science fiction as a way to hold up a mirror to what's going on in the world is nothing new. Brooks posits that the genre, "if done right," can be "the greatest social educator in human history," which goes back to his point about Romero.

"That’s what science fiction used to be," he states plainly. "How many people in the real military first learned about what it was like to serve their country from Starship Troopers? How many of us learned morality from Star Trek? How many of us examined real life issues through Twilight Zone?"

Personally, Max is a major fan of J. Michael Straczynski's Babylon 5, which he believes can teach anyone what it's like to be a human being. But that's the point, because sci-fi is not only didactic, it's also the spoonful of sugar that makes the medicine go down. Hard truths about who we are, what we're doing, and where we're going are always easier to ingest when wrapped around a sweet coating of space travel, aliens, and zombies.

"Sometimes, I get infuriated with some of my fellow writers when they’re using entertainment just to entertain. Because it can be so much more," the writer concludes. "If you’re trying to impart real lessons to people, you don’t want to scare them off and you don’t wanna bore them to death. So put it in a story, entertain people, take em’ on a fun, exciting journey and then when the journey’s over, maybe they’ve learned something … I can’t stress enough that education through entertainment is the greatest weapon we’ve got, not just in this pandemic, but in the greater world."

"Just stay away from each other. We can’t infect each other if we stay away from each other," he reiterates for the people in the back. "It’s literally that simple. If you don’t have to go to a crowded grocery store, don’t go. The problem with hysteria, with panic, is you see these people cramming into their local supermarkets to buy emergency food that they don’t need. And in doing so, they’re spreading the virus to each other. Then they come home with toilet paper and coronavirus."

For our list of all the events, films, TV shows, and more affected by the pandemic, click here. And for extensive information on how to keep you and your loved ones safe, check out the CDC’s coronavirus website.