The queer witches from TV who make us proud

Sometimes “queer witch” feels like a redundant phrase. Like, what isn’t queer about witches? Believing in the power of femininity? Check. Wanting equality for women? Check. Seeing each person as a source of power? Check. Recognizing the myriad forces that control our lives? Check. Wearing a lot of black? Check.

But when the queerness around witches gets to be not just subtext but plain old regular text? Well, that just makes for the kind of TV that will make you feel proud.

From Buffy the Vampire Slayer to The Chilling Adventures of Sabrina to Motherland: Fort Salem, we’ve gathered the 12 queer witches from TV who make us beam with pride. We’ve grouped them by series in part because they all mostly date each other.

When you think of queer witches on TV, Buffy the Vampire Slayer’s Willow and Tara are probably among the first to pop into your mind. The pair were one of the very earliest examples of queer women representation on TV and, particularly for the time, Willow and Tara were largely a source of positive representation, showing how two women fall in love without making their relationship salacious. Individually, both characters are also awesome and quite powerful in their abilities. Over the course of the series, the Slayer’s BFF Willow goes from meek, agreeable bookworm to feisty, powerful bookworm and comes out in the process. Meanwhile, Tara is a badass witch from a family of witches and though her senseless murder still frustrates fans to this day, her calm, steady presence on Buffy changed the series for the better.

While there are lots of things to enjoy about the Charmed reboot, the presence of queer witches might be the very best part. (OK, fine. The sisterhood is the best part, just like with the original.) The middle sister of the Charmed trio is Mel Vera, an openly lesbian Latinx woman. Mel starts out with the ability to freeze time, people, and objects, but as her powers grow (and she’s sent into witchness protection… it’s a whole thing) she gains the ability to manipulate molecules. Mel was on track to become an academic and professor, but when she rewrites history to save her human girlfriend, her career is reset. After she and the human break up, Mel dates half-witch, half-whitelighter Jada (who is quite sexy and should still be on the show kthxbye) and though their romance ends abruptly, Jada helps Mel open her mind to think of the powers of good and evil as more complex than simply all-good and all-bad. Charmed’s Abby, half-demon, half-witch, first shows up in Season 2 and is a total jerk, but also an undeniable bisexual hottie.

As a series, Charmed certainly has some issues about how it has both packaged and presented the three sisters' Latinxness, but Mel (and actor Melonie Diaz) are still worth celebrating. 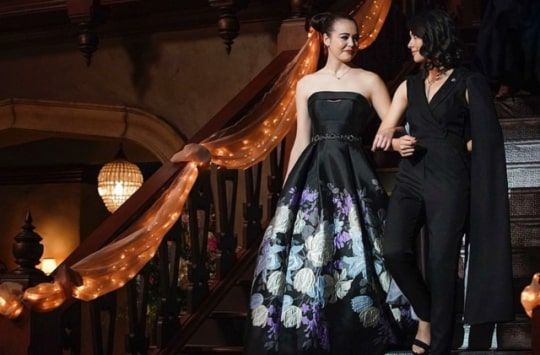 While Legacies has left the door open for other witches on the series to come out, there are two queer witches who are currently out and proud. Jo Saltzman, one of the main characters of the series, is openly bisexual and shown in relationships with characters of multiple genders — including her ex-girlfriend and fellow witch Penelope. We don’t know a lot about Penelope and it seems like we won’t learn more in the near future since she moved away early in Season 1. Jo, however, is a complex and exciting queer character. Her relationship to magic echoes Buffy’s Willow in interesting ways, but also advances the "queer witch in crisis" narrative.

Prudence and Ambrose (The Chilling Adventures of Sabrina)

The Chilling Adventures of Sabrina is supposedly about Sabrina Spellman and how she becomes a witch, but really, the best parts of the series are everything that happens around Sabrina. Take Prudence, for example, who is introduced to as a real-big-meanie-we-shouldn’t-like and ends up being one of the most delightful parts of the series. This queer, biracial, top-notch witch doesn’t like Sabrina — and as the series progresses, we end up on Prudence’s side. It helps that she starts dating another favorite character, Ambrose, the Black, pansexual warlock (boy-witch, if you will). Ambrose is a very old witch who has studied many forms of art, hung out with a lot of cool historical figures, and once tried to blow up the Vatican. When it comes to queer witches, it’s hard to do better than Prudence or Ambrose, so yeah, putting the two in a relationship is just mind-blowingly awesome.

Motherland: Fort Salem is a series about an alternative history of the United States where the Salem Witch Trials ended not in the deaths of many innocent women, but in the formation of an army of witches. As we follow three cadets who enroll in boot camp, we learn about the military, witchdom, and how gender has manifested differently in a world of empowered witches. One of the main three characters is Raelle who has a natural talent for healing and a whole lotta power. She doesn’t want to be at boot camp or help out in any war, but as she grows closer to her companions, she learns to accept her new life. It doesn’t hurt that she meets a cute necromancer named Scylla almost immediately upon arriving at Fort Salem. Both characters are passionate and powerful, but what will they do when they find themselves on opposite sides of a revolution? 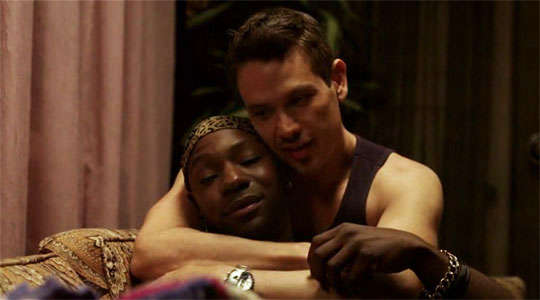 Jesús is one of the very best parts of True Blood. Not only is he a fantastic person and nurse, but he’s also a formidable brujo capable of truly remarkable feats including pyrokinesis. But, the thing that makes him really special is how perfect he is for Lafayette. Jesús treats Lafayette like the important, powerful, queer Black man he is in a world that disrespects Lafayette left and right. Their love is so pure I could just weep. (Honestly, I will never ever forgive the creators of True Blood for killing Jesús off so cruelly.) As a queer Latinx man, Jesús also provided much-needed representation, as these sorts of supernatural beings are typically depressingly white, straight, cis, and overwhelmingly female.

Why Samantha Stephens of Bewitched deserved a better husband