Sign Up For Free to View
Photo: Dark Horse Comics and SYFY

SYFY's Resident Alien returned to our screens this week, kicking off Season 2, and with it, we invited Harry Vanderspeigle and the quirky townsfolk of Patience, Colorado back into our lives. We've even got the Resident Alien After Show to talk about our initial reactions and secrets from the Season 2 premiere and future episodes.

To help celebrate all that is Resident Alien, we are giving all of our SYFY WIRE Insider readers the chance to read the first issue of the second story arc of the original comics, Resident Alien: The Suicide Blonde #0, for free thanks to Dark Horse Comics.

As the intrigue on the show deepens and fans allow themselves to ponder what might be coming down the line, the Resident Alien comics, created by Peter Hogan and Steve Parkhouse, will always be a go-to reference. Now, comparisons can always be made between comics and live action, with the biggest being a shift in tone. The comics are a more pensive, subtle look at humanity through the oversized eyes of an alien and his penchant for solving murder mysteries. SYFY's series is a dark comedy filled with more conflicts for Harry to juggle, while developing other unique characters who populate the world of Patience, Colorado.

There are themes, story elements, and details from the comics that work their way in, which is why it's always worthwhile to go back and take a look at the source material. Harry's hobby of solving murder mysteries is largely what the comics are about. In Resident Alien: The Suicide Blonde #0, Harry is recovering from a gunshot and is nursed back to recovery with the help of Asta. The friendship between Asta and Harry is an anchor for the series, even in early issues like this one. There are also glimpses of government conspiracies and a conversation between Harry and Mayor Bert lamenting over the new doctor. If this is the first time you've read the comics, then you'll notice the big difference between the untrustworthy Mayor Bert in the comics and Mayor Ben in the series, who is still a bit wet behind the ears.

This issue leads into the second major story arc where a college girl is found dead in a motel and made to look like a suicide. The clues lead Harry away from Colorado to Seattle, where details are uncovered. Elements of noir and crime storytelling make their way into this science fiction comic and that's part of what makes Resident Alien a joy, no matter the medium.

Check out the entire issue below, as well as all five story arcs from Dark Horse comics (with a sixth and concluding mini-series in progress). New episodes of Resident Alien air Wednesdays on SYFY at 9/8c, and stream next day on Peacock.

Check out the full first issue of Resident Alien: The Suicide Blonde below: 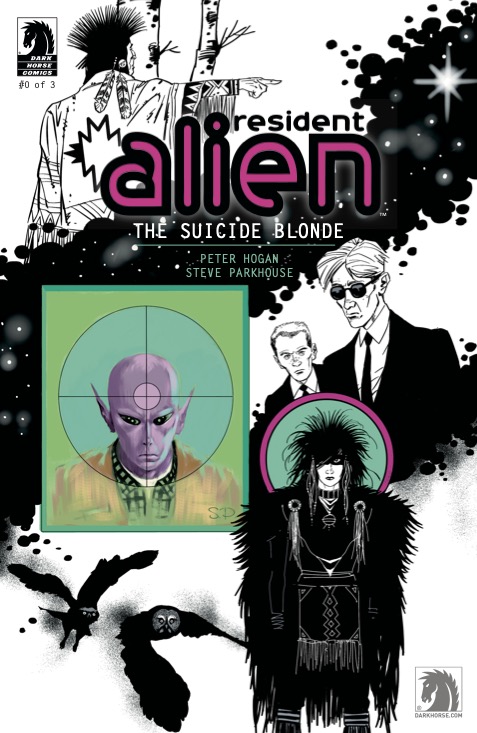 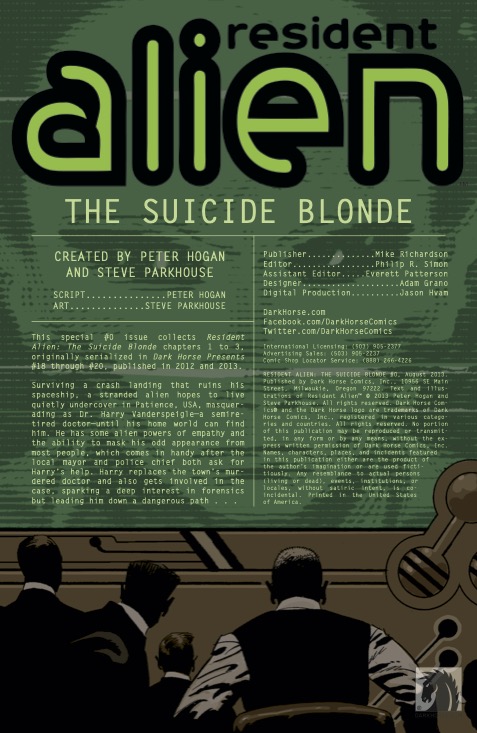 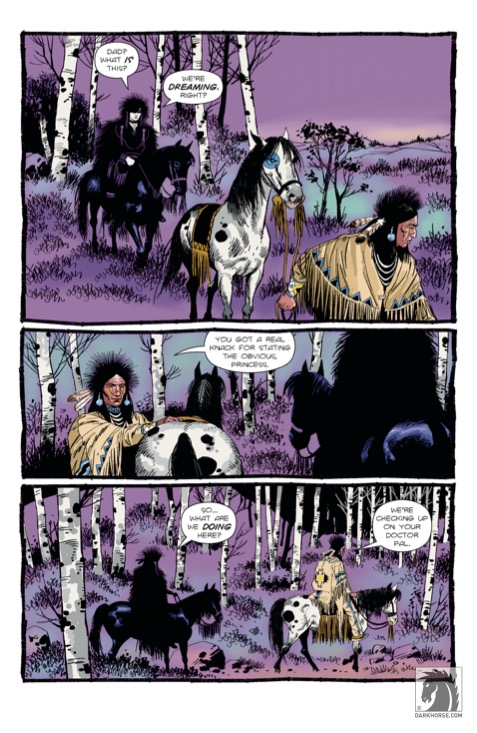 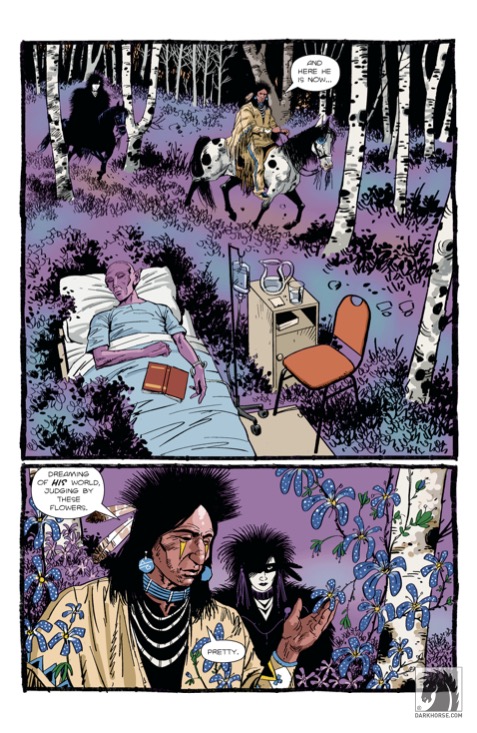 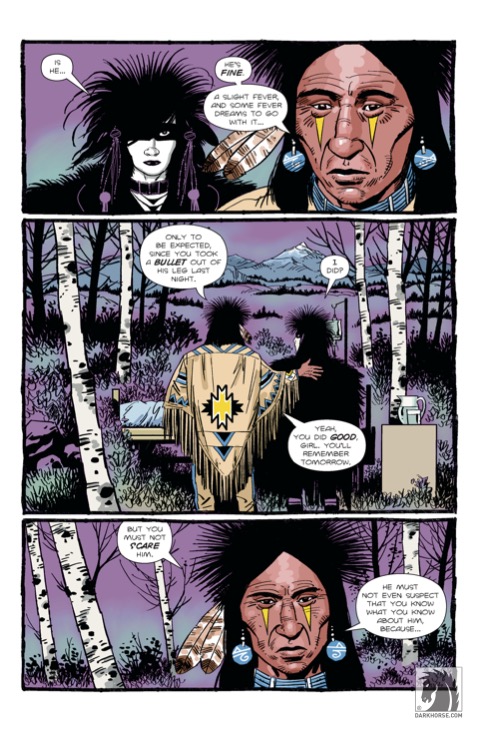 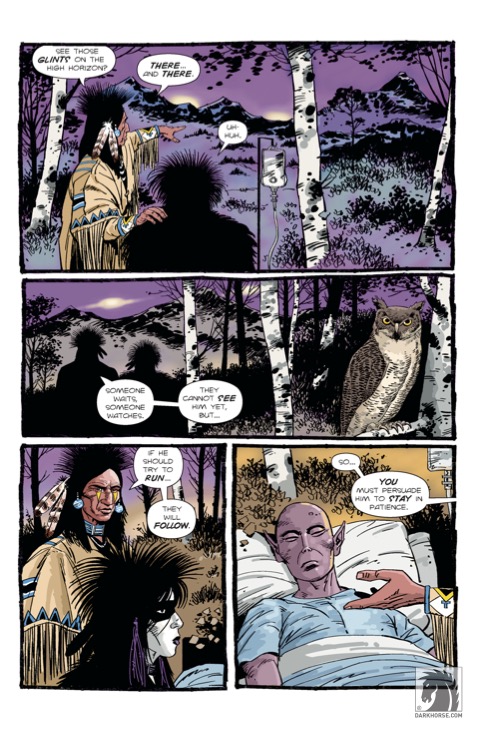 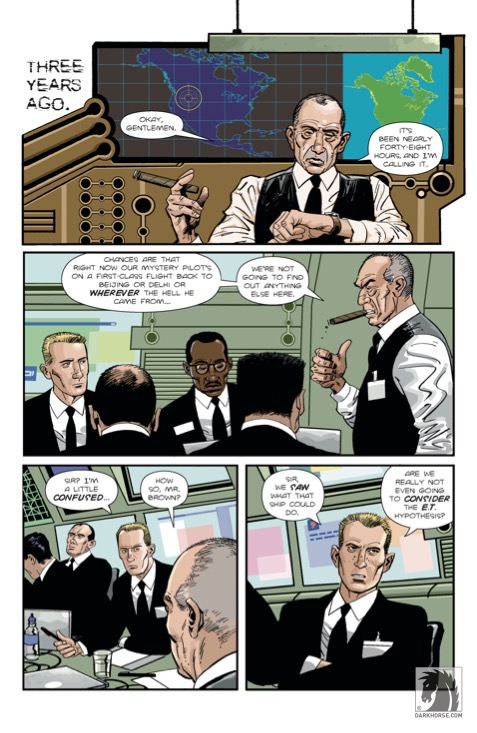 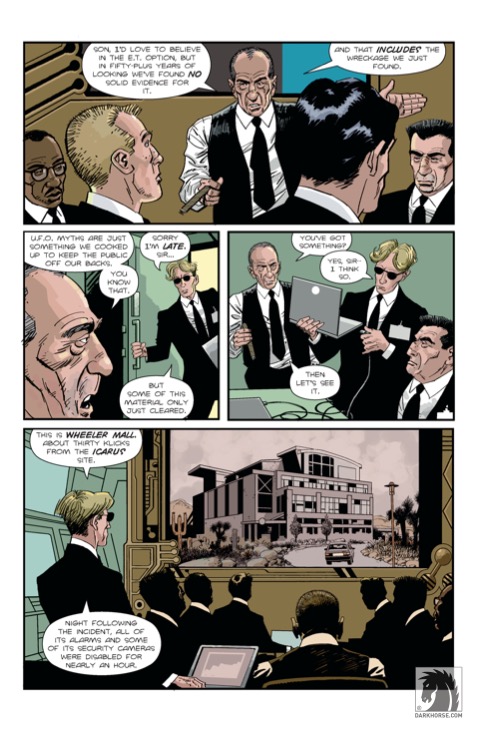 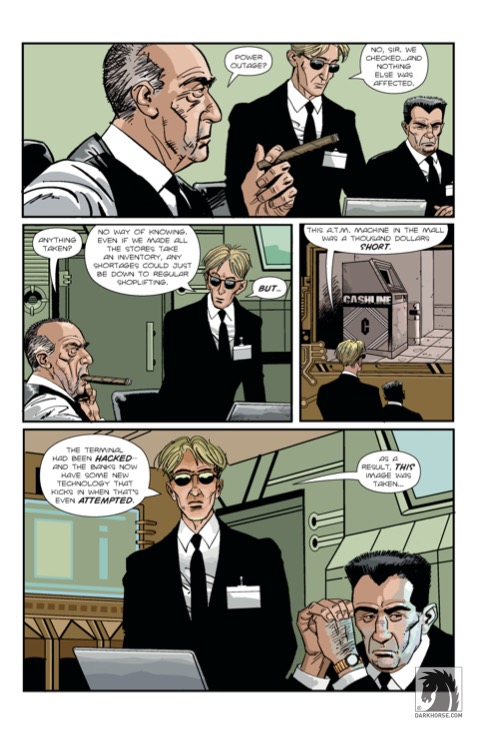 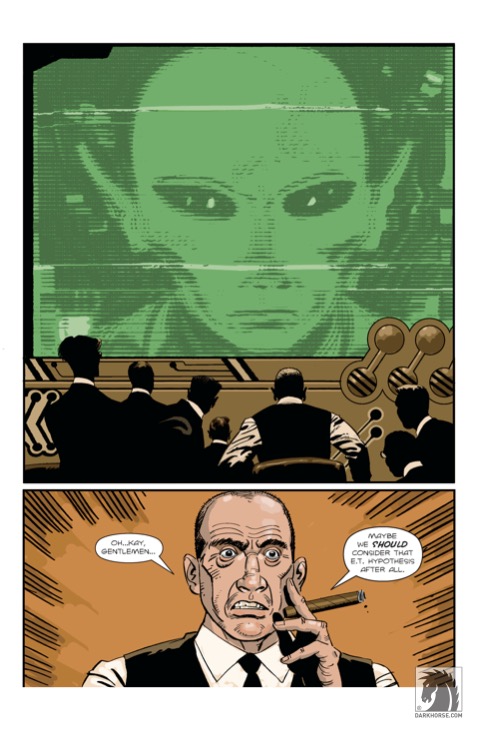 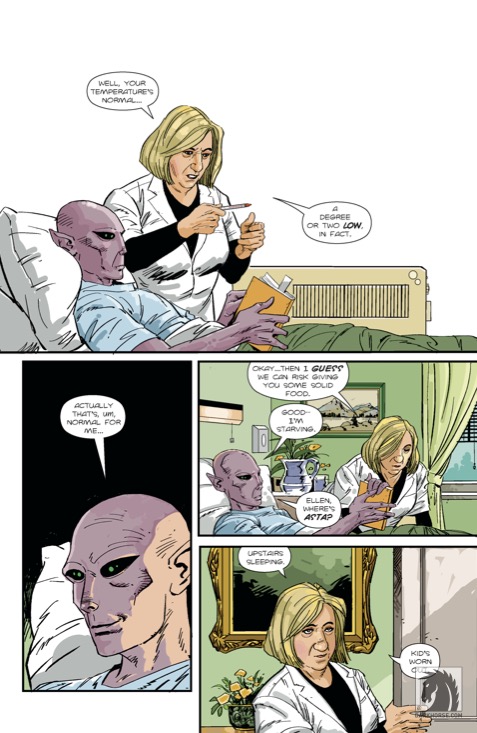 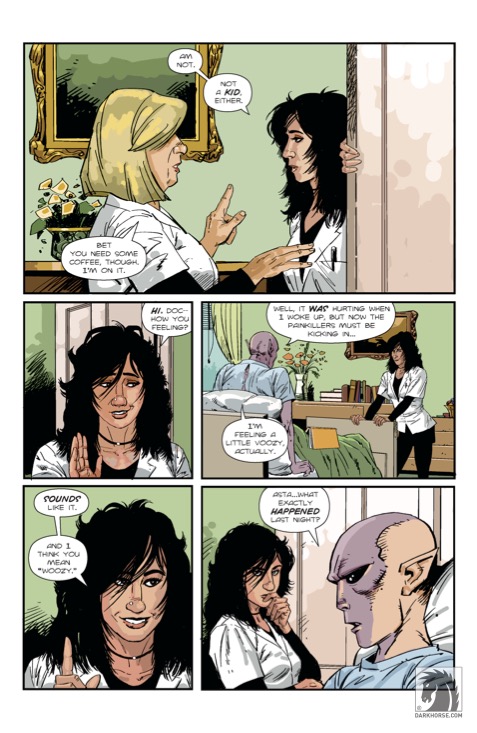 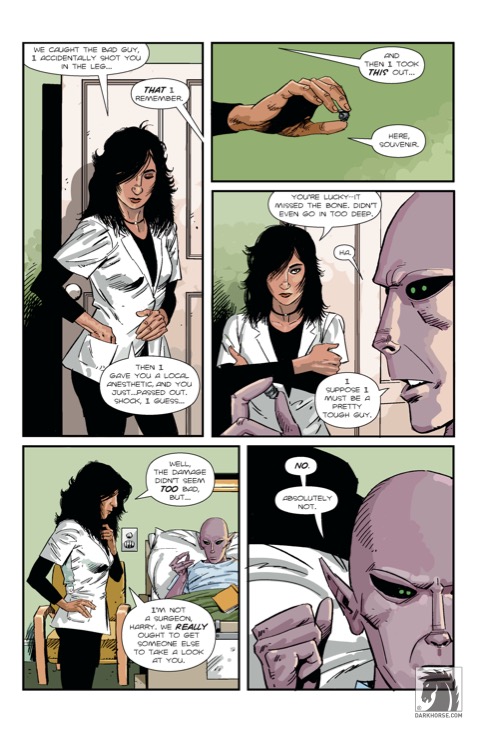 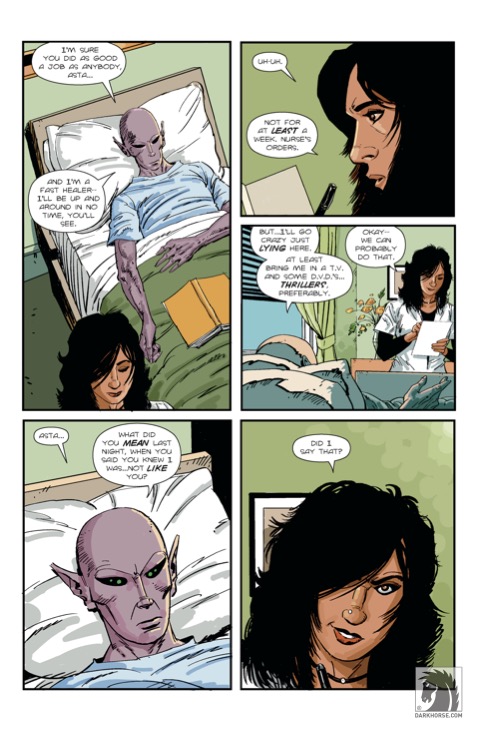 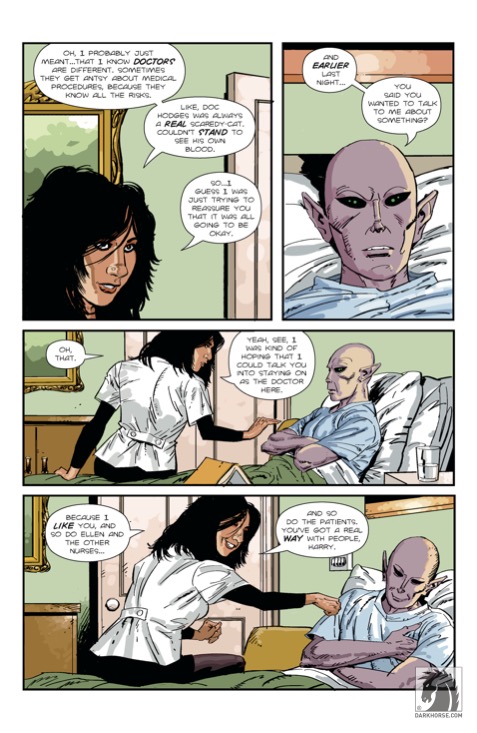 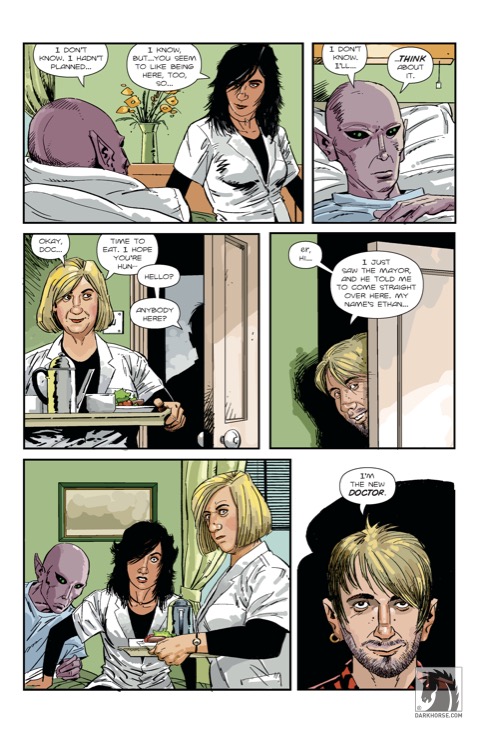 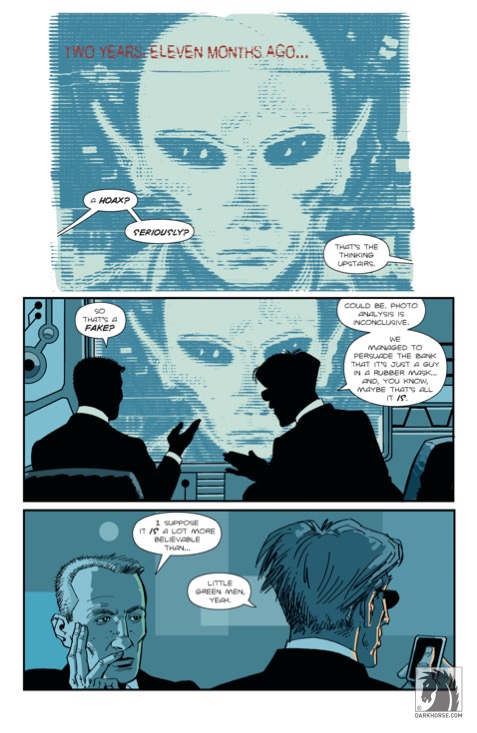 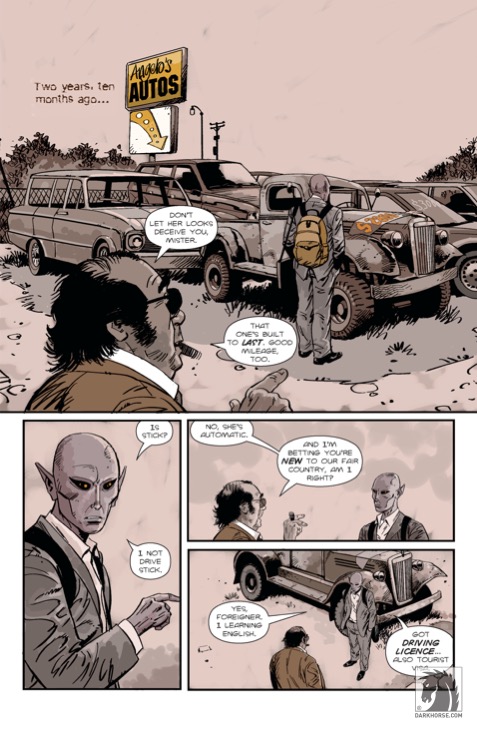 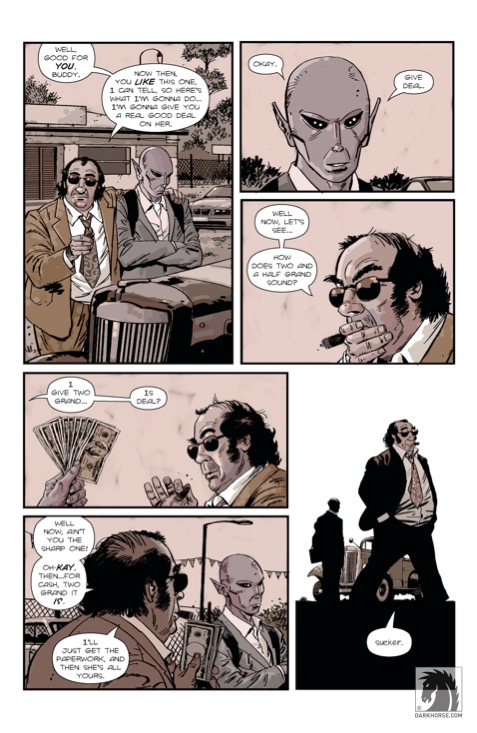 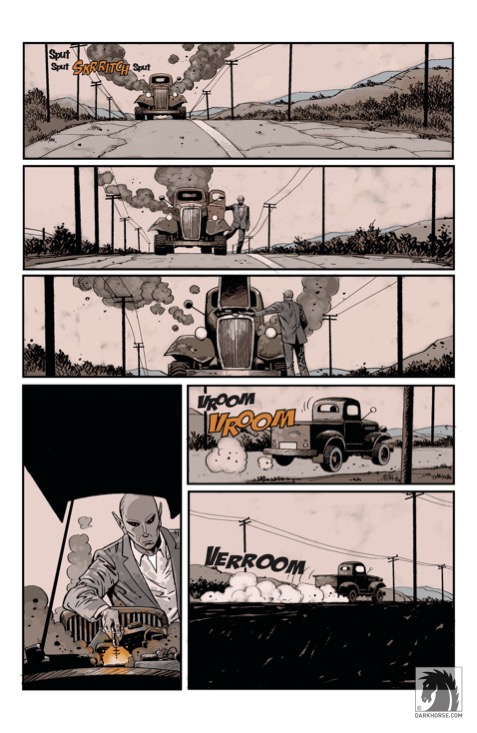 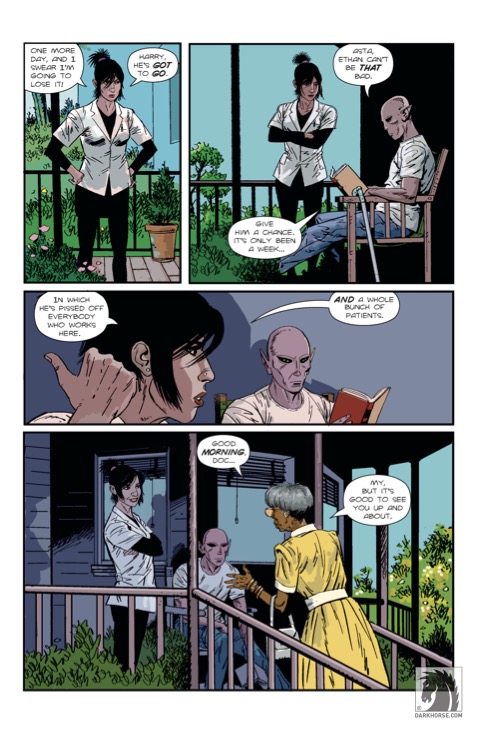 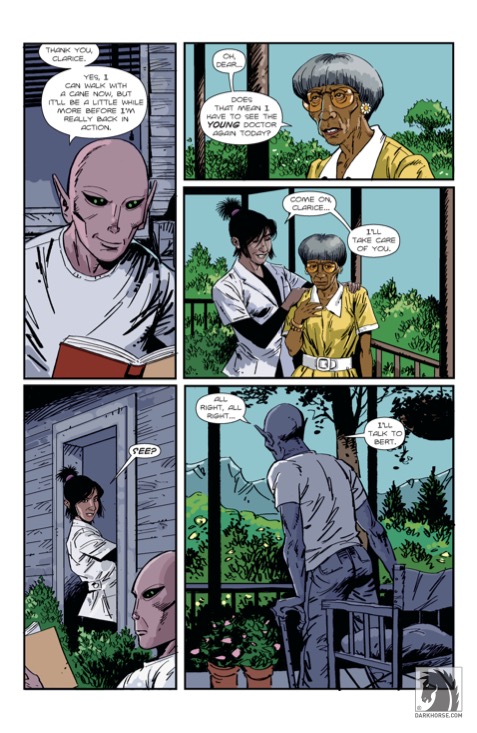 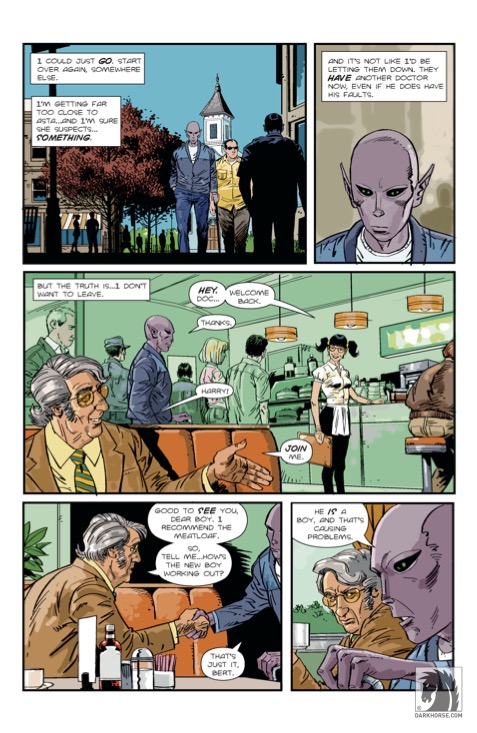 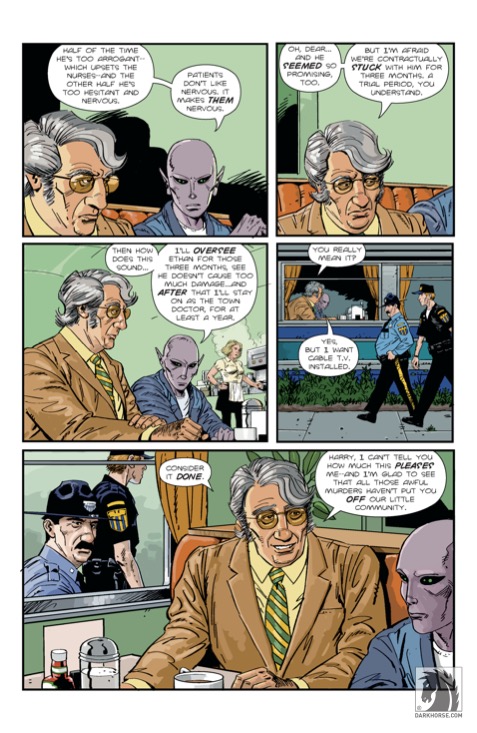 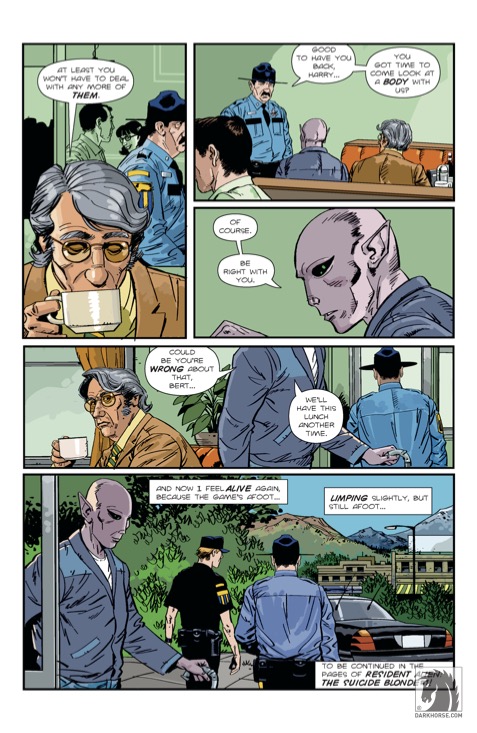 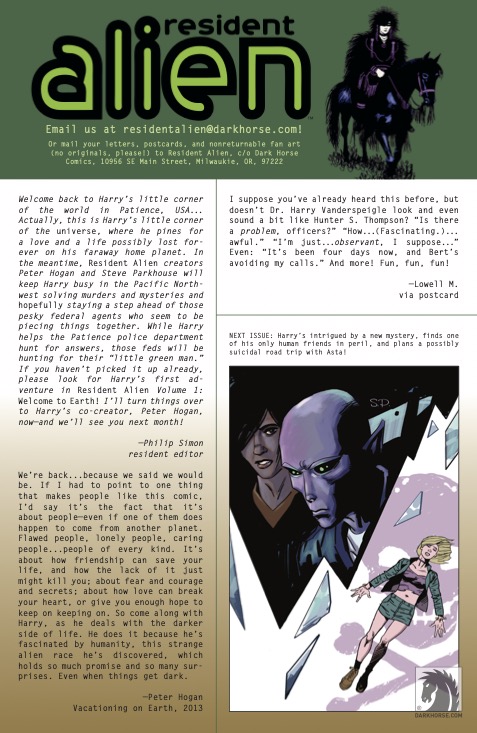