Disney princesses, Jedis, and cackling witches. We've got all three in this latest edition of WIRE Buzz!

The Library of Congress celebrated the 70th anniversary of Disney's Cinderella yesterday with a special screening in Washington, D.C. Recently inducted into the prestigious National Film Registry, the animated film from 1950 will be released on a special home video Anniversary Edition this coming Tuesday, June 25.

Cinderella is the ninth Disney movie to be immortalized by the U.S. government after Snow White and the Seven Dwarves, Beauty and the Beast, The Lion King, Pinocchio, Bambi, Peter Pan, Lady and the Tramp, and The Little Mermaid.

In case you're not familiar with the classic story, Cinderella is about a downtrodden young woman who, after years of abuse by her evil stepmother and stepsisters, marries a prince after her fairy godmother magically changes her life for the better.

While we all knew that Star Wars: Episode IX - The Rise of Skywalker would finally close out the Skywalker family saga, Mark Hamill is here to remind us that he's done for good once the movie gets out into the world. He also pretty much confirmed what many of us have guessed since it was announced that he'd be appearing in the film.

"I sure hope so,” Hamill told the AP when asked if this would be his last appearance in the Star Wars franchise. "I had closure in the last one [Episode VIII: The Last Jedi]. The fact that I’m involved in any capacity is only because of that peculiar aspect of the Star Wars mythology where, if you’re a Jedi, you get to come back and make a curtain call as a Force Ghost."

HAMILL’S LAST HOPE: #MarkHamill (@HamillHimself) is hoping to retire from his Jedi job in @StarWars’ next installment #RiseOfSkywalker pic.twitter.com/Kvdb53Sw31

Newcomers include Keri Russell, Richard E. Grant, Dominic Monaghan, and Naomi Ackie. In particular, Russell, who has worked with J.J. Abrams several times in the past on Felicity and Mission: Impossible, is playing a character named Zorri Bliss.

“When I read his script that he wrote I cried,” The Americans actor told The Associated Press in a recent interview. “I mean who knows what it will turn out to be and I hope it remains true to what he originally wanted ... He’s not trying to change it to be something else. He really respects what it is."

Directed and co-written by Abrams, Episode IX opens in theaters Dec. 20, just in time for Christmas.

A stabbing on the U.K. set of Robert Zemeckis's remake of The Witches for Warner Bros. has forced production to temporarily shut down.

According to The Daily Mail, the incident occurred between two members of the crew, one involved with rigging, the other a stagehand. It's also been established that both had known each other prior to the altercation at the famous Leavesden Studios in Hertfordshire.

The injured party, a man in his 40s, who sustained a minor laceration to the neck, was initially rushed to the hospital with a minor neck wound, though he was discharged from the hospital shortly after being treated. The allegedly guilty party was "arrested on suspicion of wounding with intent to do grievous bodily harm." He was released on bail Wednesday, July 17. 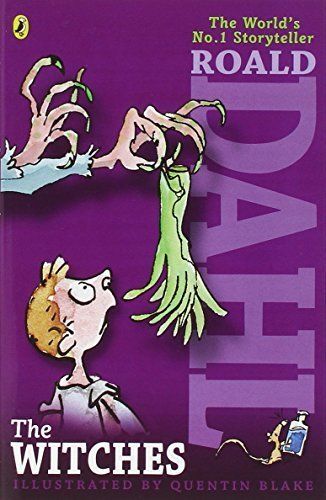 Based on the 1983 book of the same name by Roald Dahl, The Witches is about a young boy who stumbles upon a witches' convention and gets turned into a mouse. It was previously adapted for the big screen in 1990, with Anjelica Huston in the lead role.

Anne Hathaway, who is said to have wrapped her scenes last week, is playing Miss Eva Ernst, the Grand High Witch. Octavia Spencer, Stanley Tucci, and Chris Rock are also a part of the cast.

The Witches flies on a broomstick and into theaters on Oct.16, 2020.

Warner Bros. did not immediately respond to SYFY WIRE's request for comment