This is most certainly true of the North cottage, a quaint lakeside property and the Roman Agency’s latest challenge in SurrealEstate Episode 3. It also happens to be the place where two of SYFY’s most beloved actors reunite.

But unlike in Wynonna Earp, where Wynonna kicked Doc Holliday off the homestead, in this week’s installment of SurrealEstate, it’s Luke Roman (Tim Rozon) who’s trying to boot Harper North (Melanie Scrofano) — and whatever else is lingering there — from her house so he can sell it.

**SPOILER WARNING! Spoilers ahead for SurrealEstate Season 1, Episode 3, "For Sale By Owner."**

Upon first meeting her, Harper North seems a bit… odd. She’s got disorderly, violent red hair; she almost delights in telling prospective buyers about all the people who have died in the house over the years; and, at the end of every tour, she’s infallibly lifted up by a gust of wind from hell that serves as a warning to any who should want to move in.

Incidentally, no one does. That’s why Harper’s brother (the so-called “tool” of the North family) contracts the Roman Agency to move the house, and Harper as well. Ever since their father died, Harper’s sort of just been squatting there rent-free. And, judging by how she shows the place, she’s not really doing a lot to change that. 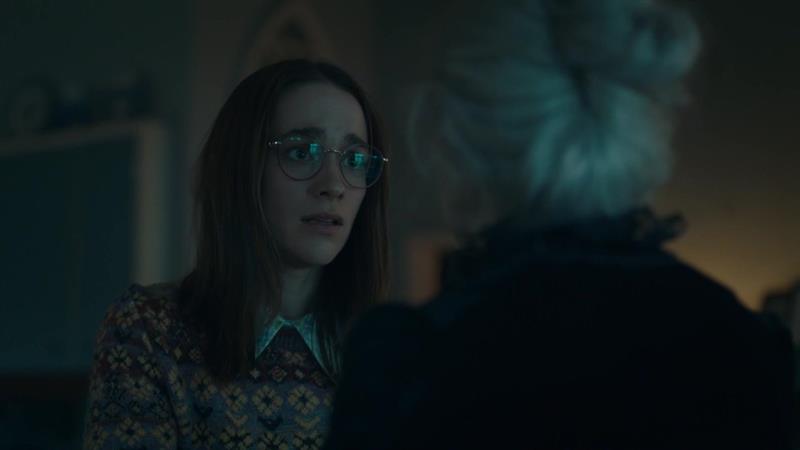 Before making the weekend trip up the coast, Luke drops in on Megan Donovan (Tennille Read). It’s a strictly professional house call, but one that yields some surprising, hardly professional revelations: Megan and her lawyer ex-boyfriend have broken up. Do we detect some boyish glee there, Luke?

Luke finally arrives at the North cottage, and Harper gives him her infamous tour complete with sharp knife collection; grandma’s eerie music box with its spiderweb jingle; harrowing stories of death, misery and, yes, woe; and for the grande finale, the upsurging wind from hell that threatens to send Harper flying over the stairs and onto the dock. Again.

However, Luke sees through Harper’s tricks. That shocking red hair? It’s just a wig. The wind from hell? A modular fan Harper stuck up in the corner of the porch awning controlled by a remote concealed in her hand. Luke applauds her efforts but is not deterred. He wants to sell that house, and he’s going to stick around until he does.

That night over dinner, Luke gets to know the real Harper, sans wig and woo-woo. She went to college, got a job at Dogwood State Park, and was even offered a supervisory position before her father’s death brought her home. But for some reason, she never left. Perhaps it’s just sentimentality holding her back…

That, or unfinished business.

In the middle of the night, Luke spots the ghost of Samantha North, Harper’s grandmother who died on the property, stalking the docks. Then, the next day, Luke hears voices on the water and goes to investigate; that’s when Harper comes up behind him and knocks him unconscious with a shovel. When he wakes up, he finds himself gagged and bound in a closet, and on the wrong side of a knife in the hands of a possessed Harper, channeling the manifold voices of her dead ancestors. This ain’t no parlor trick.

Luke manages to speak directly to Harper, who’s been forced into a kind of caretaker role by the spirits of the cottage’s deceased former residents. When she hears him, she cuts his binds, and he runs out of the house. Outside, the ghosts have emerged from the lake looking for him, and he takes cover in the woods.

There he runs into Granny Samantha again, this time singing a little ditty. Something something “get her out” something something “let her fly”... It’s hard to hear, and might be in another language, but Luke thinks it’s important and he records it on his phone.

Off “Father” Phil’s (Adam Korson) suggestion, Luke plays the voice note backward, and deciphers the message: to “play it backward.” Not the voice note, but the music box. Grandma Samantha’s music box!

Back inside the cottage, Harper is at the dining room table hosting a cheap dinner party for all her dead, resentful, overbearing relatives. One of the more boorish among them forgets his table manners and gets Luke by the throat. Luke manages to squeak out the words “music box” and “backward”; Harper puts them together, and does just that, which conjures Samantha. She explains that when her husband died and she took her own life, her obsession with the house placed a curse on it. Its victim was Harper, burdened with more than her fair share of responsibility.

Now that the melody has been turned back, the ghosts of that house, and Harper, can walk freely, in this world and the next.

The job’s been a trying one, and Luke returns to the office worn out. With a little pep talk from Susan (Sarah Levy), he plucks up the courage to go to see Megan on what is avowedly not a professional visit. Megan welcomes him in, along with the bottle of whiskey he brought, and has him wait in the library. Alone, Luke is visited by the ghost of his mother, who comes bearing less than glad tidings. She takes the rare opportunity to remind Luke, in no uncertain terms, just how much she hated him, ever since the day he was born. Oh, and she’s not leaving the house, either.

Looks like Luke’s got some unfinished familial business of his own to tend to... 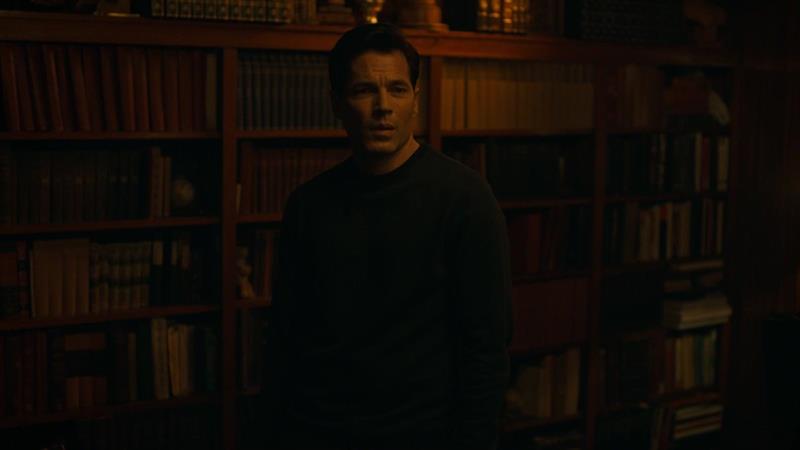 Check out new episodes of SurrealEstate every Friday at 10 p.m. ET on SYFY.