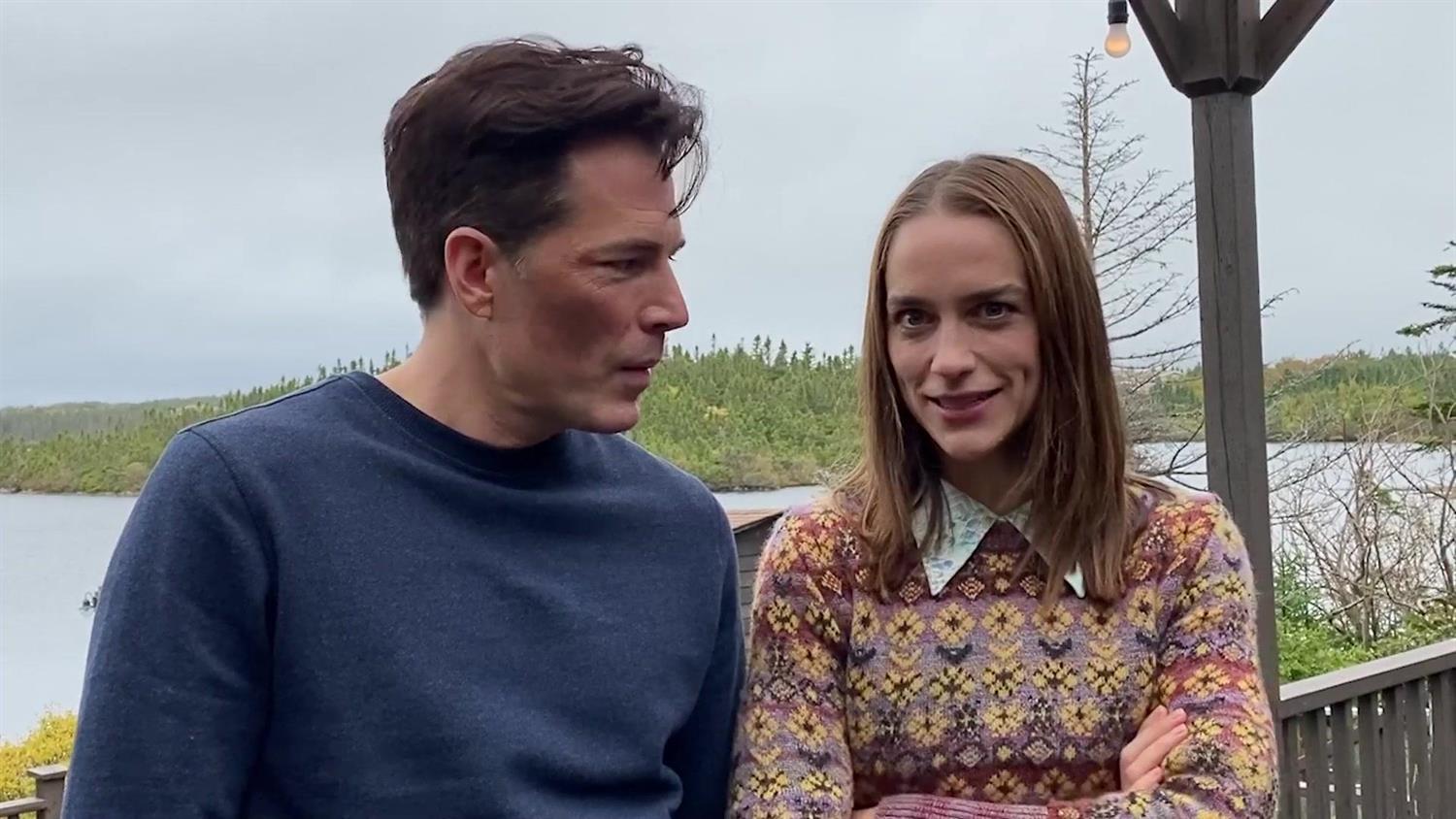 Tim Rozon may not be sporting Doc’s signature mustache anymore as Luke Roman on SYFY’s SurrealEstate, but that doesn’t mean he’s got any less love for his former Wynonna Earp co-star Melanie Scrofano. In the above behind-the-scenes look at SurrealEstate’s third episode, premiering this Friday on SYFY at 10 p.m. ET, we see Scrofano react to Rozon’s clean-shaven face and talk a bit about what to expect from Episode 3.

In this episode, Scrofano plays “a pain in [Luke’s] ass” named Harper North, the owner of the latest house our buddy Luke and the Roman Agency are working to sell. She’s got a hella creepy vibe — though Rozon seems to disagree with Scrofano’s initial assessment of the character. While we won’t go too deep into what to expect from this episode (because spoilers), we can mention here that Scrofano will be working behind the camera as director for two episodes this season.

Check out Rozon and Scrofano’s banter in the video above, and check out SurrealEstate Episode 3 when it premieres this Friday at 10 p.m. ET on SYFY.