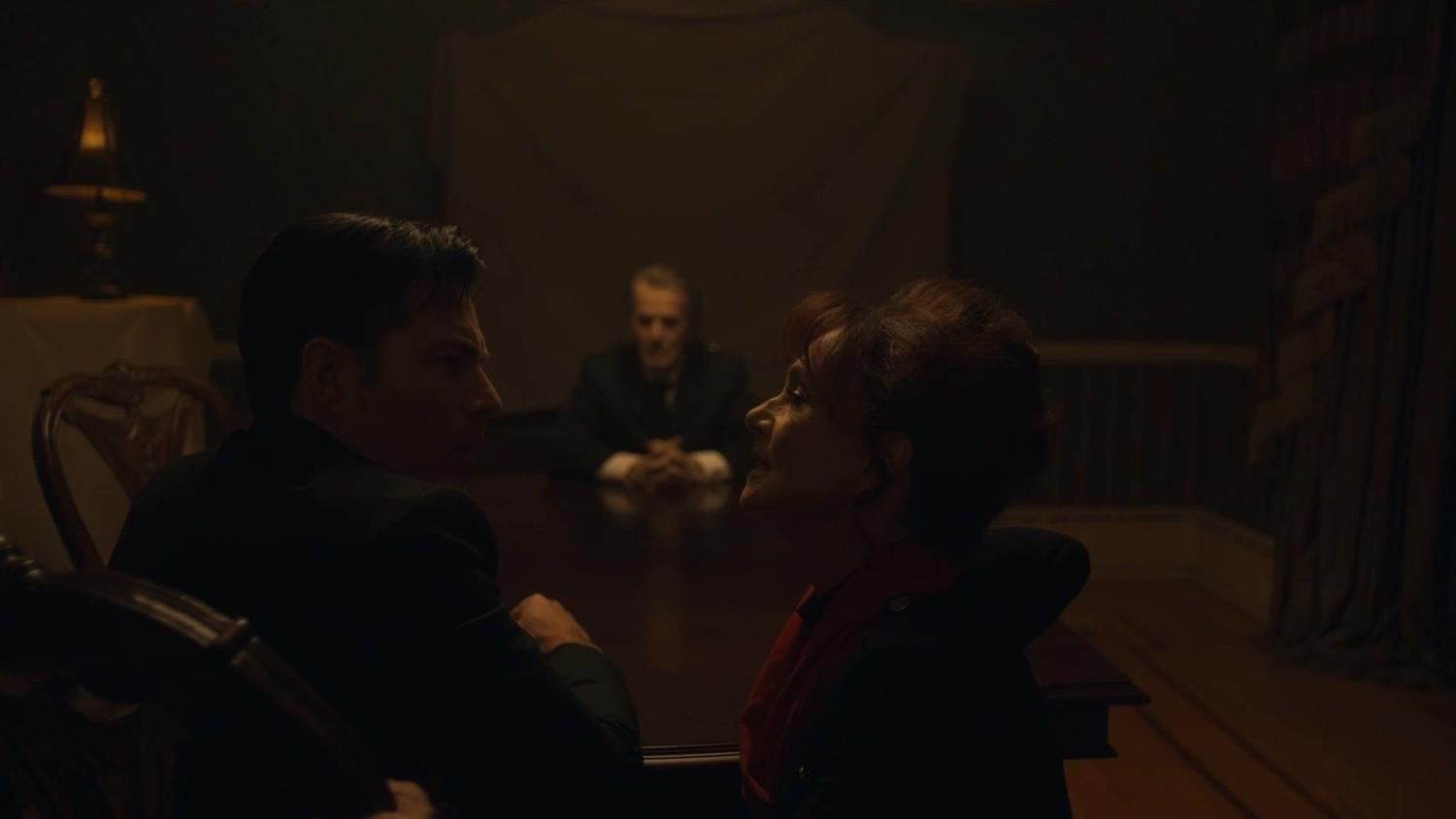 SurrealEstate recap: In the season finale, we plumb the dark depths of the Donovan House to unearth Luke's trauma

It's all been building up to this. Ever since Luke Roman's (Tim Rozon) mother disappeared in the now-Donavan house all those years ago, it seems he's been chasing down his past to this very place.

Then, when his agency identified a portal to the other side in the house basement and sealed it up, they thought they were done with their problems. The truth is — they were just beginning.

We asked psychics how to 'cleanse' your home of the kinds of negative spirits found on SurrealEstate
SYFY unveils full jam-packed slate of new shows & movies, including 'Chucky,' 'Bring It On: Halloween' & more

Could they have been wrong the whole time about what the portal is for? What the Donavan house is capable of? And how — if at all — they can overcome its seemingly awesome power in the Season 1 finale of SYFY's SurrealEstate?

Last week, while the Roman Agency was snap-officiating a cursed wedding, August (Maurice Dean Wint) was exploring increased energetic activity in the basement of the Donavan House, where he was trapped and imperiled by the dark spirits living there. And when Luke came to the rescue, he was thrown from the front porch by an unseen force, and knocked unconscious.

When he woke up, he was at home, being tended by the good almost-doctor Megan (Tennille Read). He's suffered a concussion and some broken ribs, and definitely needs rest. But Luke's determined to get August out come Hell or high water. And as it doesn't look like there's a problem with the plumbing... Hell it is.

The rescue mission is made that much more difficult by the fact that there seems to be no safe way of ingress into the house — that won't end in one or all of them being thrown 20 feet in the air like Luke. But after some digging around the hall of records, Phil (Adam Korson) locates a house just a few blocks away from the Donavan place that connects via tunnel.

Susan (Sarah Levy), Phil, and Zooey (Savannah Basley) knock on the door of Mr. Henderson, the owner of said tunneled house. Susan spins him a yarn about a very interested buyer looking to drop a whole lot of cash for his house, and he admits them. 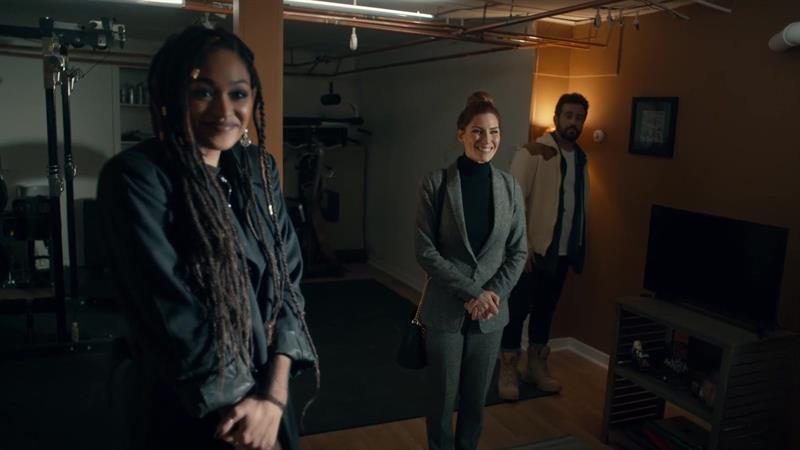 Of course, as soon as they're in the place, the crew head to the basement to locate the tunnel — which happens to be behind a plaster wall. So Zooey does what any ghost-hunting-real-estate-agency-office-manager-Jill-of-all-trades would do: She takes a nine iron to the wall to gain access.

Meanwhile, back at Luke's place, Megan is having a moment. Dating Luke is great, but it comes with a lot of unexpected baggage. She's a scientist with an analytic mind, and these past supernatural hijinx are really asking a lot of her; she needs a break. So when she returns to her place alone, Luke bides his time by going through some emails that Phil sent him when he was investigating the last case.

One of these documents happens to be a death certificate of a stillborn child with the last name of Roman. As far as we can tell, Luke's no stillborn. So who was? He heads to the Donovan house to find out — from his so-called mother.

This time upon his arrival Luke is welcomed into the house without incident, and even invited to table with what can accurately be called the baddest baddie in the place. He's been lurking around that house ever since Episode 1 of the season, sometimes as a crazed surgeon, other times as a crazed gentleman in formal wear. Either way, he always seems crazed.

Now he ultimately reveals to Luke that he's not just a fantasm in the house, but is the personified incarnation of the house. Ever since Luke and company sealed shut the portal to the other side in the basement, lost souls from all over the place have been unable to make the journey — and have gotten stuck there. Their lingering presence, and their lingering agony, have strengthened the house, and it's ready for a showdown.

In a startling show of force as the house occupies the members of the Roman Agency with visits from their deceased loved ones: August's beloved wife, Susan's undemonstrative father, Zooey's ill-fated childhood sweetheart, and Phil's wrathful mentor priest all make appearances.

As for Luke's mother, she's there too, but further inquiry reveals that she's not his mother at all: She's Luke's stillborn twin who died after being suffocated by his misplaced umbilical cord. Luke was born in the shadow of death, and his necromantic powers are the consequences of that twist of fate.

Now his twin wants to switch places with him, to trade his existence for her nonexistence, in the only way possible — killing him. As she tries to strangle Luke, the rest of the team have joined back up to find August. He tells them that they must break the seal they prematurely soldered on the portal in order to free the house of its unwanted guests.

But getting the tools will take time, and Susan has a more immediately executable plan. She uses her pyrokinesis to burn through the lock and throw the latch open. When she does, all the ghosts, including the one that's got a sash around Luke's neck, are transformed into shades and sucked through it to the other side.

The house has been purged of its spirits, and the Roman Agency folks, thoroughly shook after their respective encounters with the dead, cling to each other ever more closely. But Luke has grown distant, because ever since the spirits fled the house — he's lost the ability to communicate with the other side.

So what does that mean for him? And for the Agency?