Welcome to another edition of our FANGRRLS Romance series, where your unapologetic romance readers (that's us) round up some of the reads we're looking forward to this month, as well as the slightly older, occasionally non-genre titles that we've been losing sleep over. Sometimes you've just got to finish one more chapter, you know?

We've assembled 10 sci-fi and fantasy romance recs to read that are being released throughout the month of February, but this is by no means exhaustive. Let us know what you're planning on reading in the comments below.

And our continuing postscript: We're always on the lookout for authors with SFF romance titles to spotlight, so if you're a writer with a book coming out, let us know! You can also chat us up anytime on Twitter, either individually or via SYFY FANGRRLS using the hashtag #FangrrlsRomance. And don't forget to check out last month's releases in case you're looking to add some older titles to your already lengthy to-read list. (The struggle is forever real.) Happy reading! 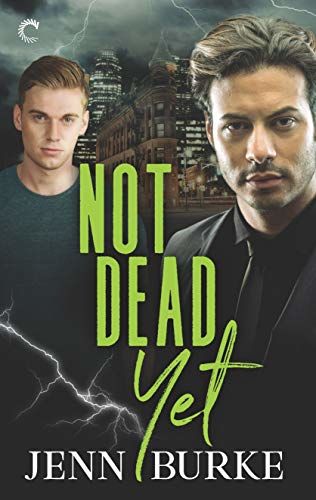 Wes Cooper isn't dead anymore, but he's also technically not alive either. He's what you'd call a not-ghost, someone who can transition between this world and something referred to as the otherplane. Naturally, that means he's pretty damn good at his job as a hired thief, having spent over 70 years returning items to their rightful owners. His latest mission has him investigating a murder, of all things, and he's not counting on his paths to cross with Hudson Rojas, the detective assigned to the case — and his ex, coincidentally. As they work together to track down the culprit, they soon discover they have their own unfinished business to handle. 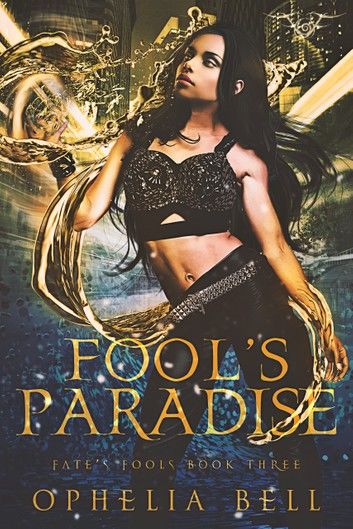 The third book in Bell's Fate's Fool series follows the continuing adventures of protagonist Deva Rainsong (we recommended the second of these in December), and fans are more than ready to pick back up with the continuing adventures of Deva and her men — yes, men, plural! This series is what's commonly referred to in Romancelandia as a "reverse harem" odyssey, and whatever your personal feelings are on that term specifically it's always refreshing to meet a heroine who doesn't have to choose between two men, but embraces romances with both, or several. In this case, the young chimera is still trying to see if she can make things with her human lover Bodhi in particular, but will he agree to her proposition for the sake of her happiness?

This book has been one of our most anticipated romances of the year, and with good reason! The first in a thrilling new trilogy from author Jessie Mihalik, Polaris Rising is a sexy space opera about Ada, a space princess on the run from a marriage arranged for political reasons and Loch, the notorious outlaw soldier who finds himself with his own motivations for hating the royal family. When the two are thrown together in a prison cell, Ada decides to strike a bargain with the literal Devil of Fornax Zero in order to try and secure her freedom, with his help. But as it happens, the Devil himself can be irresistible in tight pants and Ada may stand more to lose than she originally counted on at the beginning of their unconventional partnership. 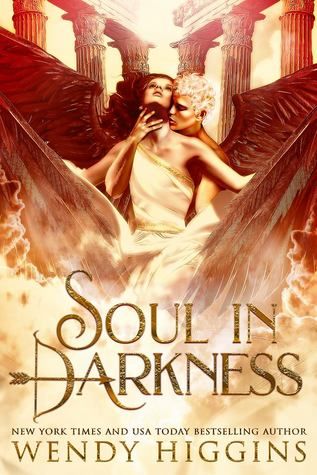 This retelling of the classic Cupid and Psyche Roman/Greek myth from New York Times-bestselling author Wendy Higgins interprets the trope of a young innocent being visited by a mysterious stranger to entirely romantic ends. Princess Psyche is known far and wide for her beauty, but the sudden uptick in gifts and offerings given to her rather than Venus makes the goddess herself angry, so much so that she tasks her son Cupid with punishing the human who has stolen her tributes. Cupid accepts, but doesn't anticipate that he'll fall in love with the woman he's been assigned to discipline. 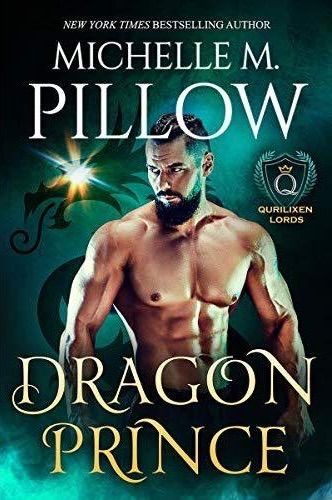 We're always suckers for the "fated mates" trope, even moreso when it's delivered to us in the form of a sexy shirtless Dragon Prince, the first book in Pillow's new Qurilixen Lords series. Heir Prince Grier has an upcoming mating ceremony to prepare for, but finding his destined mate is the least of his problems right now. Tensions between humans and dragons are at an all-time high, and any misstep could lead to war. Meanwhile, the fugitive Salena has found herself kidnapped and brought to a foreign territory, so the last thing she wants is to give herself to a total stranger — even if he keeps insisting the gods mean for them to be together. 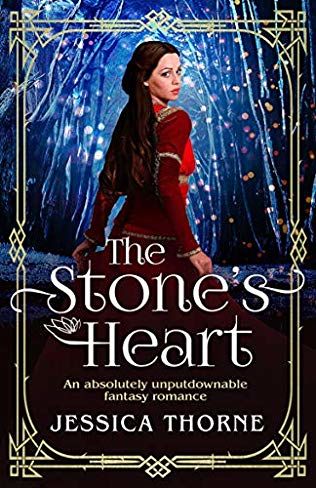 The young and headstrong Petra Kei has been named General of her childhood friend Belengaria's Royal Guard, but while her head may be in the place of helping the Queen rebuild her kingdom, her heart still lingers with the only man she ever loved, the one she'd left back in her homeland. Of course, her past chooses that time specifically to catch up with her in the form of Bel's roguish brother Zander. Petra knows she can't let herself be distracted, especially due to the new rumors of dark magic flying around at court, but she also knows she needs to address what's been left unsaid between her and the man she left behind all those years ago. What will happen when the truth finally comes to light? 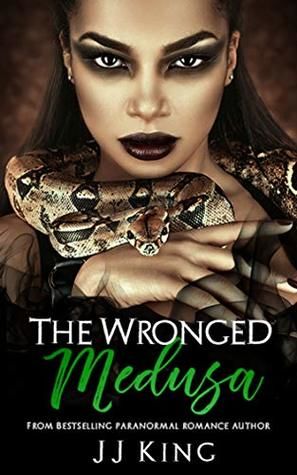 We've got another great myth reinterpreted this month. You might think you know everything there is to know about Medusa: how she lived, how she was transformed, how she died. But what if we were wrong — at least, about the dying part? Medusa, or "Em," is alive and kicking and in search of her sister, Eury, who's in serious trouble, and she's going to stop at nothing to save her. The only person in the world that can help is the god originally responsible for cursing Em to begin with: Athena. Oh, and the only person who can help her accomplish her mission? Poseidon, the god she gave her heart to all those years ago. Can a monster defeat a goddess? 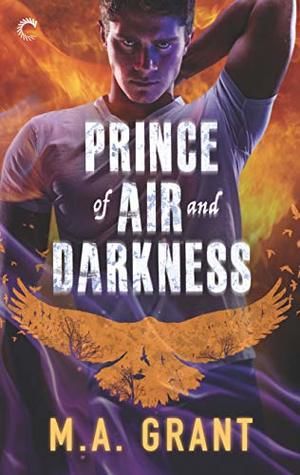 As the only human student at Mather's School of Magick, Phineas Smith had a target painted on his back from day one — and that's even before it's revealed that he has the ability to tap into unlimited magick, the reason both Faerie Courts want him to swear allegiance. Meanwhile, his roommate, Unseelie Prince Roark Lyne, might be the one person who can help Phineas control his abilities — that is, if they can set aside their secret sexual tension shrouded in dislike long enough to form an alliance that could affect their own safety and the very future of the Faerie Realm, beyond. 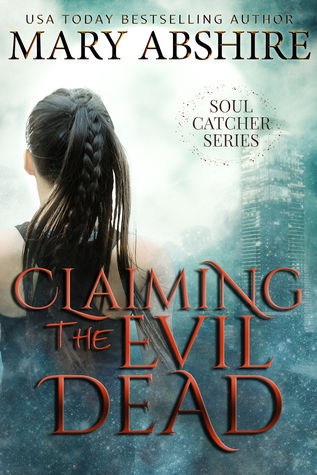 Jessie lives a pretty normal life, all things considered. Office worker by day, paranormal investigator by night, she's learned to hide her true nature and her unique gift hidden from everyone, but when she's approached by a vampire named Drake with knowledge of her ability who propositions her for a job, she finds it's one she can't refuse. An evil vampire is feeding on children and Drake needs Jessie's help to stop him — and while she initially balks at the idea of pairing up with a vamp to stop another vamp, she might come to realize that not all vampires are bad. In fact, some of them are even harder to resist. 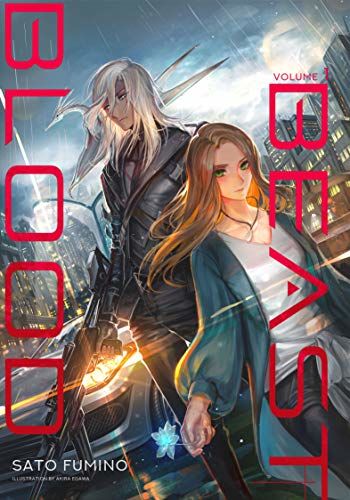 Desperate for a chance to get out of her successful sister's shadow (very Tahani-like, wouldn't you say?), Euphemia struggles to find her own independence as a biotech researcher tasked with destroying a dangerous narcotic known as Nightz. She never thought her work would prove to be a threat to her life until she's rescued from being held up at gunpoint by Zelaide, a nonhuman subspecies known as a Beast Blood. Although the two are convinced they'll never see each other again, it turns out fate might have other plans for this spunky human and her peculiar beast friend and potential mate(?). 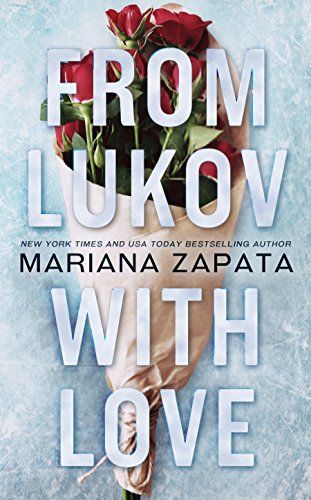 Sally Thorne's The Hating Game was one of those romance books that everyone around me seemed to be reading, even those who weren't necessarily fans of the genre. I never got around to reading that one but her latest read, 99% Mine, seems very much up my alley. I'm a sucker for an old-school Beatrice and Benedick style hate-snark-love story! It's figure skating season — also known as the one time every year I give a hoot about sports — so I must match up my reading choices with it. From Lukov With Love by Mariana Zapata was a big Goodreads favorite last year with its story of a skater nearing the end of her career and the frenemy who may be her ticket to a gold medal. And since 2019 is also the year I promised myself I would finally learn how to knit something other than a wonky scarf (following patterns is tough, okay?), there are knitting romances to be devoured! Penny Reid’s Knitting in the City series promises to fill that gap.

Aside from Polaris Rising, which has been burning a hole in my to-read pile for ages (sexy space opera adventures, COME AT ME), this month has actually been fairly light on the reading front for yours truly. Somehow, I thought it would be a good idea to plan both a big move and a wedding within a month of one another, and as a result my reading habits have sort of fallen by the wayside in lieu of packing, then unpacking, wedding prep and other planning. That being said, I do have some books I'm very much looking forward to reading when I can finally dive into my stack again! Among them is Hired, Zoey Castile's scintillating sequel to Stripped, the first book in her Happy Endings series, which drops February 26. If you need further description, picture the concept of all the best parts of Magic Mike XXL wrapped up in a romance novel, complete with shirtless dudes and warm fuzzies.