Welcome to another edition of our FANGRRLS Romance series, where your unrepentant romance readers (that's us) round up some of the reads we're looking forward to this month, as well as the slightly older titles that have been consuming our waking hours (when we're not working, that is).

We've assembled 10 sci-fi and fantasy romance recs to read that are being released throughout the month of January, but this is by no means exhaustive. Let us know what you're planning on reading in the comments below.

And our continuing postscript: We're always on the lookout for authors with SFF romance titles to spotlight, so if you're a writer with a book coming out, let us know! You can also chat us up anytime on Twitter, either individually or via SYFY FANGRRLS using the hashtag #FangrrlsRomance. And don't forget to check out last month's releases in case you're looking to add some older titles to your already-bursting to-read list. Happy reading! 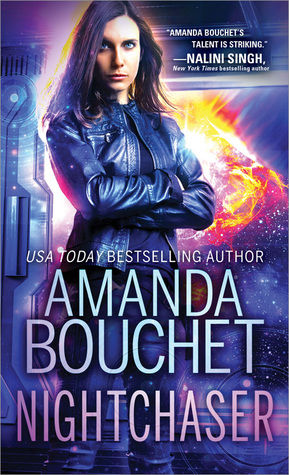 We love sci-fi romances featuring a kickass female protagonist, but we love them even more when they feature a kickass female protagonist who also captains her own band of Robin Hood-esque thieves! What?! Tess Bailey and her crew are on the run from a military general who won't stop until he has them in his clutches, dead or alive, but the last person she anticipated having to rely on is the tall, dark, handsome and morally ambiguous Shade Ganavan. These two are going to have to come together to trust each other in a tough sitch while also ignoring their scorching hot chemistry. 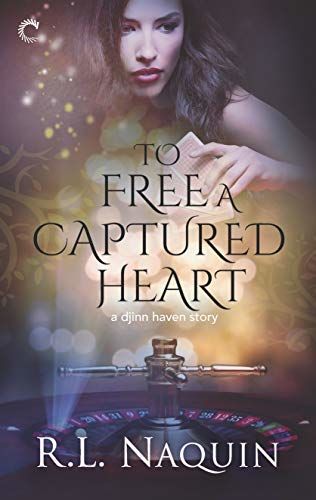 Fans of Naquin's Monster Haven series are already celebrating the latest in a new urban fantasy spin-off featuring Kam, a character who's now stepping into the spotlight in her own series. A soul chaser for the Hidden Government, Kam works to investigate suspicious happenings — kind of a tall task when most supernatural beings are hiding in plain sight as humans. This time around, her team of reapers is checking out a riverboat casino with an unexpected dearth in souls, and it's a job that feels more like a vacation than a mission — but what happens when they find out the pesky Leprechaun Mafia is behind it all? (Because of course they are.) 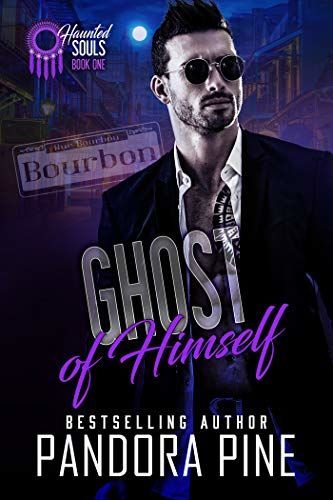 Ghost of Himself - Pandora Pine (January 8)

We love romance's ability to throw two people together in very dire circumstances, and the same holds true in Pine's Ghost of Himself, the first book in her new Haunted Souls series. Psychic Copeland Forbes has been living in isolation ever since an attack by one of his students left him shaken, but beyond that, he's facing an illness no doctor can diagnose. When he travels to Salem to find private investigator Jude Byrne to help him fix his problems, they realize they're in the sights of a terrible enemy and they're going to have to work together closely (ahem) to defeat the dark magick once and for all. 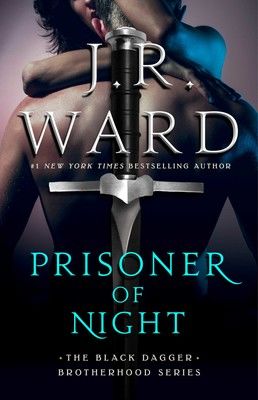 New York Times bestselling author J.R. Ward has captivated the hearts and minds of fans all over with her wildly popular Black Dagger Brotherhood series, and this latest novella promises "an unforgettable story of passion and vengeance" set in that same universe. Ahmare's brother has been abducted, but nothing will deter her from her goal to get him back safely. After embarking on a journey into another world, she unexpectedly encounters Duran, who has been imprisoned for decades, and enables his temporary freedom to enlist his help. Now, they're in a race against time, but will their love see them through unthinkable dangers?

Jones' hilarious, sexy, entertaining heroine Charley Davidson, Grim Reaper extraordinaire, returns for the next and final installment of this series in "an epic showdown between good and evil." When we pick back up with Charley again, she's literally been kicked off the earthly plane, but it seems someone's looking out for her. Once she's allowed to return after one hundred years in exile, it's time to find some answers — like how did she really die? And who killed her? It all finally plays out in typical Charley Davidson style. 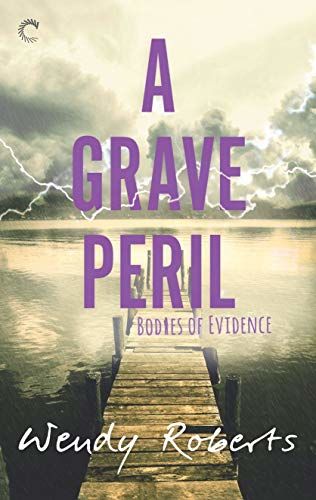 Julie Hall knows where all the bodies are buried. No, really, because it's her job. But regardless of how much success she's been having in unearthing the truth lately, she's decided to take a break from her gig for the sake of her own mental health. (We get it.) She knows she has to come back eventually against the urgings of her FBI agent boyfriend Garrett, but when Garrett mysteriously disappears, it's up to Julie to use her abilities to find him so that he doesn't become part of a new body count. 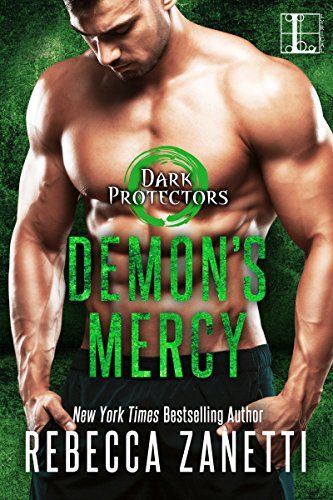 Mercy O'Malley doesn't like killing people. (Which means she's probably in the wrong line of work, but we won't judge.) When she's tasked with taking out vampire-demon Logan Kyllwood, she decides to kidnap him instead (mostly because killing him would be a total waste of those great abs). Unfortunately, Mercy has no idea who she's just kidnapped or what he's in the middle of, as Logan makes his own preparations to complete a terrifying ritual to become one of the Seven — and he's starting to fall for a woman he really shouldn't be tangled up with in the first place. 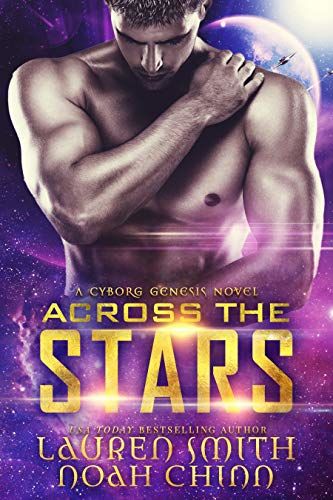 Across the Stars - Lauren Smith and Noah Chinn (January 23)

Freeborn human Laina Roberts has been on the run for the past 10 years, living in hiding from the cyborgs of the Silver Legion who now control every part of remaining humanity. But keeping her existence a secret from everyone has some lonesome side effects, and sometimes she thinks about turning herself in just so she won't be alone anymore — that is, until she gets captured by a Legion officer! Ronan might be hot as hell, but their new connection gives Laina a new mission: to convince the galaxy that everyone has the right to freedom, no matter who they are. 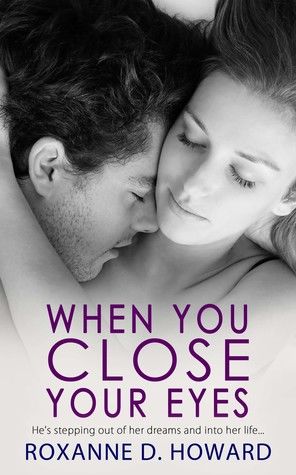 When You Close Your Eyes - Roxanne D. Howard (January 28)

The last six months, Lark Braithwaite has been dreaming of a mysterious Irish man who gives her everything she needs. Too bad reality isn't being as generous to her right now, given that she's trapped in a controlling relationship with her fiance. When Lark returns to her Oregon hometown for her father's funeral, she isn't expecting to come face-to-face with the lover from her dreams — but once her dynamic with Niall O'Hagan shifts from the dreamworld into the real one, Lark's awareness of her own identity and her burgeoning sexuality will also be fully awakened. 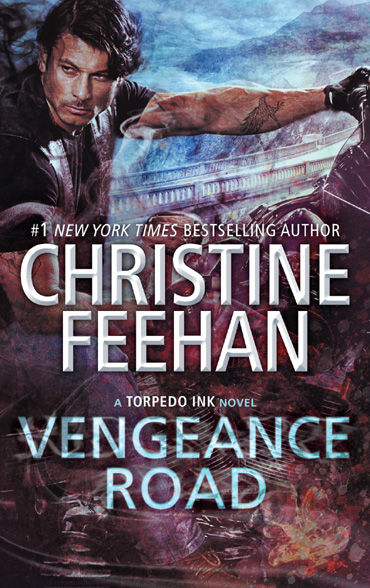 Sexy motorcycle club romances? Yes, please. Angst-filled reunion romances? Double yes, please. Our heroine, Breezy Simmons, was born into the life, but now that she's out of the club she refuses to be that girl again. When she's forced to return to Sea Haven to confront her past, she also has to confront the man who nearly destroyed her: vice president of Torpedo Ink, Steele. But Steele doesn't want to ruin the possibility of a second chance with the woman whose heart he broke years ago, especially when he learns the real reason for Breezy's return. 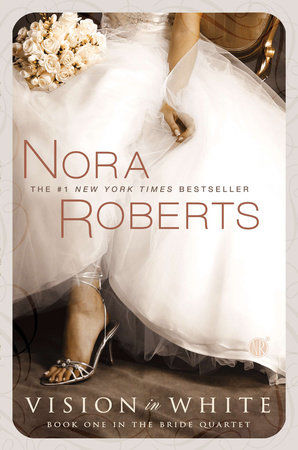 A new year, a new set of resolutions I plan to mostly keep. I hope to read way more in 2019 than I did last year due to a jam-packed schedule, and one thing I’m hoping to do is read Nora Roberts for the first time. Yes, it’s true. I, a romance lover, have never read a Nora Roberts book. In fairness, there are so many to choose from and it’s tough to know where to start. But start I shall! The Bride Quartet comes highly recommended so I shall start with Savor the Moment! Otherwise, I am completely open to other Roberts suggestions, so hit me up in the comments with the must-reads from her extensive and highly impressive back-catalog. 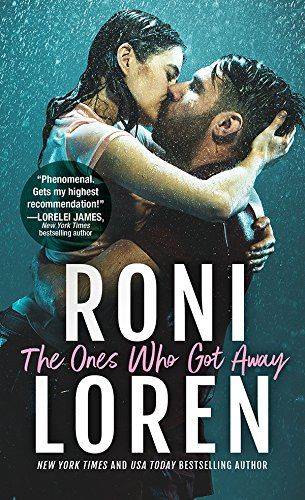 One of my reading resolutions this year? Actually meet my reading goal for once, oops. I fell down a little on my challenge for 2018, but I intend to start 2019 off right and continue strong, and there's no better way to do that than via all the romance novels waiting for me in my to-read pile. If you're looking for a recommendations list from last year, I compiled a recent Twitter thread of 10 of the best romance titles I read — some genre, some not, all worth your time. This year, I'm kicking things off with a book I've had on my shelf but haven't picked up until now: The Ones Who Got Away by Roni Loren, the first in a new contemporary romance series about the survivors of a school shooting who return to their hometown to share their stories as part of a documentary about the tragedy. It's searingly timely, timeless, thoughtful, heartbreaking and ultimately beautiful, and I can't say enough good things about it.

It's a fan thing
Join SYFY Insider to get access to exclusive videos and interviews, breaking news, sweepstakes, and more!
Sign Up for Free
All Posts About
Fangrrls
Get Rec'd
fangrrls romance
lists
romance novels
Related Stories