10 science fiction and fantasy books to read this February

We're only one month into the year 2020, even though it feels like those four weeks lasted 10 years each. The good news, though, is that a new month means new books! There are so many great book releases in February that I found this list hard to narrow down. Each of these interesting and important novels provides an escape, a new world to explore and get lost in.

From witches to queer librarians on horseback to young women with power, here are the sci-fi and fantasy novels that SYFY FANGRRLS recommends in February.

This gorgeous novel (and seriously, I mean that — take a look at a finished copy of this the next time you're at a bookstore!) focuses on the paranormal in Victorian London. Bridie Devine is a female detective, and she's quite good at it. But she just got handed her strangest case yet, the kidnapping of a young woman with supernatural powers. I love this kind of thick atmosphere and sense of place in a book, so I can't wait to dive into this one.

In the not-so-distant future, climate change has wreaked havoc on the world and the land is half-underwater. The world is divided between haves, who live on what’s left of the land, and have nots, who have to make do on the water. This story follows an Olympic athlete, Gwen, who tries to represent her country, AutoAmerica, in the face of divisiveness and the crumbling foundations of a once-great society.

This fantasy novel is set in a futuristic world where technology is no longer advancing. This makes the great houses, those in charge of the city, nervous because their power is becoming more precarious. As a sickness rages through the upper class, one young man must fight to claim the city's power for himself, but he soon realizes the price to gain it might be more than he wants to pay.

Sarah Gailey's detective-novel-set-at-a-magic-boarding-school Magic for Liars was one of my favorite books of last year, so I'm thrilled we didn't have to wait long to see something new from them. Upright Women Wanted is a novella about queer librarian spies who ride around on horses and fight for what they believe in. What more do you need to know to want to pick this one up?

I first heard about The Unwilling from literary superstar Erin Morgenstern, whose recent novel The Starless Sea was a wonderful read that centered on a love of books and stories. This epic fantasy is about a young woman, Judah, who was raised with the royal family but has no power or status of her own. But it turns out she is more important than she realizes, and she'll have to use everything at her disposal to keep from being used as a pawn in others' schemes. 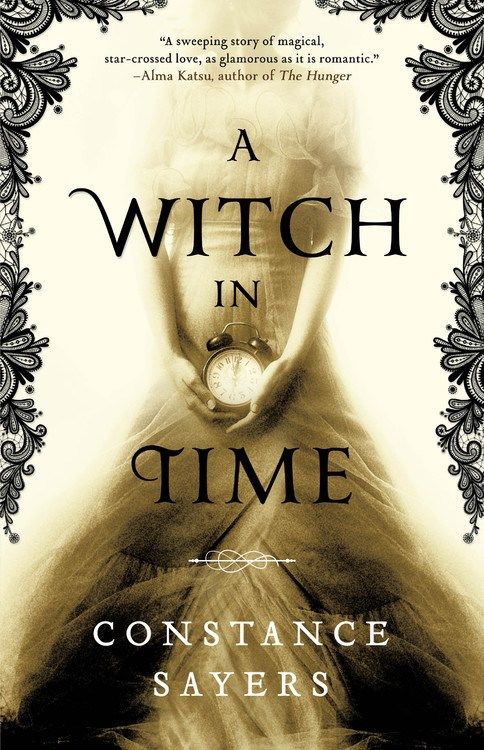 We here at FANGRRLS are all about everything witch-related, so I immediately picked up A Witch in Time when I first heard about it. This novel takes place in seven different time periods, over the course of the many lives of Helen Lambert, who's been cursed to live her tragic love affair over and over again. But with every rebirth, she gains new powers, and she might just figure out to break the endless cycle she's stuck in.

Witchmark, set in a fantasy world in which a doctor works with veterans of a terrible war, was a gorgeous, thoughtful novel with a sweet love story at its core. Now, Polk is back with the sequel, called Stormsong, and it promises to be excellent. Despite containing some horrors within, Witchmark was one of those transporting reads that gave me warm fuzzy feelings, and I can't wait to return to Polk's intricately built world.

The specific subject matter of this Star Trek: Picard tie-in novel isn't quite clear, though we know it's a prequel novel. Without getting into spoilers, it's likely that the book is based around the events of the Romulan supernova, first introduced in the J.J. Abrams Star Trek reboot. Regardless of what it's about, with the popularity of the show, it's safe to say that this will be widely read, and I'm personally clamoring to get my hands on it.

The cover of The Unspoken Name has a tagline that reads "Priestess. Assassin. Traitor," and really that's all I need to know about this novel. It's sent in a fantasy world and features Csorwe, a former orc priestess who leaves everything she knows behind to work for a wizard as his spy and assassin, with the eventual goal of helping him reclaim the power he was forced to leave behind.

The Hidden Girl and Other Stories - Ken Liu (February 25)

If you haven't read anything by Ken Liu, you need to stop what you're doing and pick up one of his books or stories immediately. He's one of those great authors who's going to be talked about a century from now, so it's incredibly exciting to watch him write in real time. This latest collection brings together 16 of Liu's best short stories over the last five years, and you can bet it's going to be an amazing read.