7 queer comics by nonbinary writers to read this Pride Month

Credit (L to R): Queen of Bad Dreams, cover by Jordi Pérez, The Wilds, cover by Natasha Alterici, and A Quick & Easy Guide to They/Them Pronouns, cover by Archie Bongiovanni

Things are honestly not great for transgender and nonbinary folks right now. There's no point in sugarcoating or sidestepping that reality. Our rights are being stripped away, our Black siblings are being murdered in the streets by police and cisgender men, and one of the most famous women in the world is using her platform to shame and cast into doubt trans folks and our identities.

In honor of Pride Month, in recognition of the value of transgender and nonbinary lives and art, we've gathered the perfect comic reads for you, all from nonbinary creators.

Whether you love comics or love LGBTQ+ art (or hey, why not both?), these comics should be considered required reading — not just this month, but any time.

What if some people's dreams came to life? And what if once they did they had a mind of their own? Who gets to decide their fate? In their epic comic series, Queen of Bad Dreams — with completely unreal art by Jordi Pérez and Dearbhla Kelly — Danny Lore grapples with agency, love, and humanity. Inspector Judge Daher is one of the people in charge of deciding if these dreams, called figments, get to stay in our world and have their own lives. Complicating matters is a new figment produced by a powerful politician's son, Daher's ex's involvement with supporting figments, and Daher's own daughter.

A truly astounding story about people power in the face of corporate conquest, Queen of Bad Dreams is not to be missed. 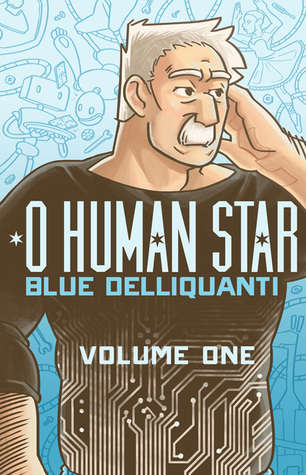 If you discovered the key to AI, what would you do with it? Well, Brendan decides to bring his dead lover Alastair back to life in a robotic body. Oh, and to create a child for the two of them who is almost exactly like Alastair — until Sulla decides she's someone entirely different.

Told in both the past and the present, O Human Star, collected into volumes and available as a webcomic, is an epic meditation on what it means to be alive, what gender means, and how to dismantle the queerphobia that exists inside and outside of us.

Quarter Killer is a comic built from the idea of a freedom fighter who will only accept quarters as payment — so they can call their mama and play old-school video games. QK themself is the very best kind of Robin Hood: not some outsider trying to save people, but a member of the community putting themself on the line in the pursuit of justice. The art comes alive, particularly with the unique lettering created by Ryan Ferrier and the bold colors utilized by Jamie Jones.

Mixing cyberpunk, hip hop, and queer themes, Quarter Killer is the kind of comic that seems like an impossible gift — which is quickly becoming the norm from writing team Vita Ayala and Danny Lore.

Lyla Gryffen is royally pissed off — and as they face a court martial for defying the Sovereign Reach, they decide to give the powers that be a piece of their mind. That's just the opening panels of Gryffen: Galaxy's Most Wanted, but Lyla's belligerence, their rage, and their haphazardly-laid plans to destroy the fascist regime that has a stranglehold on the galaxy will draw you right in. When a naïve young member of the resistance recruits them, Gryffen accepts their help for about two seconds before they just go ahead and do their own thing. Ben Kahn's electric writing style pairs perfectly with Bruno Hidalgo’s expressive art.

A genderqueer space opera for a new age, Gryffen: Galaxy's Most Wanted is everything rage queers like me are looking for in a comic.

The Wilds, written by Vita Ayala, illustrated by Emily Pearson, and colors by Marissa Louise

In one of the most engaging and clever imaginings of zombies, Vita Ayala delivers the kind of unapologetically queer post-apocalyptic tale that will make you sing with the joy in one panel and whimper from fear in the next.

As a runner, Daisy does everything she can to pick through a dead society's ruins to keep her compound alive. But when she finds that the Abominations outside are only part of the problem, she and her partner Heather decide it's time for the world to change. Again.

Paired with Emily Pearson's stunning nature-infused art colored perfectly by Marissa Louise, The Wilds will make you rethink what you know about zombies.

Filled with staggering statistics, compelling art, and relatable dialogue, Gender Queer is also a great book for those who want to know how to support and fight for transgender and nonbinary rights.

Credit: A Quick and Easy Guide to They/Them Pronouns, cover by Archie Bongiovanni

A Quick and Easy Guide to They/Them Pronouns was developed to be exactly what the name states: an illustrated introduction to using gender-neutral pronouns. Written by BFFs Archie Bongiovanni and Tristan Jimerson, this book aims to make it easier for cisgender folks to understand, respect, and use they/them as pronouns. Additionally, the short graphic how-to includes passages specifically geared toward nonbinary folks, providing information on how to survive a binary-infused world.

The creators educate readers with an easy, accessible tone, Bongiovanni’s signature in-your-face art, and a bucket load of humor. If you haven’t read Bongiovanni’s Grease Bats, make sure to pick that up, too.

The lasting importance of Haunting of Hill House's Theodora