We're back with this month's edition of our FANGRRLS Romance series, where your unapologetic readers of the romance genre (the two of us) break down some of the books we're looking forward to this month, as well as the slightly older, occasionally non-genre titles that we're finally reading.

We've got 7 sci-fi and fantasy romance recs that are being released throughout the month of May, but this is by no means exhaustive. Let us know what you're planning on reading in the comments below.

Our continued friendly disclaimer: We're always on the lookout for authors with SFF romance titles to spotlight, so if you're a writer with a book coming out, let us know! You can also chat us up anytime on Twitter, either individually or via SYFY FANGRRLS using the hashtag #FangrrlsRomance. And don't forget to check out last month's releases in case you're looking to add some older titles to your TBR pile. Happy reading! 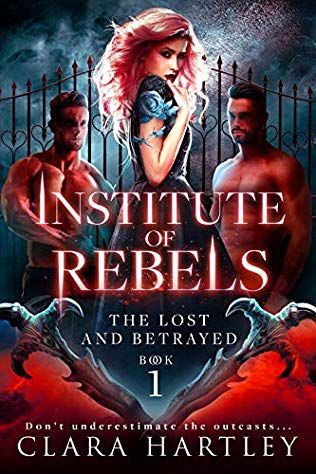 Institute of Rebels - Clara Hartley (May 3)

We've read post-apocalyptic stories with romance elements before, like The Hunger Games, but Hartley's first novel in her The Lost and Betrayed series posits a potential answer to a question us romance readers have always wanted to know: what if Katniss didn't have to choose between Peeta and Gale? In a wartorn land known as the Republic of Nations, gangs controlling the streets and gunfights are an inevitability. Stace, a woman with never-before-seen powers, is captured from her life of hiding out and told in no uncertain terms that she's to serve at the Rebellia Institute as a member of their special forces team — but she's not expecting that the two elite trainers she's been paired with will be unlocking more than her ability to fight, if you catch our meaning. 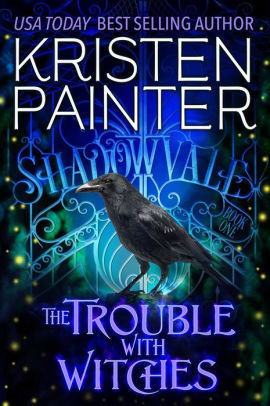 The Trouble With Witches - Kristen Painter (May 13)

We're big fans of small-town romance — even moreso when there are supernatural elements involved — and Painter's new Shadowvale series, about a town where the sun literally never shines and everyone literally bears a curse of their own, promises love and magic in equal measure. Raven shifter Deacon Evermore has been Shadowvale's peacekeeper for a long time, but he'd rather live anywhere else. The same holds true for fledgling witch Em Greer, who wants to escape her circumstances but can't bring herself to wander too far away from that handsome Deacon. But when Em's past comes knocking, the town refuses to let her leave. Will he be able to save her, or will the dangers of her backstory defeat their burgeoning love? 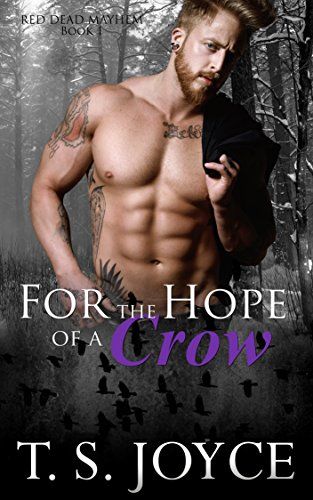 Motorcycle club romance? Yes, please. A motorcycle club consisting of shifters? Oh, hell yes. Alpha and leader Ramsey Hunt is reeling from a recently broken mating bond, and he's threatening to take down his entire clan of crow shifters with him in the resulting spiral. Enter Vina, who literally marches into the Red Dead Mayhem clubhouse demanding a meeting — with the claim that he's her new mate. Turns out they've been matched online and she's convinced he might be the one she's been searching for after a series of failed romances. He's damaged and broody; she's determined and stubborn. But what if she could be the one to save not just Ramsey, but the future of the entire clan? 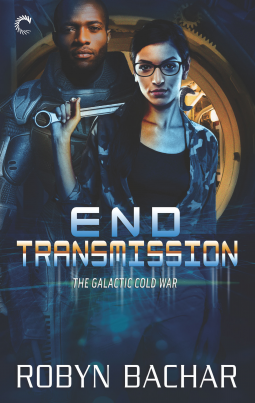 This new sci-fi romance is being described as "Firefly meets James Bond... set in an alternate future where the Cold War never ended," and that alone should intrigue you enough to pick up a copy if the gorgeous cover art hasn't drawn you in yet. Maria Watson has asserted herself amidst a bevy of pirates and privateers after running away to join the Mombasa as the ship's chief engineer, but when a surprise attack separates her from her home, she finds herself stranded in enemy territory alongside the Mombasa's chief medical officer Tomas. Trapped together in hostile space and in possession of a mysterious Soviet weapon, the two must work together to survive — but uncovering the weapon's secrets may prove to be deadlier than the two of them ever realized. 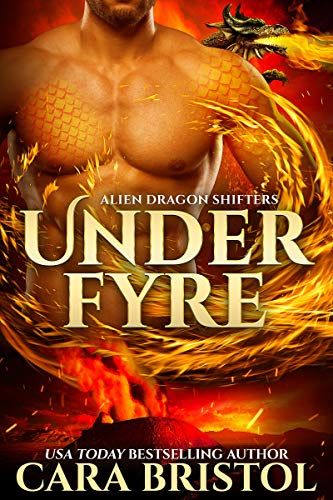 Dragon shapeshifters are one thing; alien dragon shapeshifters are a new breed (get it) of sci-fi romance trope entirely, and we're absolutely here for it. In this particular instance (Bristol's first entry in her new series), the ones who come to Earth do so seemingly in peace — but then threaten an attack. To try and appease their new alien dragon overlords, the representatives of Earth send a human woman, Rhianna, meant as a prize for the Draconian Prince K'ev — but when K'ev and Rhianna first lock eyes on one another, sparks fly for more than one reason. Turns out the hot-blooded prince and the Earthling are destined to be mates, but Rhianna's role might be more subversive than even she knows. Will the two of them become pawns in a desperate fight for control, or will they be able to forge an alliance between their respective worlds? 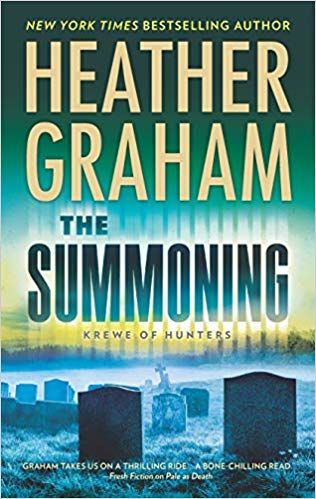 The Summoning - Heather Graham (May 21)

When Kristi Stewart inherits an old bed-and-breakfast in the heart of Savannah, she's already aware that it comes with plenty of longstanding rumors of hauntings attached — but she's never considered herself a believer in the supernatural, even though she holds seances at the B&B for those who do. Of course, that's also around the same time she's literally confronted by a ghost from her past — and runs right into the arms of the handsome Dallas Wicker. Dallas isn't in town on vacation, though; he's investigating the recent (and very suspicious) death of a colleague. Could it be linked to the strange things happening all around Kristi's property? 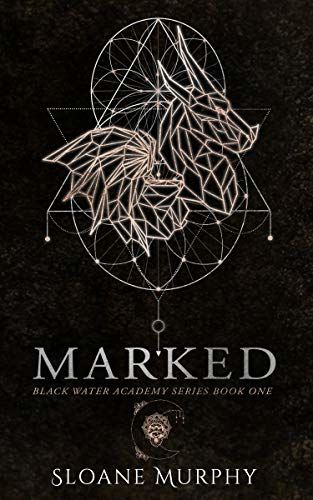 Do you love the X-Men but wish there was more romance happening for those fledgling mutants? Well, check out the first in Murphy's new series, titled Marked. Black Water Academy isn't just a normal private school; it's a school for superheroes to come and master their abilities. Eden DeMonford seems like every other young teenager starting out, but she's definitely more than meets the eye. Who can she completely trust in a new place, and what happens when the mysteries of her past eventually follow her there? 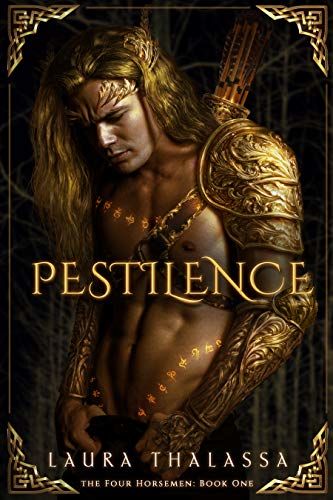 There are plenty of royal romances out there vying for my attention, but Casey McQuiston's Red, White and Royal Blue has an interesting twist on the equation: What happens when Britain's handsome bachelor Prince has to fake a friendship with the American President's son, only for it to turn into something more passionate? It's a hook so good you wonder why nobody else thought of it first. The Flatshare by Beth O'Leary comes with a lot of buzz here in the UK, with one publication calling it "a Sleepless In Seattle for the 21st century." The set-up: Tiffy and Leon live together, share the same bed, and have never met. She works day shifts, he does nights, and they never see one another. Who wouldn’t want to see where that ends? One of the most talked about romances on my Twitter feed for the past several months has been Pestilence by Laura Thalassa. This is another reason I love the romance world so much: Who else would look at the Four Horsemen of the Apocalypse and think, "I wanna f*ck them"? Genius. I'm all for it in this Merry Month of Bae. 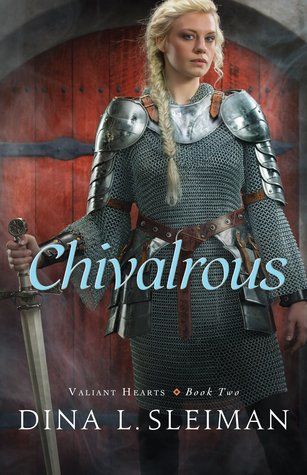 Look, say what you will about what Game of Thrones is doing lately and where it's going (some of those creative choices have been Not Great, Bob), but the one character who will forever and always have the key to my heart is Brienne of Tarth. She was my fave when I read the first four George R.R. Martin books (if I don't read A Dance with Dragons, I'll have TWO waiting for me whenever... that next one comes out) and she was my fave when she was finally realized on screen by the wonderful Gwendoline Christie. So you can imagine my emotions have been very plentiful these last few weeks, and they've also set me on a mission to find all the lady knight romances I can. Enter Chivalrous by Dina L. Sleiman, which follows a woman who longs to be a knight just like her brothers — if she can ditch her family's plans to make her a pawn for an arranged marriage. (And LOOK at that cover art!)