March is here, and that means spring is upon us! It's been an unseasonably warm winter for many of us in the United States, something that's a bit disturbing given what we know about the effects that climate change is having on our planet's weather patterns, but nonetheless, the turn of the weather and the lengthening of the days are always a welcome, dependable sign that warmer times are on the horizon.

This month is always a big one for publishing, and 2020 is no exception: Perhaps what's most exciting is there's a new N.K. Jemisin book — her first foray into science fiction — to celebrate. There's also the novelization of Star Wars: The Rise of Skywalker, on the heels of the incredible Project Luminous announcement, and some new and exciting series to devour over the next few weeks.

In the near future, the dead can live forever thanks to a new technology that allows people to download their consciousness into an external system before they die. But these "people" become the property of the company that created the tech — and a new class of people has arisen, called companions, with no real rights or freedoms. When 16-year-old companion Lilac finds herself leased out to a family she doesn’t know, she wills herself to rebel — and finds that she is somehow able to defy the commands in place to keep her obedient and decides to get revenge on the people who killed her.

The first in a new series from popular author Sarah J. Maas, featuring half-fae Bryce Quinlan, who makes a living selling magical artifacts and is the life of any party she chooses to attend (and she attends more than her fair share). But everything changes in an instant when there's a brutal murder, and Bryce is pulled into the investigation. Hunt Athalar, a fallen angel who couldn't care less about Bryce is forced to protect her, and these two unwilling souls must work together to uncover the mystery of what is really happening around them. 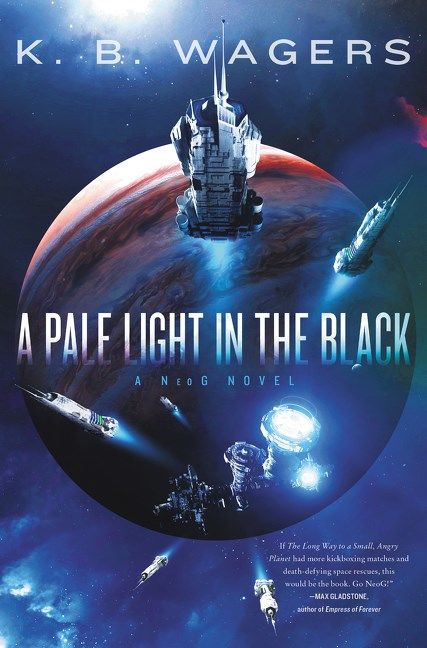 This new novel, another first in a series, has a fascinating premise: it's basically about the Coast Guard, but set in space. In A Pale Light in the Black, the Near-Earth Orbital Guard (NeoG) patrols Earth and its surroundings, protecting the planet from any threats that may present themselves. Maxine Carmichael is a member of the team Zuma's Ghost, assigned to Jupiter Station, and she's eager to prove herself in a place where her family's power has no sway. When it appears members of her team are being targeted and killed, Maxine must figure out what is going on and why, uncovering a secret that could change everything for Earth, the NeoG, and beyond.

Annie is a passenger aboard the Titanic on the ship's maiden voyage, but from the beginning, she can tell something isn't quite right. Someone — or something — is out there, menacing the trip and the people aboard the ship. Years later, Annie is aboard the Britannic, the Titanic's sister ship (having survived that tragedy), and she meets another survivor from that ill-fated voyage. But the presence that was aboard the Titanic may have followed them, and it doesn't appear to be done with them yet.

This powerful and thought-provoking book features Jonathan, an accomplished lawyer who appears to have the perfect life: a gorgeous young wife, an incredible career, and all the right schools on his resume. But when his wife, Adalia, discovers Jonathan's chronic infidelity, she gives him an ultimatum: spend one year in The Fortress, or she will leave. Jonathan willingly surrenders himself to the city-state, one that exists in parallel to our own world, a place that is populated only by women, where they live in isolation. What Jonathan learns over the course of his year of penance will change him forever.

Star Wars movies are always jam-packed, so much so that a lot of interesting (and sometimes vital) parts of the story are left out of the narrative. That's why I always make it a point to read the novelizations, and it's extra exciting that this latest volume is by celebrated author Rae Carson. I can't wait to delve into this book and revisit the story, learning more tidbits about it, before the movie is available to purchase and view at home.

The Empress of Salt and Fortune- Nghi Vo (March 24)

This novella may clock in at just 128 pages, but you can bet that it's a powerful and provocative story nonetheless. In a fantasy world based in imperial China, a young woman must marry for the good of her people after they are brutally defeated in war. In the new palace, she is lonely, without friends, but still intent on bringing down her enemies for all they have done to her and her family. 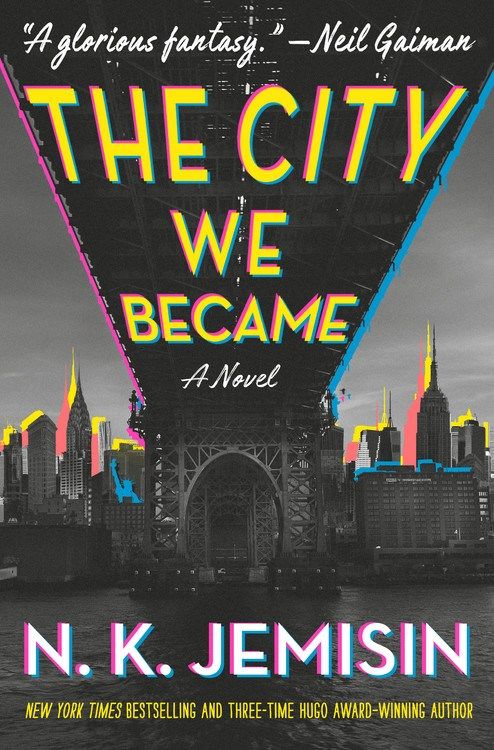 Pretty much everyone has been waiting for N. K. Jemisin's new book, The City We Became, and now it's finally here. Jemisin is best known for her exquisite and earth-shaking fantasy trilogy, The Broken Earth, and now she's embarking on a new set of three books. This time, though, the story is set in our own world, as the city of New York comes to life — quite literally. An ancient evil threatens to destroy the Big Apple unless its newly born avatars — each representing one of the city's boroughs — can come together and defeat it.